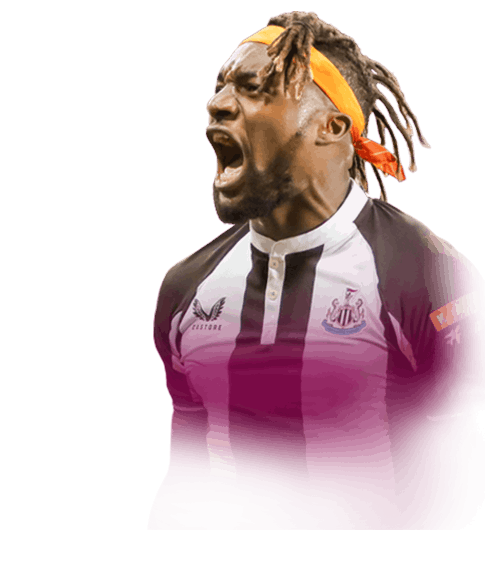 Allan Saint-Maximin's FUTTIES WINNER card is rated 97, he is 173cm | 5'8" tall, right-footed France midfielder (LM) that plays for Newcastle Utd in Premier League with High/Low work rates. His average user review rating is 5.0 out of 5 . He has 5-star weak foot and 5-star skill moves, giving him the ability to perform every skill move in the game. He does have a real face in-game. Allan Saint-Maximin has 2 special cards with ratings between 79 and 97. He was born on 12-03-1997 and he is now 25 years old.

His real-life stats are currently 1 goals and 2 assists in 4 matches in domestic competition. He also received 1 yellow cards and 0 red cards.

Hello and welcome to my review and my take on the 97 ULTIMATE FUTTIES PREMIUM SBC Allan Saint-Maximin.

Although he is close to a million coins in AUGUST, I still feel like he is worth EVERY coin, because of the fact that there is many fodda packs out right now and as I already said you can basically get him for 4 tokens(84+x25 3 tokens and 82+x25 1 token). In addition to that he is a very good player ingame with 5*5* and a 97 rating.

I am very scared to give a 10/10 in shooting because I feel that a player should score every shot then however the SAINT is a clear 10/10, because his shots are simply insane. Something that really boosts him from players like 96 Gelson Martins is that he has that 5* Weak Foot. Finesses? Top corner. Low drivens? Yupp, they are also fantastic. Chips? You already know the answer, they are insane.

His passing are not quite a 10/10 because of the fact that he has 75 FK. Accuracy and 85 Long Passing however his passing is very good but not the best in the game.

Hallelujah. My favorite part about this card. Combining the 99 Ball Control, the 99 Dribbling, the 99 Agility, the 99 Balance and the 93 Reactions(with marksman on 7 chem) with 5* Skills and a 5'8'' player you just know that you have a magical dribbler in your hands. Even though he has STOCKY body Type he still feels really silky and glides past defenders.

Well off course you didn't come to this review for his defending, however it is OK and better than 35. He can play in a CM role but he is an attacker.

Because of the fact that he has got that stocky body type he feels much stronger. He can hold of players and that 98 STRENGTH(with Marksman on 7 chem) doesn't make him worse. In addition to that he has got 99 Jumping which is good for heading, 99 STAMINA so he will run for the whole match. Although the card says 55 Aggression it feels higher because Saint-Max really want to win the ball and fight for it after he - or someone else - has lost it.

-When you score with him you can sing the Saint-Maximin song (It's called:

As I did the swaps, I manage to did Saint-Max as well as Griezmann. If u want, I also did a review on Griezmann. But now I'm gonna talk about Saint-Max.

As I'm playing a 3-5-2, I decide to play him in ST, next to POTM Mbappé and w Griezmann in CAM. The first thing who is incredible w him is his speed. He was outpacing a lot of CB and his pace overall is just cracked. Then, his shooting and dribbling are insane. He's dribbling so much defenders easily, and finished so easily as well. He's a mix of like the speed of my Mbappé, and the dribbling and finishing of Griezmann. He's juts too good.

Maybe price if u did not made the swaps, but he's still affordable

I bankrupted myself getting this card and it was 100000% worth it. I play him as striker on the left side in a 4-1-2-1-2 (2) formation and I was amazed with how amazingly easy he makes everything. This guy does not miss, he easily gets past any defender and has the silkiest dribbling I've ever used. I've played 5 games with him so far in elite devision and he has gotten me 10 goals and 6 assists. His passing is also great and will make things very easy when going for those lob through passes to the other striker. Lastly he is a beast physically, his strength helps him get passed defenders and keep the ball magnificently. It was truly a pleasure to play with this card.

Everything you could possibly want in any attacking position.