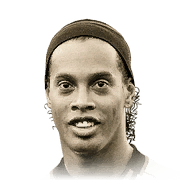 -
Sub out
Upcoming Matches
P. Chemistry
Squad chemistry
ST
83
RW
88
LW
88
CF
87
RF
87
LF
87
CAM
88
CM
82
RM
87
LM
87
CDM
64
CB
53
LB
61
LWB
66
RB
61
RWB
66
Reset
Basic
Sniper
Finisher
Deadeye
Marksman
Hawk
Artist
Architect
Powerhouse
Maestro
Engine
Sentinel
Guardian
Gladiator
Backbone
Anchor
Hunter
Catalyst
Shadow
Comments
Reviews
0
/600
Click here to verify your account in order to comment Update my avatar Dos and don'ts
Top Rated
New
Controversial
Show comments
Top Reviews
Only logged in users can submit a review
A review must be written in English
At least 200 characters are required.
Compare this player to other similar players you have used(optional).
If you import your club to FUTBIN or send us an image with the player data(fill the form below) your review will be marked as verified.
Include what you liked about the player in the pros area and what you disliked about the player in the cons area.
Your review will be manually checked during the next 24 hours.
Chem Style Used
Formations
Position
Rate Player Base Stats (1-10)
Pace
5
Shooting
5
Passing
5
Dribbling
5
Defending
5
Physicality
5
Most Used In:
Submit Review

I was lucky enough to pack Dinho from my base icon pack. I knew it was him the moment i saw that cheeky brazilian flag and then he appeared, smiling upon me.

Let's get to the actual review, he has that unique, glitchy bodytype that will win most 50/50 situation with defender.

His pace is good enough for a second striker or CAM with a hunter ChemStyle.

When it comes to shooting, it probably is his best attribute. I have scored from everywhere, with both feet.

So regarding the dribbling, he does not possess the smoothness of a Neymar, i suspect this is due to his 85 agility or his body type in general. Skill moves are still insane tho.

Passes are really, really good from all angles and situations.

Pace is not ideal, but with hunter he is fast enough to run in behind.

Clunky at times when you sprint dribble.

Expensive, you could buy an Mbappe instead. I would say Neymar is better for like half the price.

I already used him last year in over 600 games for great success and he is cracked this year again!

The card is very unique due to lots of custom animations that no other player has, especially dribbling and passing animations, and they resemble the style of Ronaldinho pretty good imo. This alone is good reason to play the card. Perfect antithesis to the spammy through ball meta.

If you are not going to skill a lot and try to create beautiful plays, this card might not be the best.

But if you want to play beautiful football, trick defenders with nice tricks and score only backheel and rabona goals - Baby-Dinho is perfect!

The card is a total game-changer for me because of the unique movement and flair but it is NOT META! There are just better cards on the market for the price if you play 4231 driven through ball meta!

Issues with the card are at most stamina, secondly pace and sometimes inconsistent finishing.

But they are made up for by crazy flair, unique animations, godlike passing and dribbling and the ability to score absolutely crazy goals almost every game.

Biggest issue with this card imo from a meta perspective. Even with a hunter on it, you will never be able to just run past varane, marquinhos, cordoba, etc like you do with meta players like FB Benz, Mbappe or basically any other 90+ pace striker/cam.... And these fast defenders WILL catch up even if you beat them with skill moves.

But there is a good thing to that. If they catch up after you nutmegged them, you can nutmeg them again!

If you are not trying to send him into sprint duels though, the pace is totally fine, especially with hunter but also with engine. I used him as false 9 in 433 without any pace boost with no problems! But if you need him to make some runs at times and not be a pure playmaker, slap a hunter on him!

Shooting on this card is absolutely cracked - until it isnt.

But sometimes he will whiff the easy chances when directly in front of the keeper. It might be just fifa or my inability to score easy goals, but he just isnt as clinical with the easy goals for me as mbappe or rttk fekir for example.

This is where this card begins to be a cheat code. Especially L2 passes are just godlike.

Get the long ball down in the half field, flick it over the pressing defender, L2 pass to the other side of the pitch -> it comes fucking perfectly every fucking time and with style!

Start skilling around opponents kante, he uses r1 to press with his CAM as well, nutmeg the rushing CAM and flick a rabona pass right into the run of your CM who can now do some quick 1-2 to get the attack started.

Its just so much fun to set up plays with him!

As i already mentioned, dribbling with R10 is special. The animations are very different from every other player with sometimes very different timings. But when you get used to it, you will shred defenders!

I dont abuse L1 dribbling that much, so i cant talk about glitching through defenders with that.

Skill moves and body feints are where the card really shines! Defenders will just wipeout if you feint them before going into elastico or even just nutmeg them with directional nutmeg.

Only downside is that the ball is not as sticky as with Pele for example, but it still sticks to his feet pretty good.

Dribbling is also more on the slow side.

Defending is shit, face it. But R10 is not there for defending anyways.

He gets the occasional tackle though.

His strength is decent, he will not get bullied easily by defenders, even Sule, Ramos will have to get a good connection to bully him off the ball. The trick is to just use the skill moves at the right time so when defender starts to bully, you send him in the wrong way.

Stamina is baaaaaad. Its the biggest downside to this card. I use him as lone CAM in 352 with stay forward, conservative and stay on the edge of box. That way, he is playable 90, even 120 min. But if you have him press opponents or even work back on defence, he will be gassed before 60 minutes. So either you sub him off, or the rest of your team has to work for him to play him the whole game.

His passing and shooting are still cracked even when he his gassed out.

But dribbling gets slow and sluggish and pace declines heavily. So he is only useable as playmaker CAM when he is gassed out and not able to make runs himself.

Dinho generally is a cheat code in this game. his strength on the ball while dribbling is mad, his dribbling we do not even need to talk about. pace feels good with hunter and his shooting is great. he has not assisted a lot for me, yet his passing is amazing. all in all, dinho baby is great, not as good as middle, however it is Dinho. game changer, but too expensive too rely solely on him. but again, dinho is dinho