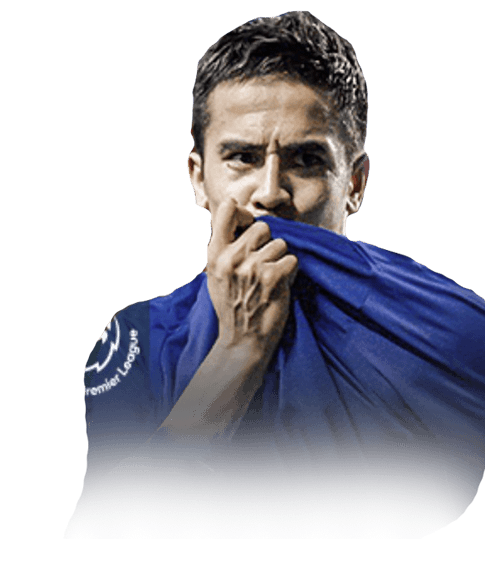 -
Sub out
Upcoming Matches
P. Chemistry
Squad chemistry
ST
85
RW
81
LW
81
CF
83
RF
83
LF
83
CAM
81
CM
78
RM
80
LM
80
CDM
72
CB
72
LB
70
LWB
71
RB
70
RWB
71
Reset
Basic
Sniper
Finisher
Deadeye
Marksman
Hawk
Artist
Architect
Powerhouse
Maestro
Engine
Sentinel
Guardian
Gladiator
Backbone
Anchor
Hunter
Catalyst
Shadow
Comments
Reviews
0
/600
Click here to verify your account in order to comment Update my avatar Dos and don'ts
Top Rated
New
Controversial
Show comments
Top Reviews
Only logged in users can submit a review
A review must be written in English
At least 200 characters are required.
Compare this player to other similar players you have used(optional).
If you import your club to FUTBIN or send us an image with the player data(fill the form below) your review will be marked as verified.
Include what you liked about the player in the pros area and what you disliked about the player in the cons area.
Your review will be manually checked during the next 24 hours.
Chem Style Used
Formations
Position
Rate Player Base Stats (1-10)
Pace
5
Shooting
5
Passing
5
Dribbling
5
Defending
5
Physicality
5
Most Used In:
Submit Review

4.5
Make the corner flag your b*tch
31 users liked this review

Let's make like a proper aussie and get straight into it. This card is quality. It's not Neymar or Ronaldo and it ain't gonna be shooting up to 500k anytime soon, but quality it is nonetheless. Tried him as a Lone ST, RS in a 2 up top, CAM in a 41212 and finally and most preferably as RCM in a 4141. Obviously at least 90% of the cobbers thinking about picking this legend up are either true blue bloody aussies or just true blues. Either way, don't listen to the haters basing their opinions off his card stats. This card has obvious negatives which ill go into further detail about below, but the pros far outweigh them, so do yourself a favour and pick this bloke up and never let him go. Because trust me, you won't want to.

Heading: Where else would I start with Timmy? Even at 5'10, he definitely delivers in the air. Countless goals scored from corners as he just powers it past the keeper with the force of a thousand emus at his back. He wont be outjumping Van Dijk or Varane but up against defenders that are 6'1 or 6'2 he has a great chance, and when he gets onto the end of it theres only 1 result.

Positioning: The standout aspect of this card for me, playing as a CM his ability to make perfectly timed runs in past the striker is incredible. He is always in the right place and is very hard for any defensive midfielder to mark, be it Kante or Casemiro.

Finishing: Goals Goals and more Goals are to come when you play this man as make runs beyond the striker in custom tactics. I've used Werner, Aubameyang, Lukaku, Vardy, Jesus and a plethora of others but nobody comes close. To put it simply, if you have a chance with Timmy inside the box and you arent terrible at the game, 9 times out of 10 its hitting the net.

Dribbling: Adversely to other reviewers, I actually found Timmy to be bare quality on the ball. The 3* skills can be a tad annoying but his ball control is excellent and he makes lots of jinking runs with tight turns for me with no notable issues.

Pace: Not Terrible, especially at CM, but if youre using him at ST a Hunter card is a necessity. That being said he still has a tidy turn of pace and can show a clean pair of heels to most CB's so it isnt a massive issue.

Passing: My main disappointment with this card was how weak the passing stats were, and unfortunately that translates into the game as expected. You'll only want to be playing short unambitious passes as he isnt capable of much more than that.

As an Aussie this was a card I had to get, this is like the first useable linkable player for Australia So I had to try it. At striker he was pretty average ngl but at Cm he is a unit and so good. Probably will be there in my team for a while. His physical stats are amazing in the midfield and if I were to guess his defending stats in game it feels like and 85. Skills does lack a bit but still I don’t believe he needs skills. I believe that a shadow is where to go because lacks a bit of pace and defending makes him an all round player. Although he is very expensive so probs wouldn’t sugest him unless your an Aussie or millwall or evertonian fan.

When I saw that this Tim Cahill card was coming to fifa this year, I knew I had to get him. Being Australian, you don't have the best pick of the bunch when it comes to native players to use. Despite looking like a pretty crappy card, I chucked Timmy boy at CAM in the 41212 formation with a hunter chemistry style. He has worked wonders. When purchasing this card for 140k or less (his price will keep dropping), you have to have realistic expectations. Despite not being the fastest, his pace is definitely good enough as a CAM, and while his agility is pretty meh, you can notice his golden reactions (87). One thing I didn't really notice is his 86 physical stat, however his presence on the field makes up for it. Now for the best part of the card. Shooting. Old Timmy boy bangs them in from 30-40 yards effortlessly. His shots are so pure you the opposition goalie bursts into tears when the ball goes in the back of the net. If you want a mad looking card, that will be the best shooter on your team, then buy this man, immediately.