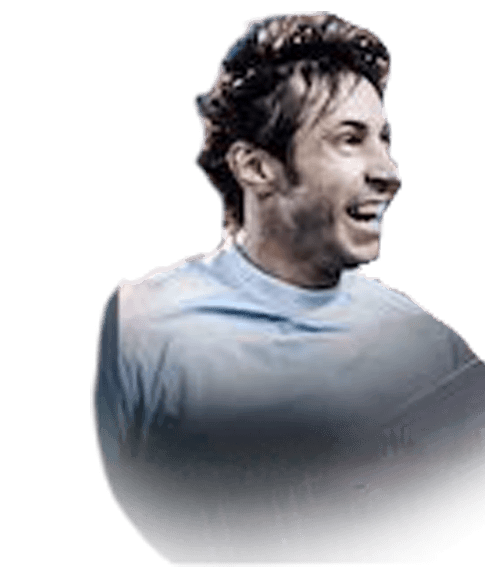 -
Sub out
Upcoming Matches
P. Chemistry
Squad chemistry
ST
83
RW
85
LW
85
CF
85
RF
85
LF
85
CAM
86
CM
84
RM
85
LM
85
CDM
75
CB
69
LB
73
LWB
75
RB
73
RWB
75
Reset
Basic
Sniper
Finisher
Deadeye
Marksman
Hawk
Artist
Architect
Powerhouse
Maestro
Engine
Sentinel
Guardian
Gladiator
Backbone
Anchor
Hunter
Catalyst
Shadow
Comments
Reviews
0
/600
Click here to verify your account in order to comment Update my avatar Dos and don'ts
Top Rated
New
Controversial
Show comments
Top Reviews
Only logged in users can submit a review
A review must be written in English
At least 200 characters are required.
Compare this player to other similar players you have used(optional).
If you import your club to FUTBIN or send us an image with the player data(fill the form below) your review will be marked as verified.
Include what you liked about the player in the pros area and what you disliked about the player in the cons area.
Your review will be manually checked during the next 24 hours.
Chem Style Used
Formations
Position
Rate Player Base Stats (1-10)
Pace
5
Shooting
5
Passing
5
Dribbling
5
Defending
5
Physicality
5
Most Used In:
Submit Review

Where do I even begin with this card?

Having tried Ljungberg (Slightly disappointed), I added another new Hero to my squad to try out as I am a big fan of 5* WF on players (especially attackers)

This card moves crisply for me even in heavy/delayed gameplay (which happens often...shock)

He makes good runs through the defence combined with his high dribbling stats to keep a good control of the ball and then has elite finishing for a card which I think is a bargain at 220k.

As we know, passing is much more important this year for cards and this mans through balls are ELITE, finally I can press triangle and the ball actually goes through to my strikers feet (IF Jesus)

His long range finesse shots are GODLY, from outside the box he does not miss the target often and his runs when receiving through balls are great too.

He is the reason I turn on my PS5 each day and is a genuine joy to play with in this gameplay, often saving me in games vs sweats.

I could not recommend a card more to anyone struggling to attack or just in need of those green links to La Liga players.

You will not regret using this card IMO and at anything under 250k I believe this card is a STEAL.

This man has already entered Club Legend status for me and will not be leaving the club.

87 Penalty stat useful this early in the year

Hard to find any

220k is a lot at this time of the year to spend on 1 card is the only thing I can think of.

First of all, sorry for my bad english, i'm French.

I wanted a player to link my Ballon d'or Benzema and my Vinicius, Modric was not enough imo so i decided to buy The Russian T34 Tank, MOSTOVOI.

I played him as a CAM in a 4-2-3-1 formation alonside with KBNUEVE, in division 4 and champions playoffs. 23 matches 18 goals 3 passes.

With the HUNTER chemstyle he feels pretty rapid, not as fast as an Adama, but fast enough for a CAM.

Dribbling wise and shooting wise.... he is AWESOME, ASTONISHING, it's a steal for 209k, he is soooo goood, buy him now, and build a team around him if you can't have him now.

I love him so much.. i didnt pass a lot with him, but the stats are here, he is the perfect CAM.

Even with HUNTER, he intercepts lots of balls, so, imagine with SHADOW, i think he can be a perfect CM for a 4-4-2!!

He is so smooth with the ball, tou will fall in love with him, i turn my consolo on just to play with him and our Diamond, Karim Benzema.

No CONS, he is RUSSIAN

Oh Mostovoi, where do I even begin...

(Side note, I know this is really long but if you are actually considering Mostovoi at all, it would do you some good to at least skim through the review to see what's up with the card)

So I got lucky enough to pack Di Natale out of a random season rewards pack (crazy card btw, but that's a different story). I also did the Inaki SBC and was kinda toying with some concept squads to link everyone together. The squad I enjoyed trying out the most involved Di Natale and Inaki at LST and RST respectively, Mostovoi at CAM, Llorente RCM, Tonali RTTK LCM and Fabinho at CDM.

Obviously I play a 4-1-2-1-2 narrow and as you'll soon see Mostovoi turned out to be more than just a linking agent.

My initial expectations about this card is that he looked pretty good and his 4* skills and 5* week foot seemed really nice, but seeing how cheap he was, I thought he had to be clunky or too weak to hold down the midfield. And well let's just say that Mostovoi took that personally cause he b****ed me up real quick for even thinking about him like that.

I tried him out solely in Div 3/2 rivals and weekend league qualifiers so keep in mind I haven't actually played weekend league with him yet and don't know how he'll hold up when playing against people who haven't showered in about 2 months but anyway, onto the review,

So everyone can sort of grasp what he's like in game, I'll relate him to more common players you might have used or tried out,

Firstly on the ball he feels like Mo with his quick dribbling and agile turning,

When it came to shooting the closest I could think of was Messi with his long/finesse shots because that's where he really shines, of course he's a great finisher but his normal shooting is honestly nothing special. It's his long and finesse shots that really dazzle, as they seem to always find the top corners every time and with 5*week foot I seriously doubt anyone could finish a long shot or finesse better than him, icons and special cards included.

When it came to passing well, in terms of gold cards he's unrivalled and the only person that comes to mind is Zidane. Now I won't bs and say he's better at passing than Zidane because I've had baby and moments Zidane in the last 2 Fifas and well he's not. But what I have to admit is that there are moments where Mostovoi's passing could give Zidane a run for his money and in a game where passing is more important than ever this year, Mostovoi really had my back. His 99 FK Acc with a catalyst was also pretty nice and got me a few cheeky goals from close range FKs.

I will be honest, although he was agile and nice on the ball, the only drawback I had initially was that even with a shadow or engine, he didn't;t feel rapid..., until I put a catalyst on him. 88 pace on a CAM is more than enough and he really started to shine after the chem style change.

In terms of stats, he's currently sitting at 66 games 48 goals and 32 assists. His 5* weak foot is a game changer and his 4 skill moves combined with his technical dribbling means that he has the means to wiggle his way out of a tight spot if needed and his 93 passing is just ridiculous. Over the top, off balance, through balls, quick passing, long balls, the man can pull anything off on either foot and it's actually gotten me some pretty cheeky and slightly blood boiling (for my opponents) goals.

Something you might be hesitant about is his defence, or lack thereof, but to be honest, It wasn't a big issue. Where there times where he should've been able to get the ball or make the tackle but didn't? Of course, 62 DEF isn't perfect but as a CAM it wasn't a dealbreaker.

Something surprising about this card is his physical. 77 PHY is decent, definitely not bad but not amazing, but his 81 aggression was actually really nice and a welcome bonus. It definitely made up for the slightly mediocre defending stats.

His work rates are decent and you can't really complain with High/Medium. his height is also really nice because for my play style, and I feel a lot of people may relate, a 5'10 CAM is close to ideal. Not too lanky, but also tall enough so that he can hold his own without feeling like a turning ship. He can win headers occasionally and there's no complaints with his body type either.

Now you're probably thinking, this guy has to be capping, he's 100k and he's acting like Mostovoi is the greatest player in Fifa history and to that I say, "I'm being sheerious, Khris wats you laffing fo? I'm being sheerious". Nah but sheeriously, I know he's not be the best player in Fifa ever (definitely far from it), but it's early November, and he is seriously underrated and is really good. As to why he's so cheap, well the only reasons I can think of are probably league and nation. Nation wise the only payer I think he can soft link to in the other top 4 leagues is golovin who is not usable and this year the only meta La Liga cards seem to wingers and Fekir and Llorente, and with Fekir and Llorente being Spanish league attacking minded midfielders who also happen to be cheaper, there is a serious lack of demand for this card which would explain why he's that cheap.

Closing statement, if you are considering him, try him, he's really good and since he's a hero if you play 10 games and don't like him for an unconceivable reason, sell him, you'll lose next to no coins and if you do end up liking him as you should and will, you'll have gained a crazy attacking mid for under 100k. Hope you enjoyed my lengthy review, hope u have a great week and best of luck with your Red picks (mine certainly are trash) and ig you don't play fut champs and enjoy the outside have a great week and I hope the weather is good (Toronto weather is hot garbage so don't take it for granted).