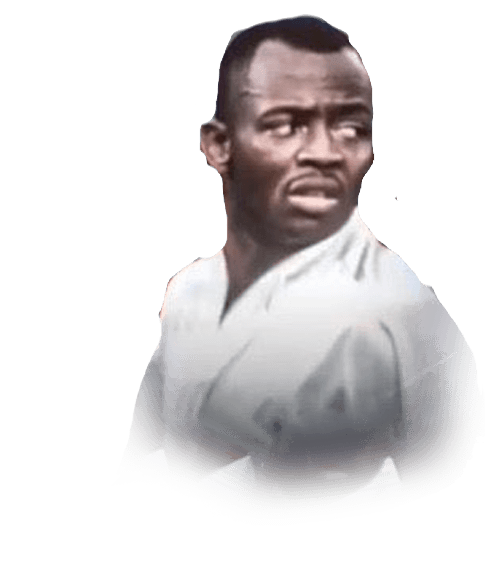 -
Sub out
Upcoming Matches
P. Chemistry
Squad chemistry
ST
84
RW
89
LW
89
CF
88
RF
88
LF
88
CAM
88
CM
83
RM
88
LM
88
CDM
67
CB
58
LB
68
LWB
72
RB
68
RWB
72
Reset
Basic
Sniper
Finisher
Deadeye
Marksman
Hawk
Artist
Architect
Powerhouse
Maestro
Engine
Sentinel
Guardian
Gladiator
Backbone
Anchor
Hunter
Catalyst
Shadow
Comments
Reviews
0
/600
Click here to verify your account in order to comment Update my avatar Dos and don'ts
Top Rated
New
Controversial
Show comments
Top Reviews
Only logged in users can submit a review
A review must be written in English
At least 200 characters are required.
Compare this player to other similar players you have used(optional).
If you import your club to FUTBIN or send us an image with the player data(fill the form below) your review will be marked as verified.
Include what you liked about the player in the pros area and what you disliked about the player in the cons area.
Your review will be manually checked during the next 24 hours.
Chem Style Used
Formations
Position
Rate Player Base Stats (1-10)
Pace
5
Shooting
5
Passing
5
Dribbling
5
Defending
5
Physicality
5
Most Used In:
Submit Review

Managed to snipe him when he was extinct. If you're running a ligue 1 squad, pele is a must. His R1 dribbling is something to behold, mainly because his 95 agility is exactly that. But the best part.. The best part of this card is the INSTANT acceleration. Its absolutely ridiculous, one of the few players that can literally sprint through whole defenses. Sure his shooting is great, his passing is crisp and his dribbling is tight, reactive and very agile.. but his pace my lord. You just have to try him to understand it.

He is by far the best striker i have used this year. He is the only player i refuse to sell when changing up my team. he just does everything so good

Price is pretty expensive but honestly think he is 100% worth it.

I saved up for quite a while to buy this player, as I have untradable neymar and now verrati so hes a perfect way to get them all on full chem. I Played him on 10 chem at both Striker and Cam in a 4-2-3-1 and I have to say I'm a little dissapointed. Being my first big purchase, he doesn't seem to be worth the massive 700k I invested in him. Though not a bad player by any means, he doesn't have that it factor that a Fekir or a neymar have, which is astounding considering hes worth more than both combined. All in all, he has very good pace, though not elite. I played him with a hawk at first and he does make great runs in behind and has great positioning. His dribbling again is good not great, as he has slick movement but felt a tadddd bit clunky at times. His shooting I think was his biggest issue for me, as he finishes good chances but I thought hed be scoring worldies for me and oftentimes his shot didnt seem as powerful or as precise as I wanted it to be, squandering some of the harder to score chances. His passing and physical were elite however, as he does offer a lot on the attack, he's just not a killer upfront.

Pace dribbling and passing combined with great positioning are big pluses, as his medium medium work rates which scared me at first werent a problem at all. He was often times in great positions and his one twos with Neymar were a joy. I cant say enough about his passing, as it was very well weighted and calculated on a grand majority of occasions.

The one big con that I have with this card has to be his shooting. Ive gotten better results from the likes of Dybala, Fekir, etc. He scored plenty but there were numerous times were I took chances to let him showcase his finishing and he let me down. At one point I even slapped a marksman and a finisher on him to try him out but to no avail. All in all, a very decent card that offeres great links but not the best shot.