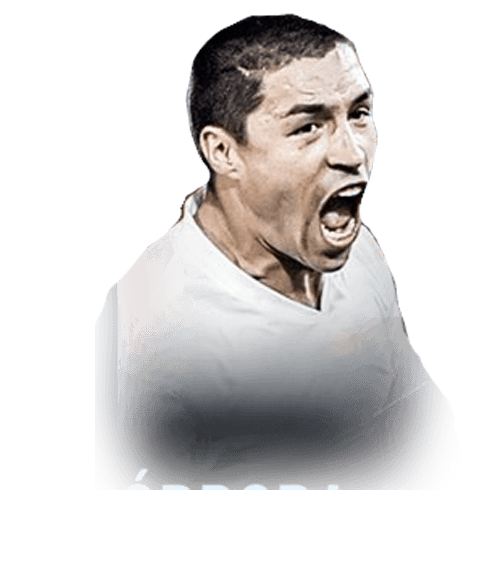 -
Sub out
Upcoming Matches
P. Chemistry
Squad chemistry
ST
72
RW
67
LW
67
CF
68
RF
68
LF
68
CAM
66
CM
71
RM
70
LM
70
CDM
82
CB
87
LB
84
LWB
82
RB
84
RWB
82
Reset
Basic
Sniper
Finisher
Deadeye
Marksman
Hawk
Artist
Architect
Powerhouse
Maestro
Engine
Sentinel
Guardian
Gladiator
Backbone
Anchor
Hunter
Catalyst
Shadow
Comments
Reviews
0
/600
Click here to verify your account in order to comment Update my avatar Dos and don'ts
Top Rated
New
Controversial
Show comments
Top Reviews
Only logged in users can submit a review
A review must be written in English
At least 200 characters are required.
Compare this player to other similar players you have used(optional).
If you import your club to FUTBIN or send us an image with the player data(fill the form below) your review will be marked as verified.
Include what you liked about the player in the pros area and what you disliked about the player in the cons area.
Your review will be manually checked during the next 24 hours.
Chem Style Used
Formations
Position
Rate Player Base Stats (1-10)
Pace
5
Shooting
5
Passing
5
Dribbling
5
Defending
5
Physicality
5
Most Used In:
Submit Review

4.5
Beast with one flaw.
57 users liked this review

One of the best CB in the game right now. I have packed him in the beginning of Fifa 22 and have played with him over 150 games in 1-2 division and WL.

I have De Ligt RTTK with him, but you can buy any tall player, for example, Koulibaly or Škriniar in Serie A or others.

I recommend to buy him if your squad budget is more than 2 millions coins because it's the best option except icons and he is pricey.

With shadow he feels quicker than any other defender in this game. He can easily catch up any striker and winger (except Mbappe in some ways).

It's my favorite part. His tackles are amazing. You can stop anyone just holding LT button. With Shadow or Sentinel he is a wall.

Decent. He can push away most of strikers, but he can loose position with CR7 or Lukaku sometimes.

You came here for that. Yes, he is short. He can jump and easily beat strikers like Werner and Jesus or Son, for example. But when you play against CR7 or Lukaku you need to be very careful because if he is staying nearby one of the tallest strikers during a corner, mostly it's the goal. So, you need to buy tall CB as I wrote before.

First of all, sorry for my bad english, please don't roast me.

I try every single player in Serie A, and Cordoba is simply the best. He is everywhere, he runs faster than all the striker of the game (except of course for LW or RW with 95+ PAC used as ST).

Even the height is not a problem, he jumps so well and can save a lot of crosses.

He scores too from corner, even without the glitch.

I start in 5212 as a CB, this guy is really good in defend and seems like no one can pass through him. good interception and defend awareness with good agilty in CB, I have Tomori and SBC koulibaly in CB, therefore I need a agility CB would be a good choice and try it out. in defend or average form he good in defend and also passing, in attack form I put him up to CDM. he is absolutely a Serie A kante pair with the gold kessie and gold barella. I had a IF one but I sold it to buy Cordoba and seems its worth it tho. since I change him I have improve my win rate from 50% to 85%.

Pace good enough as a CB or CDM

Passing good enough as a CB or CDM

Aglity is a top level as CB, good enough as a CDM

a little short to lose header