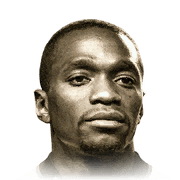 -
Sub out
Upcoming Matches
P. Chemistry
Squad chemistry
ST
74
RW
81
LW
81
CF
79
RF
79
LF
79
CAM
82
CM
81
RM
83
LM
83
CDM
78
CB
73
LB
78
LWB
79
RB
78
RWB
79
Reset
Basic
Sniper
Finisher
Deadeye
Marksman
Hawk
Artist
Architect
Powerhouse
Maestro
Engine
Sentinel
Guardian
Gladiator
Backbone
Anchor
Hunter
Catalyst
Shadow
Comments
Reviews
0
/600
Click here to verify your account in order to comment Update my avatar Dos and don'ts
Top Rated
New
Controversial
Show comments
Top Reviews
Only logged in users can submit a review
A review must be written in English
At least 200 characters are required.
Compare this player to other similar players you have used(optional).
If you import your club to FUTBIN or send us an image with the player data(fill the form below) your review will be marked as verified.
Include what you liked about the player in the pros area and what you disliked about the player in the cons area.
Your review will be manually checked during the next 24 hours.
Chem Style Used
Formations
Position
Rate Player Base Stats (1-10)
Pace
5
Shooting
5
Passing
5
Dribbling
5
Defending
5
Physicality
5
Most Used In:
Submit Review

I Picked this guy up for my Real Madrid past and present and for 300k this guy is one of the best budget icons around! His stats dont look to impressive but as you use this card you start to realise why it is so good. Hes such a balanced card and the medium/medium workrates make him perfect for sitting in the middle of the pitch breaking up play and carrying the ball forwards. His 3 Star Weak Foot and 3 star Skill moves combination is not really too much of an issue however sometimes his passing with his left foot can be a bit wayward. This guy feels so quick his 88 acceleration and 85 sprint speed are so important in the middle to track back and also latch onto loose balls. Now the shooting is not the best but its not terrible as he got 2 goals and 3 assist's in 8 games however finishing is a little inconsistent on the right foot and shooting on the left foot is a complete no go. The passing on this guy is brilliant the 86 short pass and 79 long passing combined with his 84 vision just makes his passing fell so consistent. But the thing that stood out to me about this card was this guys dribbling, hes crazy on the ball. This is because his dribbling stats are so high with 88 agility 86 balance and 84 ball control meaning hes so good in tight spaces and the left stick dribbling with this guy is so vital as to why this card is good. Now the defending is pretty good especially his interceptions with that high pace and high agility making it so easy to position him to intercept the ball. The only problem i have is that his stand tackle and slide tackle can feel a little weak but can be fixed with an Anchor or a Shadow chemistry style. The physical for such a small guy really impressed me. The stamina was solid he could go box to box for the full 90 minutes without tiring and the aggression allows him to fight and keep hold of the ball. Overall he is one of the best budget icons that you can

Thanks to my marvellous pack luck I managed to snag this baby Makelele from the Swaps pack. For some coins, I sold my TOTGS Nkunku to test this man out for the time being. He played as RCM in a 4-3-1-2 and had to fill quite the spot to be greater than Nkunku.

While I wasn’t expecting much from the card with those eye-wrenching stats, I can now say he somehow managed to deceive me even more. I’m a huge fan of the guy IRL and I can’t vouch for his Mid & Prime, but wow is this baby card atrocious.

First off, I would say that CM is the most fitting position for him. He does contribute from time to time with some basic interceptions, and somehow even manages to snag the ball in the midfield. But from there on out, it goes south relatively quickly.

The first challenge begins when he actually touches the ball after a tackle. You have to cross your fingers and hope that his clumsy legs actually keep the ball less than 5 feet from him, which tbh rarely happens. A lot of the time he intercepts and simply is cursed from there on forward.

IF he manages to keep the ball, your next obstacle will be the pass. PLEASE: do not perform a driven pass with this man. If you aim for you striker it WILL end up straight to your opponents Kimpembe, and if you aim for the midfield he’ll somehow manage to pass it out of bounds. It just never is right.

His positioning can at times be decent but most of the times not. I did think he made some great assisting runs on the right wing, although that may be thanks to the instructions I gave him.

The dribbling is clunky. If this in any was is an issue for you DO NOT use this card. He may be able to left stick dribble for a bit but as soon as you hold in RT/R2 the ball goes flying infront of him and snatched by the left back.

The last complaint I have is his overall movement on the pitch. I have no idea why, but somehow this card seems simply CURSED with bad luck and clumsiness. I’m not exaggerating when saying he accidently ran into Vini or Benzema (Strikers) at least 10 times, causing them to lose the ball. Wherever he is, he is a menace, not to the opponent, but to you.

The one surprise and pro I will give Makelele would be his shooting. While obviously not amazing, he did surprise me at times with some great finishes, racking up a whopping 3 goals in 60 games. If any of the stats were to lie, I would without a doubt say it’s his shooting. Great power and definitely not 64.

Seeing this card go for 110k boggles me with those stats. I beg you to get yourself an Nkunku rather than this man.