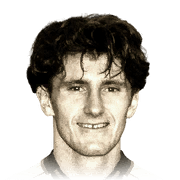 -
Sub out
Upcoming Matches
P. Chemistry
Squad chemistry
ST
85
RW
85
LW
85
CF
86
RF
86
LF
86
CAM
84
CM
77
RM
83
LM
83
CDM
61
CB
54
LB
60
LWB
64
RB
60
RWB
64
Reset
Basic
Sniper
Finisher
Deadeye
Marksman
Hawk
Artist
Architect
Powerhouse
Maestro
Engine
Sentinel
Guardian
Gladiator
Backbone
Anchor
Hunter
Catalyst
Shadow
Comments
Reviews
0
/600
Click here to verify your account in order to comment Update my avatar Dos and don'ts
Top Rated
New
Controversial
Show comments
Top Reviews
Only logged in users can submit a review
A review must be written in English
At least 200 characters are required.
Compare this player to other similar players you have used(optional).
If you import your club to FUTBIN or send us an image with the player data(fill the form below) your review will be marked as verified.
Include what you liked about the player in the pros area and what you disliked about the player in the cons area.
Your review will be manually checked during the next 24 hours.
Chem Style Used
Formations
Position
Rate Player Base Stats (1-10)
Pace
5
Shooting
5
Passing
5
Dribbling
5
Defending
5
Physicality
5
Most Used In:
Submit Review

Although he looks like a crackhead who consumes heroine all day, he is a fenomenal striker who can really make the difference in a close game. I have played him solely in division 1 so far and he scored 19 goals in 13 games which is fantastic in my opinion (playing with 2 striker). You wont regret trying him for at least one weekend league.

Divor Suker is the striker you need. I have played 20 games with this card and would absolutely recommend. I frequently hit rank 2 in champs and div 2 in rivals and I can say that this man is very usable. In 20 games he has scored a staggering 32 goals and 12 assist. If you need an icon that can shoot from anywhere and has decent pace and dribbling, this is your man.

across goal shooting - power and finesse

My attack was Hazard st benz flashback st and vini totgs cam, then I decided I needed a more clinical attacker than benzema. Benzema's body type and shooting were really bad for me he scored like 200 goals in 350 matches and I have played with Suker 3 matches and he scored in all three and in one of them he scored a brace too.I am division 2 almost 1. His shooting is really clinical but his heading is kinda poor but because of his body type he has a unique because he is really agile and his dribbling gets much more boosted with his body type when benz had a very heavy body type and his dribbling felt really worse in game for me. His pace is ok too, for me this year strikers have to be clinical and not quick or 5 star skillers at least for my playstyle so this guy is great for plus he is a player i really like irl even if I am Liverpool fan. I really reccomend this card to all of you if you need an icon for links or a good budjet st plus he is really fun to play.

shooting he scored an amazing chip shot too and did some amazing long shots who unfortunately stopped at the crossbar ) :

strenght but doesn't really matter with his body type