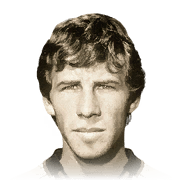 -
Sub out
Upcoming Matches
P. Chemistry
Squad chemistry
ST
63
RW
65
LW
65
CF
64
RF
64
LF
64
CAM
67
CM
74
RM
69
LM
69
CDM
85
CB
86
LB
84
LWB
82
RB
84
RWB
82
Reset
Basic
Sniper
Finisher
Deadeye
Marksman
Hawk
Artist
Architect
Powerhouse
Maestro
Engine
Sentinel
Guardian
Gladiator
Backbone
Anchor
Hunter
Catalyst
Shadow
Comments
Reviews
0
/600
Click here to verify your account in order to comment Update my avatar Dos and don'ts
Top Rated
New
Controversial
Show comments
Top Reviews
Only logged in users can submit a review
A review must be written in English
At least 200 characters are required.
Compare this player to other similar players you have used(optional).
If you import your club to FUTBIN or send us an image with the player data(fill the form below) your review will be marked as verified.
Include what you liked about the player in the pros area and what you disliked about the player in the cons area.
Your review will be manually checked during the next 24 hours.
Chem Style Used
Formations
Position
Rate Player Base Stats (1-10)
Pace
5
Shooting
5
Passing
5
Dribbling
5
Defending
5
Physicality
5
Most Used In:
Submit Review

5.0
If used intelligently he is tremendous
3 users liked this review

I am using a 5-2-1-2 and needed an icon as my middle CB for chemistry issues. I picked Baresi as i got him for a relatively cheap price (92k) and his stats were very good.

I don't think he is good for a 4ATB formation as he will need defensive fullbacks to cover for his pace issues. In a 5ATB he is very good.

YOU NEED TO POSITION HIM CORRECTLY (I use manual defending)

By this I mean if a pacey player gets behind there is no way Baresi will catch him. Although he can scoop the ball out from behind if you slide tackle at the right time, most of the time you need to either press on the front foot OR use your CB/Fullback/DM to shepherd the opposition player into Baresi's range and then use his excellent defensive stats to throw in a slide/stand tackle.

I use him as my middle CB so i pressure the opposition's midfield and rely on his stats to win the ball OR make sure he is in position when an opposition winger cuts inside and win the ball.

for the price i really do think he is worth it as he can link in any team and is reliable.

If you need a purely pacey CB to run down opposition players then he isn't for you at all. If you need a solid option that can win most of his duels and you don't rely on pace too much he is excellent.

-Tackling (Stand/Slide he is excellent)

-Positional play (most of the time he is where i need him to be in the middle of the defensive line to pressure opposition players and make sure they don't get a chance to run in behind him).

-Pace (not entirely a con,if you're against an Mbappe type player there are very few CB's that can actually deal with him at this price range. On average he is competent. He can match fast players over the first few yards side by side and then you can use his defensive abilities to win the ball. You need to be smart and realise this.