Let's talk a bit about Bergwijn NumbersUp! (if you like the review, come and give me some support and your opinion on my IG please: scandola_FUT)

This incredible card is available in objectives. By only using field players with a minimum of 82 pace, 75 passing and 80 dribbling, I get the card in only 5 friendly matches which means about 1.5 h of gameplay!!! Without a doubt, this is one of the most profitable cards of all FUT combined. Bergwijn aka weapon X wears a type of Adidas crampon giving it a mega boost in speed (+7) but also all these stats have been increased (+4 shot, +4 dribble, +5 pass, +4 defense, +4 physical and +124 in total !!!!). So, he is hands down one of the best cards for a left attacker in the Premier League and I have tested him for 10 FUT Champions matches. This monster scored 4 goals and made 5 assists so I could easily reach rank 2 (15W-5L).

Its strengths are, first of all, its speed statistics with a rating of 94 in acceleration. He is the perfect forward to ignite a storm of attack on his left-wing channel. Then, he has a shot power of 88 and a long shot of 85 which is extremely interesting for a winger. So, when he's on the edge of the box and on his right foot, he'll systematically clear the top corner with good timing. Finally, his short passing ability combined with his balance and strength, make him a real poison in the opponent's penalty area and he will undoubtedly deliver a large number of assists with L1 + X to attackers at the penalty spot.

Regarding his weaknesses, he lacks a bit of finishing (82) and positioning (79) to be systematically lethal in front of goal and positioned as a pure scorer. Then, his long passing ability is way too low (67 !!!) which is for me his biggest weak point after its 2 stars weak foot. He will sometimes miss long crosses or passes not so complicated. And you must NEVER use his left foot to shot or passe, NEVER! Finally, I find his aggressiveness (53 rating) sometimes not high enough to recover the ball and press the opposing team high on the field.

In conclusion, I think Bergwijn NumbersUp is among the top 3 left wingers in PL at the moment. But it is obvious that his card will quickly become obsolete despite the potential boost over the course of the year. However, the card is FREE and requires less than 1.5 h to recover it with in addition small packs!!! I honestly think this is one of the highest profitable cards ever released in FUT. Do not recover this card for a FUT player should be considered as a crime!!! Get this card, it's free and you won't regret!!! 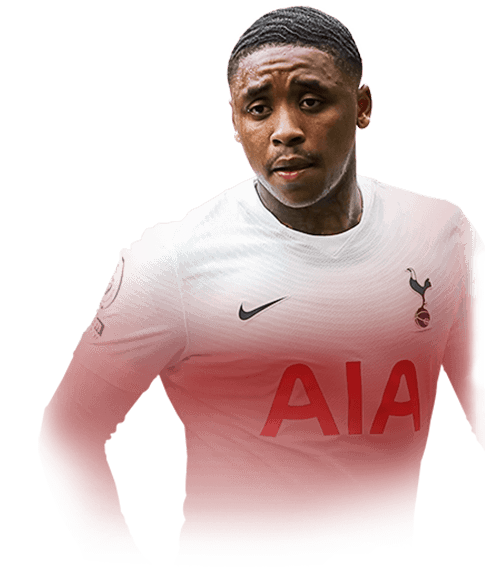 He is very easy to do, so i got him done quickly and he looks decent so i thought i might try him out.And he feels decent in game. (Chem-Style: Finisher)His Pace feels good. You cant really run past people this year anyways, but his pace is enough to not get caught up to when hes past them.His Shooting is okay. His finishing could be better though.His short passing his fine, but his long passing...
Read full review

I was skeptical about doing Bergwijn at first being a chelsea fan and the 2 star wf but because he was easy to do i went and did him he is better than i thought he would be (he is brilliant) I played him up top with POTM Benz in a 4222 and lets say he wasnt in Karim's shadow. His pace is obviously good and he can outrun most defenders, his left stick dribbling is what i would say is his best attribute, it feels really nice ...
Read full review
0
/600
Click here to verify your account in order to comment Update my avatar Dos and don'ts
Top Rated
New
Controversial
Show comments