SO Darxler, what does he cost ? 280-300k Honestely, I don't like to pay that much for a player if he doesn't play for my beloved SRFC. But IRL i like the player so why not give him a go

He's very versatile and that why I stick him at ST, in place of DAVID/DELORT/TREZEGUET that i tried before. I couldn't imagine that he will be this good in this place. He got everything appart of 5 star skill move (for the sweaty players ball roll scoopturn and other exploit...).

Well 5star WF, really good touch on the ball, His got that finesse / flowlish style and the sphere stick closely to his feet. A good strike inside AND outside the box.

Pace (with engine) : good enough (if you have a brain tho and aren't running like a headless chicken) acceleration his key I would say.

Shooting : Great shooting, paired with the 5star WF it's a killer in front of goal. Even have a good finesse shot outside the box. finishing is cinical ASF.

Passing : Well, that why i'm playing him upfront. I need a striker with a good shooting, that can organize the attacks, turn easely, etc... Draxler Have a CAM profile more than a ST, so his passing his great, I have Mid Beckham in my team and i would say that draxler is nearly on par with him in term of passing.

Defending : Well at striker it's difficult to show this stats, but he can put a good standing tackle when needed.

Physical : Stamina isn't a con, a bit weak when caught by CB, so you have to anticipate a bit, Have a good Ball protection tho.

To conclude : for the PSG links and all mentions before, this card is a great card that will last more than two month or three i supposed.

300k is not cheap by any mean tho, do the sbc only if you have a shit load of coins or you have many PSG players or if he's your favorite player ever.

Stamina could be a bit better if you like eavy pressing 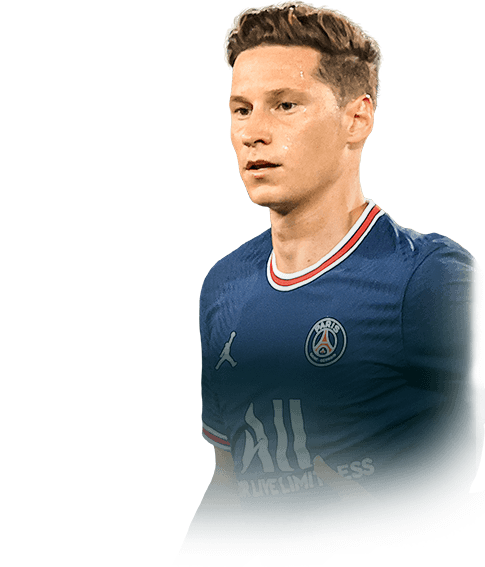 Buddies,Let's talk about Draxler Player Moments! (if you like the review, give me some support and your opinion on my IG please: scandola_FUT)A new Draxler card is available to celebrate his incredible volley against Bordeaux via an SBC costing around 250k. What for a card!!! I have absolutely no memories of this supposed incredible volley but I will reme...
Read full review