okayyyyyyyyyy, this card has potential to be a beast. maybe a sneaky promo card to upgrade him to around the 88-92 range and this card will be unbelievable to use. I'm glad 3* weak foot cards have some use this fifa, but that 3* weak foot isn't noticeable. his 90 curve , 88 long shots and the finesse trait makes his finesses like a Fifa 17 Marco Reus, it's unreal. Obviously it won't be every time he cracks a finesse banger, but it's actually the most consistent outside the box scorer I've used this Fifa. 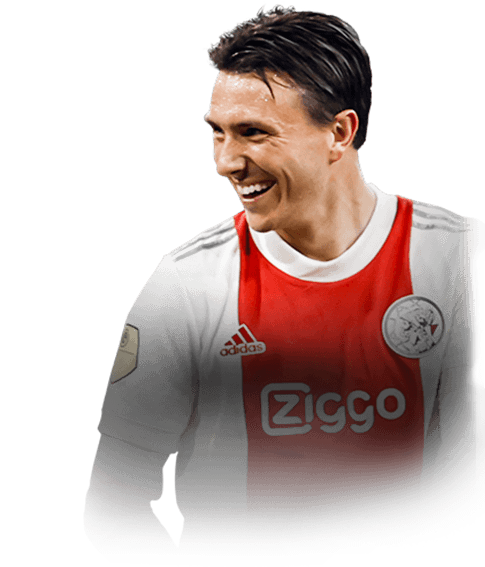 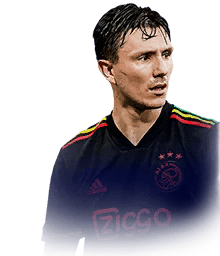 I bought him to fit into my team, and replace IF Ismailla Sarr, whilst he is not as fast, using a hunter and with 4 star skill moves, it is very easy to pass defenders using him.
Read full review

First time making a review. Needed a player who gave my RTTK Gravenberch full chem and then a bought this guy. My mans passing is like Messi. He is very very good with a catalyst, as Rm I a 442. Love this guy. Feels very responsive on the ball. Not the fastest player in the game, but with future upgrades he will be better. Not the best shooter, but can score a good chance and very good on finesse shots.
Read full review

This card is just great and underrated. It really shines in Eredivisie sqaud. It's pace, shooting, dribbling and passing is just great for a 20k card. Also the price why da frick is it this low. This card is just nuts it can create chances out of thin air with its speed and dribbiling. Honestly the only thing bad about this card is its Strength but the rest is just great. If you have 20...
Read full review
0
/600
Click here to verify your account in order to comment Update my avatar Dos and don'ts
Top Rated
New
Controversial
Show comments