Incase you didn't know. Chiesa means church. It's ironic because this man literally brings his opponents to their knees to worship his grace.

This is my first futbin review so excuse my bluntness. But Federico Chiesa is the best striker I have used so far on my RTG in FIFA 22.

After getting lucky packing TOTW VVD and Kante in my weekend league rewards, I knew it was time to buy a game changing player who would be able to link in with my Numbers Up Insigne, Flashback Benzema, and untradeable Di Natale + 85 Vinicius Jr. I mainly play in a 4-4-2 with Insigne LM, Di Natale RM, Benzema and RB Verratti CM, and Vinicius RS. So I needed somebody to fill that second Striker spot.

Thats when i decided to spent a little of my earnings on Feddy. I throw a marksman on him, and let me tell you, I have not looked back. Even in slow gameplay this mans combination of explosive speed, technical dribbling, aggressiveness, jamminess, and killer finishing ability prove to be LEGIT, because thats the only way to describe how they feel.

In 10 games he has bagged 22 goals and 9 assists in Division one ranks 2 and 1, along with the Elite Division. Thats right. He brought me from D1 R2 all the way to elite in 7 games with 3 being played in elite. Also, thats a 2.2 GPG and a 0.9 APG ratio. Need I say more? If you need that guy to get the job done. I think Chiesa is your man.

Strength + Always gets the good bounce in bad gameplay

A bit pricey for one player, but if you have an untradable team, you have the coins, and he fits. Try him. 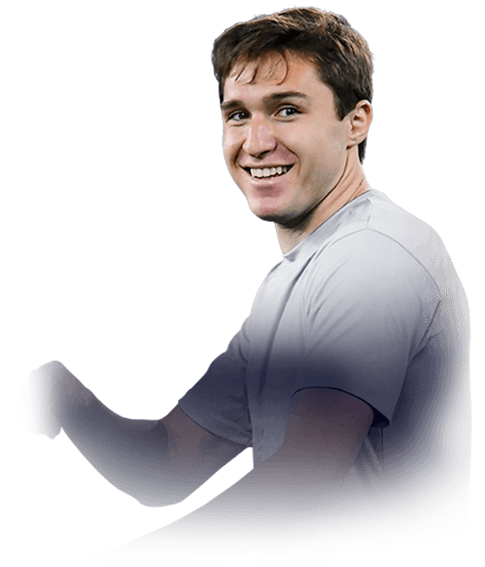 Buddies,Let's talk about Chiesa TOTGS! (if you like the review, give me some support and your opinion on my IG please: scandola_FUT)After Black Friday, the new TOTGS event is out and the cards are totally lunar!! Without a doubt, th...
Read full review 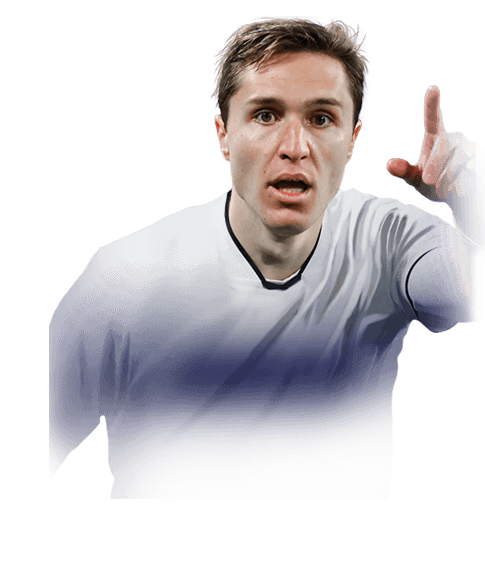 I packed him in an untradeable pack and I changed my team to give him a chance. I'm using him as an ST in a 4-2-2-2 next to gold Cristiano Ronaldo.He is very quick and has a deadly long power shot. Dribbling is very good, although it is not as good as the numbers in the card indicate (probably due to average body type). Passing is not great but it is more than enough for a ST or even if you play him as a w...
Read full review 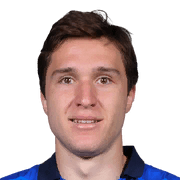 He is RAPID. Definitely had to try him after a very deserved upgrade. Fast as fuck, agile little rat, does have the ability to out-muscle weak 95 pace fullbacks.. he can SHOOT (fine), PASS (well), DRIBBLE (ridiculous). Definitely not far off Ousmane Dembele for 60k less, I reckon he's a must have. I've put a catalyst on him, and been playing him RW (two RF wingers which is annoying). I wish he was left footed badly, but if ...
Read full review
0
/600
Click here to verify your account in order to comment Update my avatar Dos and don'ts
Top Rated
New
Controversial
Show comments