With every annual instalment of FIFA, the Serie A has always been an early go to for affordable great cards. FIFA 22 is no different. Through the abundance of packs that have been opened, coupled with a downgrade, Mertens has gone from 90k in FIFA 21 to a ridiculous 4k in FIFA 22. Despite the price discrepancy between the two cards, they're virtually identical in stats as well impact in-game.

Playing as the Middle CAM in a 4-2-3-1, Mertens as expected is very silky on the ball, even despite the overall clunkiness of FIFA 22. With the combination of his high agility, balance and dribbling, Mertens has the ability to squirm pass defenders and get himself in an optimal position to score. In terms of pace, he might not have the best top speed, but with a hunter, he's still very capable of beating defenders when making a run for goal. The passing was also surprisingly decent on the card, having the ability to lay the ball off to supporting attackers. The stand out attribute of the card however is his shooting. With how outrageous the goalkeepers seem to be in this game, Mertens still manages to bang in a slew of goals, and in numerous ways too. Either with power or the OP outside the box finesse shot, Mertens doesn't fail to score in any game he plays. The card however isn't perfect, having one major flaw. Physicality. Mertens as expected isn't one to out muscle defenders, but he makes up for this with his balance and agility. The one true concern lies in the card's stamina. In the latter minutes of the match, you can feel the card's performance significantly dip. Regardless, the upsides of the card outweigh this one issue. Overall Mertens has been a wonderful player to use and I recommend him to anyone yet to use him. 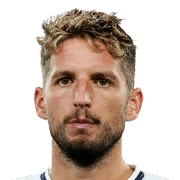 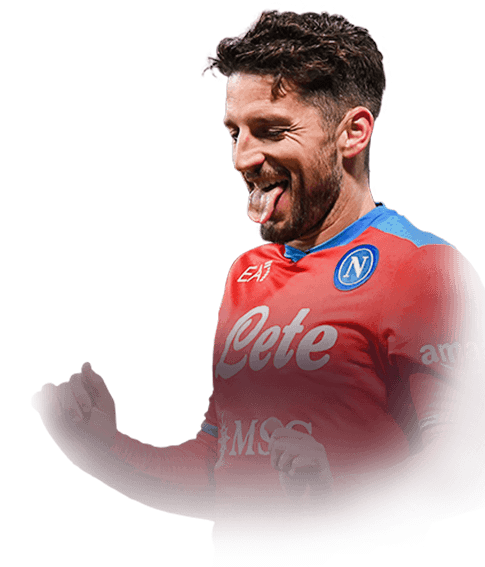 This is my first review, so any advice would be great.First, this sbc is just about the right price.I used him in my qualifying and he was boss.His traits are unreal and with the hunter he is unreal as a striker in a partnership.I played him in a 4312 with neres in the cam and openda and Mertens up top.His shooting is very good, with the finesse shot and long shot trait.His movement, balance and agility changes the ...
Read full review 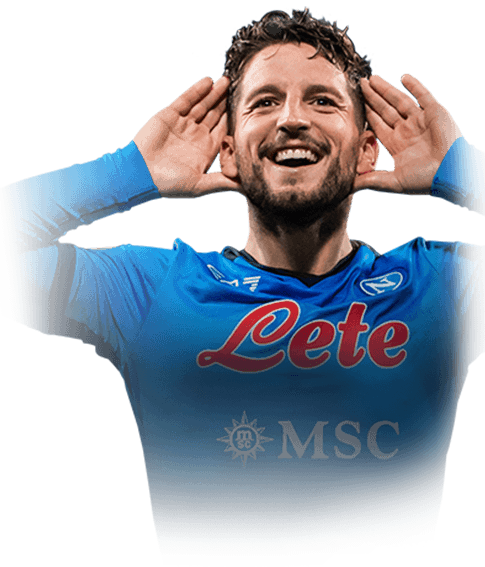 One of the best attackers under 500k

Although I was unsure to do this card even though Napoli is one of my favourite fans, I was even more unsure which version of Mertens to take. I played his gold at striker earlier this year and loved him so the fire was tempting. But I decided I would play him cam behind Benzema and fekir. First few games I didn't like him, he would just get bullied off the ball every time anyone got ne...
Read full review

Downgrade from FIFA21 but just as good...

Despite some big exits from Serie A this summer (CR7 and Lukaku), I have always been drawn towards building a Serie A based FUT squad. After opening some relatively decent 'Welcome Back' packs, I found myself with enough to build the squad linked. 5-2-1-2 suits my play style to a tee, and with Mertens at CAM it's a game changer from my 5-3-2 formation on FIFA21.With lovely dribbling, decent passing and ver...
Read full review
0
/600
Update my avatar House rules
Top Rated
New
Controversial
Show comments