I decided to get this review out ASAP due to the fact that he's only available for 2 days in total. Being a liverpool fan, and needing a green link to potm Salah, for me, doing this card was a no brainer.

I've played a few games with this card already and i have to say he's actually really good.

When it comes down to the pace, he feels very quick courtesy of the 90 acceleration as a base stat. In midfield, he catches and gets around most people easily.

The shooting on this card is actually decent, depending on what chem style you use. His finishing is decent and he does take clear cut chances, however please don't expect lewangoalski type goals with this card. The long shots are decent although i unfortuneatly didn't score any, they were all pretty close and the same goes for his volleys(which he connects with really well.)

The passing on this card is insane and "80" (base stat) is a complete fraud. This guy didn't misplace a single pass for me , be it long, short, through ball or over throughs, ever pass reached its intended target.

The dribbling is by far the best part on this card. He moves so quickly on the ball courtesy of the 93 agility ,95 balance, and 90 acceleration. For those of you that have tried Winter Wildcard Coutinho - Keita's dribbling is on par if not better . That says a lot!!

His defending is really good, he's very similar to kante in terms of winning the ball back in midfield and comes up clutch with the "92 interceptions." Just don't expect him to win any headers for you because that is impossible.

In terms of physical on the card, he isn't too weak, however he will get bullied by the bigger players like Lukaku. Smaller playerrs such as Winter WIldcard Aouar aren't much of a problem though.

I used him as a cm in a 41212(2) with a hawk chem style. However you can play him as a cam (with a hunter) or even as a secondary cdm(with an anchor/shadow). I recommend that if you have another big defensive mid in your team, pairing Keita up with him at cdm would work out perfectly. 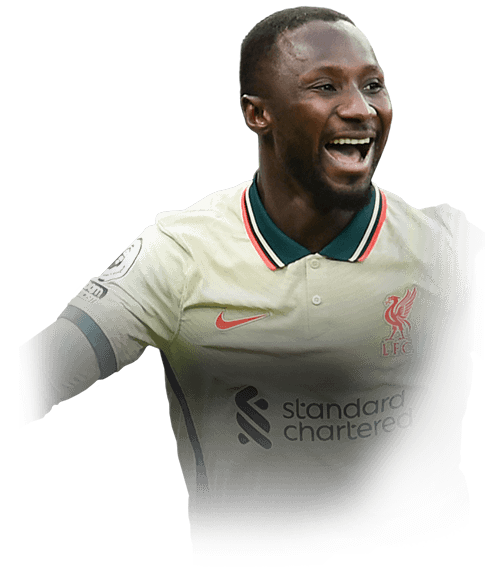 Obviously since I'm a Liverpool fan i had to do this sbc. When i first saw his card i thought thats his stats were mostly average but i was very wrong.i played all 20 games of champs with this card and he was classPace- He feels pretty quick mostly because of his 91 acceleration.Never really gets outpaced by most players unless they are faster by a considerable amount.Sh...
Read full review

Cry if u didn't do him

WOW! this man is one of my fav players of this whole fifa, HE is the dream CDM/CM. i feel sorry for u, if u didn't do him. Not much to say anymore f*cking love this card
Read full review
0
/600
Click here to verify your account in order to comment Update my avatar Dos and don'ts
Top Rated
New
Controversial
Show comments