Before going into this I previously was using marquinos and kimpembe (who in my opinion at the time were so difficult to replace). I was apprehensive at first thinking how could this new centre back partnership of Koulidaddy and Cordoba ever compete or compare with EA's finest children from PSG. I am a elite div player usually averaging 14-18 wins in futchamps depending how angry I get. Lets begin with my overall opinion, Koulidaddy does live up to the hype. He truly is a broken card, gigantic spider legs seamlessly wrap around players making it next to impossible to turn him. His pace is a huge bonus for me, partnered with a small agile rat (cordoba) makes for a lethal partnership, he wins every header, out muscles anyone (if someones dumb enough to use a ST who isnt 99 pace) and he has this sort of super power when you jocky... He seems to like hover and cover so much ground left and right i can't describe it, but it just feels like im cheating.

Pace 94 with a shadow, doesn't get outpaced, his legs are like giants too which makes him feel even faster as he usually takes 2 strides and he's caught them

Defending: I don't need to discuss this, 98 with a shadow, he intercepts, does weird animations that just magnet everything to him, i just feel like EA give some players hidden stats/boosters in game and he has all of them for defending.

Physical: he's built like mount everest. feels like bullying, seeing poor mflape get RKO'd constantly made my futchamps quite funny. Overall heading is insane, strength insane, and stamina I didn't notice until starting this review was low but again, after using him now for 87 games i still haven't noticed it. Corners are actually where you see his physical shine, he scored so many headers on corners it felt like cheating, forget the corner glitch to the edge of the box, buy him for 200k and do a normal corner and he'll score.

PRICE: He's literally so cheap for arguably the best CB in the game. the fact he's 200k with 94 pace and 98 defending and 89 physical feels criminal. IDK how he isn't like 400k He's easily the best CB i have used and will continue to until a better card comes out. He's like, if the road runner and the mountain from game of thrones gave birth to an evil rapid muscular monster who was strangely amazing at football. If you have 200k dont hesitate to buy him.

Passing: depending on your playstyle, his passing isn't bad but don't expect him to consistently distribute the ball to your wide players. His short passing seemed fine, unnoticeable. But long passing on the occasion if I wanted to distribute it out wide from my box to messi near the half way line then sometimes it wouldn't be as clean as i wanted. But again, you can't expect a CB to do everything. 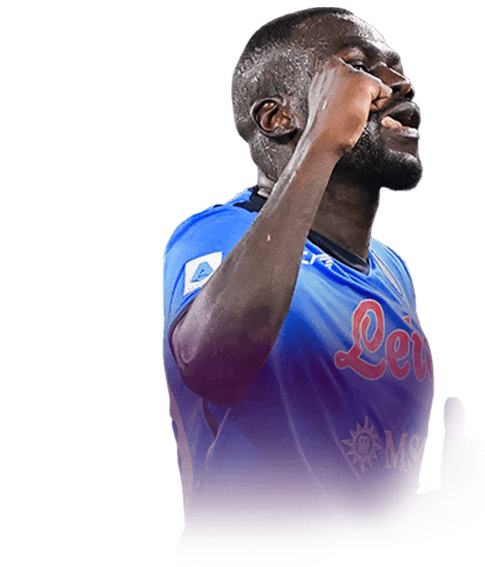 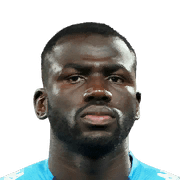 After playing with Varane and Lacroix, i decided to upgrade my attack and changed my defence to Koulibaly and Škriniar, which was the best decision i've ever made.He plays better than Varane for me and is an absoulute steal for just 30k!
Read full review

The Great Wall of Napoli

This guy is a wall in the defense. He has perfect workrates, a very unique movement ingame, is fast and tall. Got 18 wins and 2000 points in elite division this week and a big reason why is the beast besides Niakhate in my defense.Only Con is his passing. Be careful there.
Read full review 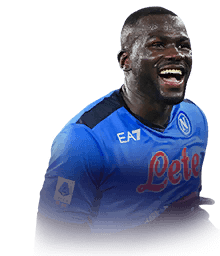 The Tank Just Got Tankier

Kouli has played way above his stats on Fifa 22 as far as I am concerned. Good dribbling, better passing than the card suggests (although still poor) combined with the great defending, outstanding physicals and top tier pace for CB's at this stage of the game. This upgrade is not absolutely crazy, but the best way I can describe it is that it is like his 'bully' style in game has been refined, so it is more controlled aggre...
Read full review
0
/600
Click here to verify your account in order to comment Update my avatar Dos and don'ts
Top Rated
New
Controversial
Show comments