For me, getting this card is a no brainer regardless of the price of the SBC or market value because I love Torres in real life and he's the reason why i started playing and watching the beautiful game. Him being over a million coins was a problem for me, but since his SBC has been released, getting enough fodder shouldn't be too difficult.

I got his loan so that i could get a video and review out as soon as possible. In those 5 games he has 11 goals and 2 assists.

This man is literally speed. He feels so fast on and off the ball despite his height and stock in game. He even caught and outpaced my POTM Mo Salah on the counter attack. If that doesn't give you an idea of how fast he is, nothing will!

Shooting on this card is god tier. He scores absolutely everything, regardless of where you are. The 95 finishing comes up clutch all the time and the 94 attack positioning gives him what i feel to be the best AI runs in the game. Once he's in position, he doesn't miss. Of course you can't really get in behind when playing against a 1 depth team, but no worries, his long shots are pretty good too, especially with the finesse shot trait. The 87 shot power is a fraud stat, it feels like 99.

Passing is decent. He can make sufficient through balls and short passes, and even some over throughs on the odd occasion. But please don't try any long raking Gerrard-esque passes with him. You will be greatly dissapointed.

Dribbling on this card is actually really good as well. He can dribble between tight spaces really easily and can also ue the 4* skill moves to get around defenders. The pace and physical is enough to hold off almost every defender in this game provided you've taken a heavy touch(which he does do more often than not)

Physical is pretty good as well. He can hold off most defenders in this game despite the 65 aggresion and that's probably down to his body type and height.

Overall, this card is really good and if you're buying him off the market i would say the 1.2 million coins is warranted. However, if you're doing the sbc, it's a lot to invest in a 1 million coin untradeble player, so if you can save up some fodder and get him for about under 700k, i'd say it's totally worth it. EVen at a million coins too tbh, but thats provided you're not shy to spend the coins.

Not many but if i have to say

and he does take heavy touches when sprinting but who doesn't?

Gets a little tired sometimes around the 80th minute, but that depends on whether you're trying to dribble the whole team with him like I was ;) 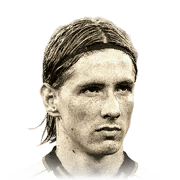