Wow he is just so massvie...

To Begin i want to say, that i played his Rulebreaker earlier this year and i loved him too, but it is such a big step forward with this card, wow

I played him alongside Süle in Elite Div and Fut Champs...

His Pace insane, he can catch up most of the strikers, and if he can not, he just gets his body in his opponent, even if he is in front of him, and gets the ball back.

His Passing is also nice, he played in ~30 Matches nearly 0 bad passes

Dribbling and reactions were also very nice, but i think his RB did a bit better in that way, so this card feels just a little bit clunky

However, his defense and body are way to good. I do not remember one mistake he did in the defense. He gets the ball easily away from R9, Eusebio, Lewa Toty, and everyone else. He can get the Ball from everyone away. He also did not made any Buggy shit vs. Mbappe or someone else, he just gets the ball and thats it.

I loved Süle when i played him, but Rüdiger is just so much better in everything

So if you have the coins u need to buy him and feel his big Body.

(sorry for my bad english, i am not a ntátive speaker)

Dribbling (a bit Clunky, but not too bad) 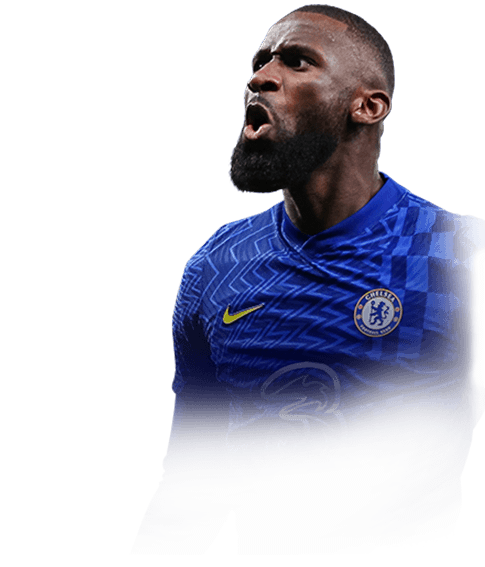 The German Tank from African Steele!

Ladies and Gentleman.Congratulations, you can now stop to search for your new Chief of Defense. I gladly proclaim:Mr. Antonio Rüdiger is the best CB in FIFA Ultimate Team. This Man from the deepest Black Forrest in Germany will haunt your Enemies.Once he habituates in your defensive line, he will claim his throne. Even before breaking your opponents Atackers, he firstly will star...
Read full review 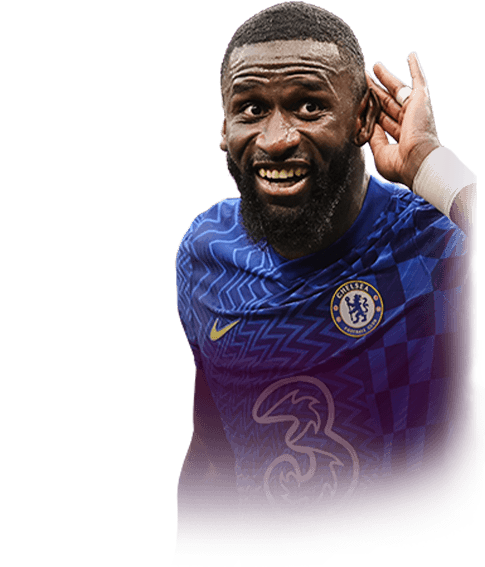 One of the best CBs in the game

he is one of the greatest cbs in the game his blocking and last man tackles are game changers he can out pace the quickest attackers in the game such as : Dembele, Werner, Mbappe, Vinicius I have him paired up with Varane together they are the best CB duo in the game 100% would recommend. (but a bit overpriced imo) (DIV 4)
Read full review