He is small and agile so you best believe that he feels rapid. When he is through on goal, nobody can catch him.

By far the standout attribute. He is 1 of the most clinical players I've used this Fifa. Give him even a half chance and he will tuck it away. Left foot, right foot, it does not matter. He will tuck them all away. His chip shots standout as he scores all of them. Another standout stat of his is his positioning. He gets into alot of positions for easy tap ins.

Surprisingly good, especially for a striker. If his teammates get themselves into a good position, play the pass and more often than not, he will find them.

He is a small fast player with 99 agility and balance. His dribbling is phenomenal. When he gets going, the defenders stand no chance. They cant get near him. Throw the 5* skills in on top of that, and you have 1 of the most elite dribblers on the game.

Great headers. If he manages to get his head on the ball, he will score. He is also surprisingly strong. He is able to hold defenders off nicely and he doesn't get pushed off the ball easily either.

Great card overall and definitely worth the coins. For a more in-depth review, visit my YouTube channel ''SR7 Productions''. 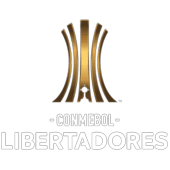 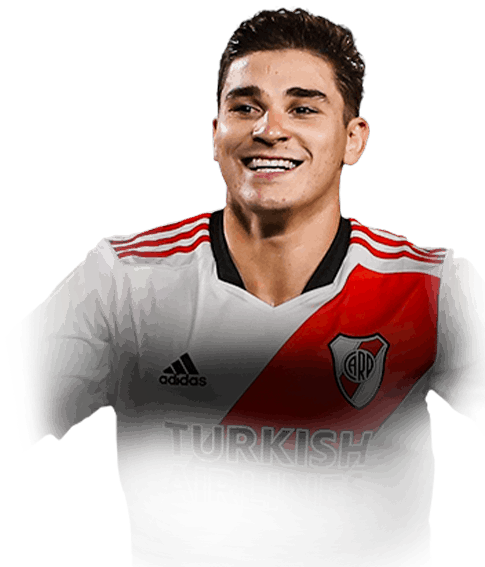 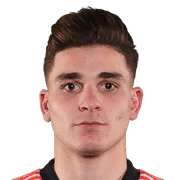 Julian Alvarez. The best supersub I´ve used this year. He is so fast, so good at finishing the ball in the net, makes the run a prime CR7 would. in the games I´ve used him in (Div 1 rank 2) I have a average of 2 goals per game. (14 games)His dribbling is like Fekir´s or Messi´s. Wins headers surprisingly very well. Hard to get off the ball.
Read full review

For context: 12 win WL player, Division 2 RivalsI love trying out cards that aren't popular and overlooked by the masses in the hopes of finding hidden gems. So I came across this card and saw very decent stats, short and lean body type with good work rates and decided why the hell not. I created a budget team to fit him in for some rivals and qualifiers. And while Julian Alvarez may be a topaz instead of ...
Read full review
0
/600
Click here to verify your account in order to comment Update my avatar Dos and don'ts
Top Rated
New
Controversial
Show comments