Imagine this: You are playing Division Rivals. All is well. You have a front two of Jesus and Werner, because of course you do, and a back four of Regulion, Rudiger, Gomez and Wan-Bissaka, again, because 'who else?'. You match some guy who still thinks multi-league hybrids are cool. Easy work, you think to yourself. But then the game begins. 1,2,3-nil down by half time. Bish-bash-bosh. The fuck? Who could've done this to me? Well, I'll tell you. It was me. Well, not me. Him.

Giovanni Simeone. Son of the second most dramatic man in world foorball, Diego, and the reason you have just experienced a seismic faux pas of believing you could stop him. He can, has, and will again do it all. Poaching? Bam. Dribbling? Bam! 3* Stepovers? Thank you mam. He is an unstoppable tyrant, a whimsical force of nature so obscene that he will have his possessor cackling with pitying, maniacal excitement. He is strong. He is quick. He is lethal. He was formerly classified as a WmD by the US Military. He links to Dybala. He smells like elderflower. His skillset knows its bounds and breaks through them until there are none. He should not be this good; 84 Rated Inform ST costing 12k? Best card in the game. By far.

But what about Haaland? Lukaku? M-my precious W-Werner?

Pfft. Discard them. Rid of their existence. Pretend you know not of them. You only know of Simeone now. The sheen of his excellence will never have you un-clench your tightened grasp of him. He is symbiotic; soon you too will be compelled embed him into every team, play him in every match, and score 3 in each because that is what he does. 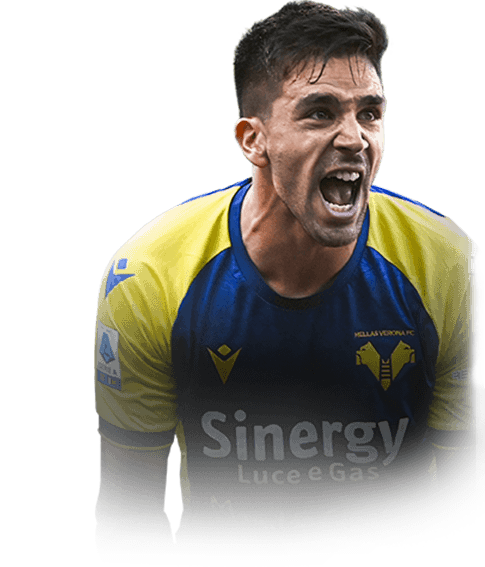 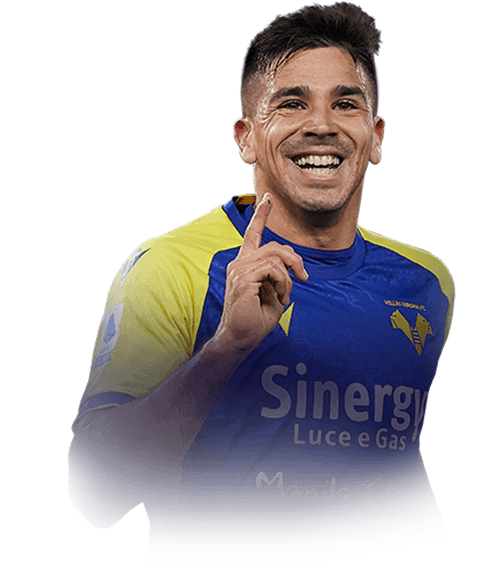 You GIOst have to shoot

I'm going to be completely honest, normally I would've never done this SBC, but after getting two duplicate untradeable bruno fernandes from the 78+ picks I decided to slot them into both of Gio's squads since it would allow me to complete him for next to nothing.So back to the card, I didn't know what to expect from hi...
Read full review

My first ever Review on Futbin so I apologise if this review comes out as a littlle bad. Giovanni Simeone. Wow. Just wow. At first i was unsure of getting him because of the league he plays in but i was really getting desperate to get rid of Ripart (played him in RB) and Ben Yedder was a bit awful for me so i decided to check him out. His stats blew me away, I mean 99 jumping he will never lo...
Read full review

So I did his SBC the second it came out to try him all i can say is that he is godly unstoppable even tho he had 3* weak foot it felt insane thats how crazy it was I've never had this much fun demolishing players on fifa since the rule breakers Arnautobeast came out he was insane I compared both of them and played with both of them up top. Arna is a beast, so i went ahead and compared them on 1 on 1 situations with the with...
Read full review
0
/600
Click here to verify your account in order to comment Update my avatar Dos and don'ts
Top Rated
New
Controversial
Show comments