So I did his SBC the second it came out to try him all i can say is that he is godly unstoppable even tho he had 3* weak foot it felt insane thats how crazy it was I've never had this much fun demolishing players on fifa since the rule breakers Arnautobeast came out he was insane I compared both of them and played with both of them up top. Arna is a beast, so i went ahead and compared them on 1 on 1 situations with the with the keeper he is insane doesnt miss a shot tht even long shots he is a beast even tho its 77 is scored screamers with him today, however, he does lack the strength and is bullied by big defenders like koulibaly VVD, Tomori OTW, but he can pace them and once he ur on ur way to a free goal and his passing even with 3* weak foot is just quality he played in a lobbed pass to diaby rulebreakers who just tucked it in easily he is just insane really cheap 2 but the problem with him is that he lacks links so if you dont have a Serie A team sorry hes not ur player but if u do and can even make a Argentinian/Serie A Hybrid he slots in perfectly remember to use a hunter or hes not gnna be as good as this review says he is, however if u dont hve the fodder trust me and get arnautovic rulebreakers.

You GIOst have to shoot

I'm going to be completely honest, normally I would've never done this SBC, but after getting two duplicate untradeable bruno fernandes from the 78+ picks I decided to slot them into both of Gio's squads since it would allow me to complete him for next to nothing.So back to the card, I didn't know what to expect from hi...
Read full review

My first ever Review on Futbin so I apologise if this review comes out as a littlle bad. Giovanni Simeone. Wow. Just wow. At first i was unsure of getting him because of the league he plays in but i was really getting desperate to get rid of Ripart (played him in RB) and Ben Yedder was a bit awful for me so i decided to check him out. His stats blew me away, I mean 99 jumping he will never lo...
Read full review 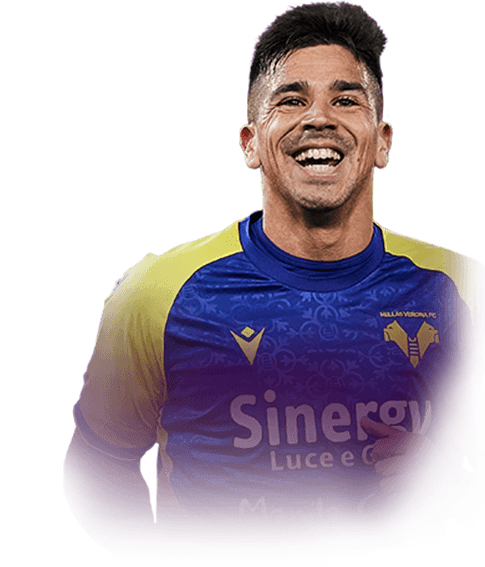 Upgrade from POTM worth it

Overall a good card! If you used his POTM you know that with a hunter he has very good pace and shooting and even though he is 5'11' (181 cm) he has 99 jumping and 99 heading accuracy so he does win some headers from crosses. For under 40k, definitely worth the upgrade from POTM, and if you need a Serie A striker he is a great option. In my opinion bet...
Read full review
0
/600
Click here to verify your account in order to comment Update my avatar Dos and don'ts
Top Rated
New
Controversial
Show comments