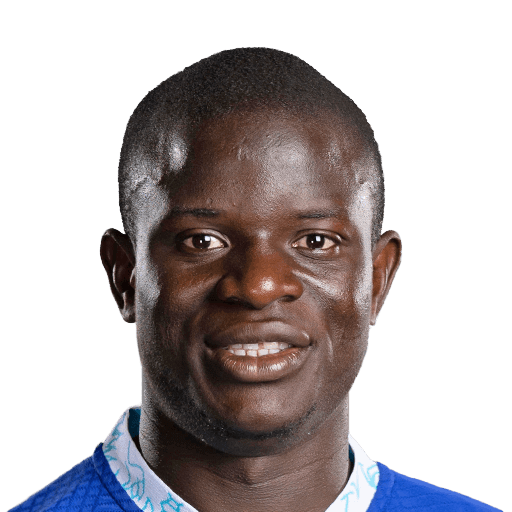 1
Sub out
Upcoming Matches
I

Kante has been an irreplaceable powerhouse in FIFA for several years now, but more than ever he feels significantly affected by the current game. He can still win you the ball, don't get me wrong. Even if he is slightly worse at it than usual, that ability is not in question. However, it is his comparison to other players in that regard as well as his other attributes that bring him down.

It's no secret that Kante has bad passing and dribbling, this being said, it feels like they are as absurdly poor as his defending has been absurdly good int he past. This being said, as we all know, if a player is good at winning a tackle, but the ball bounces back to the attacker in a better position, then you are likely worse off than before you made the tackle. This is how every tackle Kante makes ends up. His ability on the ball is worse than most CBs or GKs in my experience, terrifying to have the on the ball for more than 0.1 second.

Pace 8/10 - Good, not as fast as he once was, but fast enough to do his job in the midfield knowing how EA loves to buff this guy.

Passing 6/10 - can make short passes most of the time, anything else is guaranteed interception

Dribbling 4/10 - Feels like EA is actively nerfing him, negative ball control and will lose 100% of challenges where he starts with the ball

Physical 7/10 - Good enough, but gets falling down stumble animation way too much

He is good player, though all he can do i tackle and when he got the ball he is not able to do anything with it. Passing is very low, shooting very low, 3* WF, low pace with no lengthy... only reason why hes so expensive bc of his links, excluding them would make him 30k if not less