The BPM (Bronze Pack Method), is something almost any FUT player can use to make coins. The theory behind it is simple, you open up bronze packs and sell almost everything inside. There are different approaches people take when attempting this, which we will explore below.

Both packs contain the same amount of cards, the only difference with the 750 coin pack is that you obtain 3 rare cards, instead of 1. However, despite a few valuable bronze players, the only rare card that is likely to return a large enough profit to warrant paying twice as much for the pack are squad fitness cards, hence my advice is to stick to the 400 coin packs.

Now there are two types of player who will attempt the BPM, those who want to make every last coin count and those that can afford to be a little more wasteful.

Bronze contracts give a gold player +1 matches, which is going to take you a while to apply to each player after every game. Now let's throw in some basic math to show the profitability of taking the time to do this.

In each bronze pack you will receive an average of 2/3 contracts. So over 6 bronze packs it is fairly safe to assume you will receive 13 bronze contracts the equivalent of 1 gold contract (200-300 coins). The time it takes to apply each bronze contract is roughly 5 seconds, so to apply 13 it will take you a little over 1 minute. That 1 minute of 'trading' has given you 300-350 coins which works out at 18,000-21,000 coins an hour. Not bad eh?

Again, with these cards there are multiple approaches you can take; use, sell or discard. If your using the bronze pack method to obtain players, and you aren't desperate to make every coin count, then sure quick sell. But if you are using this method for profit, let's do the math!

Much like the contracts, you can expect an average of 1/2 of these cards a pack, so again every 6 packs will give at least 7/8 fitness cards. With 6 packs costs 2,400 coins you are likely to receive 1,400-1,600 of those back from simply the individual fitness cards.

List every single one on the transfer list, and eventually some will sell. If your low on coins, and will have space on your transfer list when finished opening packs, then this is ideal. You will lose nothing by listing these items and if they don't sell by the time you come back to opening packs, we can always send them to the club and use them or re-list at a later date.

Once again, there are two types of FUT player. Those who rotate multiple teams and those who like using a single squad. However if your using this method in order to gain maximum profit, we want to be selling these cards!

Prices of injury cards depend on the type of injury it heals (obviously...). A 'body' or 'head' healing card may be a hard thing to sell, simply because these injuries are far less common. However a 'foot' or 'leg' injury card will more often than not immediately return a profit on the pack. Leg cards selling for almost as much as the rare 'heal anything' cards. Not bad for a non rare is it?

We also have the luxury of a rare healing card, which obviously will sell for a tidy profit!

Staff cards are ignored by a huge portion of FUT players, which always baffles me. The rewards and bonuses these can provide when stacked up are immense. Personally I keep these until the bonus is maximised, this allows your contracts, healing and fitness cards to gain a small boost, every time you use them.

Manager cards can also be a hidden gold mine. Some nations are extremely rare with just 1 or 2 across the whole game. Keep an eye out for these as they can quickly turn a poor pack into pure profit.

List them. List all of them. Unless you find a rare kit (which you will only know by 'comparing') list them at start price 150, and buy it now at max. The chances are most of these will not sell, but while you're opening packs and you have space on your transfer list there is no harm in trying.

If they don't sell within the first few attempts, try changing the BIN price to 200. If it still refuses to sell, you can discard as and when you need the space on your list.

Some will insta-sell for max, while extremely rare, this rare occurrence will have earns you 12.5 bronze packs (5000/400). Damn, that's some serious value!

While the majority of these are tough to shift, if there is space on your transfer list there is no harm in trying, especially during the first month or so of the game.

Either keep every single player, or list every player. Most will sell at some point in the year, many for mega bucks. Discarding will return roughly 10 coins, this is never the correct decision!

Learn the market, understand what sells and when, then enjoy the endless profit!

Nothing needs to be said here, enjoy the free money!

Let's base this off opening 6 packs, we will receive on average:

This is all based off standard pack luck, ignoring the hidden gems and big wins you'll pick up along the way!

Using The Upgrade SBC vs Quick-selling

Ok, so let's say you have a bunch of useless, duplicate cards from this method and you are considering selling or running them through the bronze-silver-gold-rare gold SBC.

The average bronze player is worth 15 coins, so the average silver upgrade will cost you 15 x 11 = 165 coins. This provides you with 2 silver players.

On average these two cards are costing us roughly 4,000 coins and are most likely going to be trash, or simply cards we have no intention of using. In 99.9% of situations, 4,000 coins will outweigh the 2 cards received. 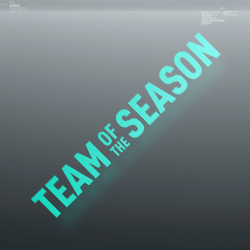 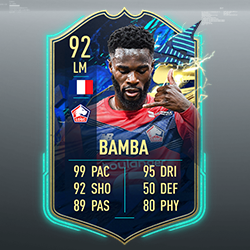 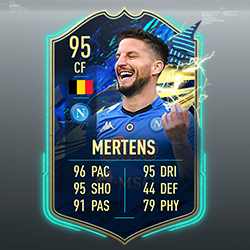