What Is Black Friday

Black Friday is an event that started in America to signify the beginning of the Christmas shopping period. The event takes place the day after Thanksgiving (which falls on the fourth Thursday of November), which leaves Black Friday starting on Friday the 24th of November this year.

Retailers have commonly opened up extremely early and offered large discounts and promotions across a variety of products for those there early enough and due to the success, an additional event called Cyber Monday has come into existence (which falls on the following Monday) which sees online retailers do the same.

Effectively, Black Friday consists of around a week of huge deals, offers, promotions and craziness, and yes, it does carry over to the FIFA franchise.

What Does EA Offer During Black Friday

In the past, EA have jumped on board the Black Friday and Cyber Monday hype train, however they have done this in typical EA fashion. Instead of offering discounts or promotions that give the player base a real offer, they have simply used the events as a cash cow and released a variety of premium packs which come with their full price tag attached.

In previous years we have seen a wide variety of pack offers added to each and every account alongside numerous "lightning rounds" (EA release a set quantity of packs to the market that operate on a first come first served basis). These packs commonly vary from 25k packs all the way up to 125k packs with quantities of anywhere up to 100,000 at any given time.

Why Does This Affect the FUT Market

As we have seen during the first two months of FIFA 18, prices have been on a gradual decline since the official release. The logic behind this is simple, as more and more players obtain packs (through FIFA points, SBC's, Weekend League and Squad Battles), larger quantities of premium players enter the market and supply begins to outweigh demand.

As you can imagine, when millions of premium, top tier packs suddenly enter the market all at the same time, players begin undercutting one another which temporarily drives prices down. On top of this we have the simple fact that there is suddenly an overwhelming supply for the majority of these players, a supply that will in most circumstances outweigh the current demand and as we all know, when supply outweighs demand, undercutting takes place as everybody wants their cards to sell and ultimately, we see a price crash.

How The Market Reacts To Black Friday

Way back when EA first promoted these events, people were caught off guard. Nobody had any experience dealing with this influx in cards, nobody had prepared for possible outcomes but mainly, nobody had any idea EA were going to release such an event. As the years started to pass, more and more people began working out the implications on the market and hence started to predict what was likely to happen. Most of the times these predictions would ring true and price drops would happen almost exactly as and when expected. The current market however, well that’s a whole different story.

As mentioned above, as the years passed by, more and more individuals were correctly predicting/working out how the market was likely to react. As expected, those individuals started growing a following and more and more people became informed as to how the market was likely to react. If we jump to the here and now, we have thousands of investors predicting the market, who have hundreds of thousands of followers taking this advice as fact and to top it all off, we also have big names in the FIFA entertainment industry creating content around the expected drop in market prices.

In theory this is all fantastic, as everybody saves coins by avoiding the crash. In reality, it is impossible for everyone to avoid the crash and this is why we saw the market drop before Black Friday last year, and then steadily recover. This pattern seems to have repeated this year, we have even had people planning ahead and avoid spending coins from release, simply due to fear of Black Friday and if we take a quick look at the market, a small observation of price drops over the past few weeks, we can see how concerned people have become.

Why The Market Rebounds And Recovers

Remember all of those people who sold up months ago so they were ready for the crash? All those people who sold up weeks ago? Days ago? Even those that only sold the day before Black Friday? Well each and every one of these players didn't sell in order to store their coins in a long term, high interest bank account, they all sold up so that they could take advantage of the cheaper prices during the crash. What some of them didn’t take into account, is the volume of other players with the exact same mindset, and when a crowd of people plan on buying simultaneously, well this is when we see the heavy demand begin to outweigh supply.

Now to say the market greatly recovers and rebounds across all players would be a lie, for some this influx of additional cards is simply too much and prices will remain lower. In this category we are looking at the lower rated premium players (84 and lower), the type that are in sufficient demand, are low rated enough that they are constantly packed, but are also too valuable to consider using within an SBC. The supply here can only continue to increase, and as players slowly collect and gather more coins, these types of cards will be the first names on the upgrade lists. Nobody talks about their Ultimate Dream Team and includes the cheap beasts.

We then get into the top-tier players, the players that carry a premium price tag, the type of card that people were waiting until Black Friday to buy. As the FIFA cycle progresses throughout the year, more and more players obtain more and more coins, which directly leads to higher demand for these premium named players. We then need to consider the volume of people who were holding out and waiting to buy these players during the crash, as not only does this increase demand, but it also decreases supply, especially if they buy during the lower dips of the market. After we have taken all of this into consideration we come to a simple conclusion, yes there are a lot more of these cards on the market, but we also suddenly have a whole load more demand which is reducing the price crashes power.

Finally, we look at special cards, ranging from previous informs all the way to icons. Icons are a fairly easy one to discuss first. Due to the Prime Icon SBC's released by EA, they will always hold some sort of value (especially in certain positions), they are premium, end-game cards which will ensure demand is always flowing (especially for the larger names and the prime versions of any) and to top this all off, they are simply new and exciting cards that a lot of people would love to simply try out. Informs and other special cards however, follow a whole different system, based off one simple fact. They are no longer obtainable through packs. Black Friday doesn't add to the supply for these cards, the supply remains consistent, the only variable here is demand. This creates a simple ripple effect throughout the market, players who are one of the best in their position for a set league or nation commonly rise, big names, overpowered cards, we have suddenly entered a buyer's market after the crash and a lot of these cards find themselves on a lot of shopping lists.

When Should We Consider Buying Certain Players

This is a question that has no specific answer, if only there was an exact date and time when cards would be at rock bottom! In reality it requires constant monitoring of the market. Prices have been consistently crashing for the past few weeks now and the time to buy is obviously when they are about to start their journey back up. It's like a race, you want to be the first away, the fastest, but if you jump in a second too early you receive a false start, while if you're a second too late you’ve already lost a load of ground. Effectively, you want to be the first of many to start buying their team and predicting the crash is at its lowest point. Last year this moment was a week or so before Black Friday, years back it was after Black Friday, the only question that remains is, when will be the optimum time this year. 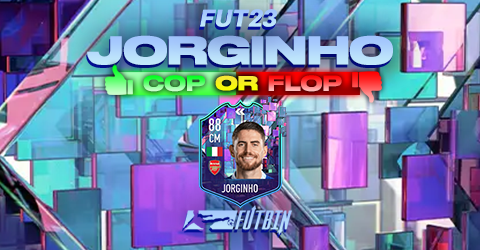 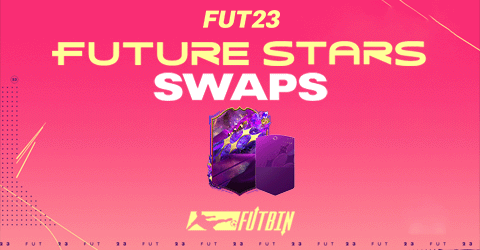