I must admit that the Copa Libertadores squad has been a small breath of fresh air.  Finally, some new cards are available that do not have an underlying SBC that I completed in December, and more importantly, they are useable and affordable.  It took a grand total of 15 seconds to know that I wanted to review Carlos Tevez for this weekend, and a grand total of a day to realize that he would remain extinct at 650k with EA seemingly unaware or unbothered by that fact.  Regardless, a shift of gears saw me move on to a card with similar intrigue in Lisandro López.  The boosts to these cards were insane and just a glance at Lisandro gave me TOTS flashbacks.  The application of the ENGINE chemistry did wonders to this card and I played Lisandro primarily as a right-sided striker in the 4-4-2.  Lisandro was the ageless wonder in the following squad: 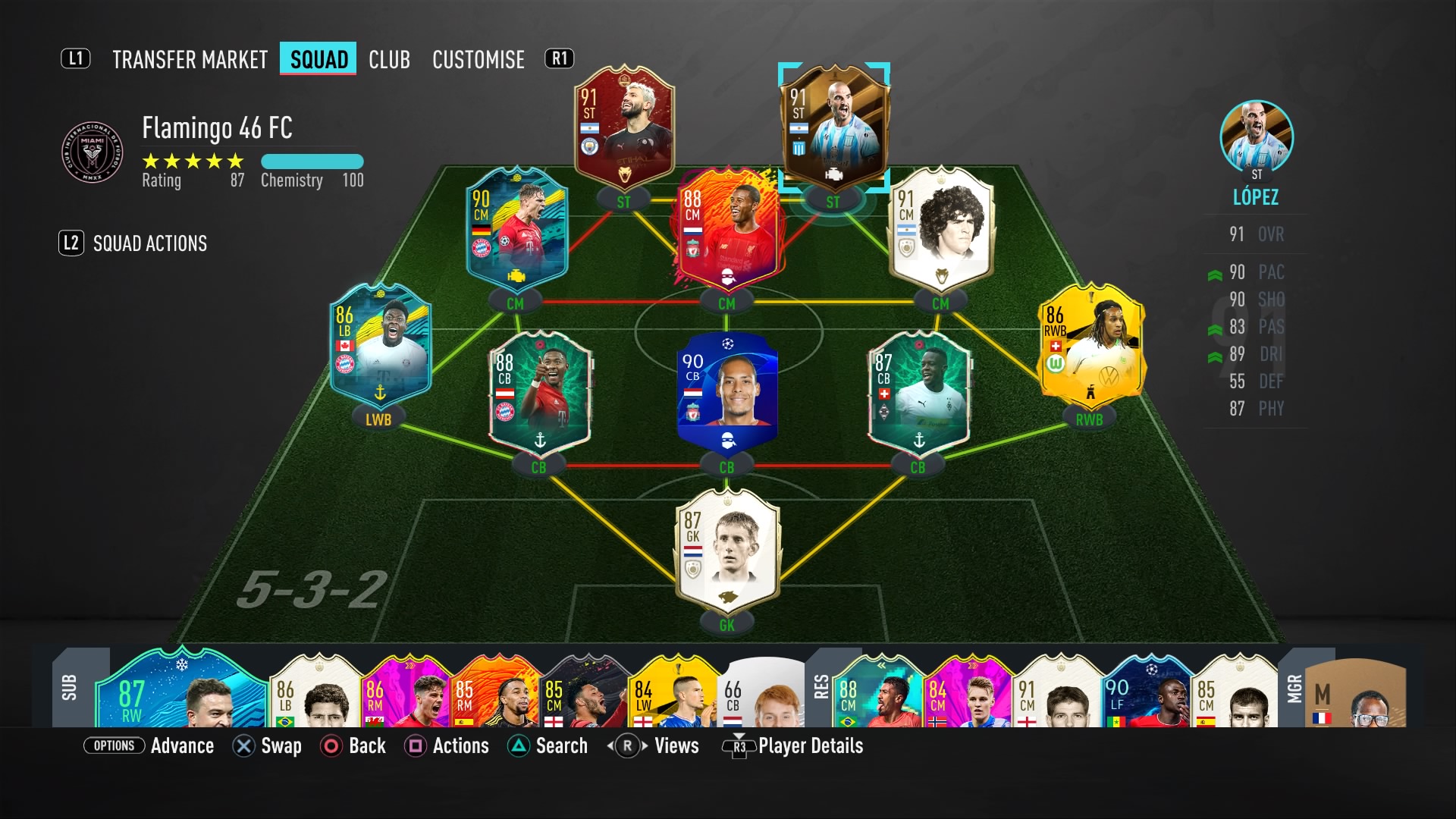 The exact same rating as Shapeshifter Richarlison and deservedly so.  While the stats show 20 games played, I had one disconnect in the team screen that counts as a match played and therefore Lisandro netted 33 and helped with 6 in only 19 matches.  The pace is a big factor on this card and for the first time in a few weeks, I felt quickness in the card I was reviewing.  With ENGINE applied Lisandro boasts a combination of 93 ACCELERATION and 95 SPRINT SPEED, with the acceleration being the key factor.  The pace on this card combined perfectly with the dribbling as well; 90 AGILITY, 97 BALANCE, 96 BALL CONTROL, and 4 STAR SKILLS combined to produce a handful for defenders.  However, pace and dribbling are nothing without the end product … and Lisandro delivered this as well.

Basically, Lisandro came gift wrapped with an entire boosted team of affordable possible links with decent statistics.  Even Flashback Diaz who is gaining a lot of praise offers an interesting link up to Lisandro in your squads.  I went the root of 91 Maradona (who I have been dying to try and did not disappoint), but there are loads of Argentinian options for hybrids available too.
Been waiting for this category since the start of this review to talk about the shooting with this card.  I thought about comparisons to this FIFA … but honestly, I am struggling. Butragueño, Dalglish, IF Neymar, FFS Greenwood, even SS Richarlison are the best finishers I have used in this game; yet I don’t think they can compare to the confidence I had shooting the ball with Lisandro this weekend.  Not since Flashback Ibra last year (yes I went there) have I felt like, “this is going in” with every hit of the ball.  I would even go as far as to say that Lisandro is the cure for the post virus that plagues so many of us weekend after weekend … he doesn’t miss.

Throughout the weekend Lisandro saw some very interesting price movement… from 280k at drop, to extinct at 550k on Saturday and now settling at around 450k.  I honestly feel like if Lisandro was in the Premier League or La Liga he would be going for 1.3 – 1.8 million coins, and if you can fit him in to your squads you have a diamond in the rough.  The company he keeps when comparing stats is crazy and he backs it up on the pitch as well.  While I have to temporarily let him go, I would like to get him back as a second-half starter for my squad at some point.  It is how I used Ibra last year and the amount of games a clinical finisher can save/win is priceless.

I feel like I can’t do this category justice.  Surely there must have been something more to say than “he played a few passes wide or long of what I wanted”.  Yet, this is all that is coming to mind.  He has quickness, 4 STAR/4 STAR, responsive dribbling … so with that speed and agility, he must get bullied right?? Nope … 94 STRENGTH to wrecking ball just about any defender in his path.  Perhaps we can go to 80 STAMINA and nitpick.  Even as a ST I did notice a drop off in the quality and goals nearing the end of the match with Lisandro, and is a big reason for my plan as a full second-half sub.  But come on, the man is 37 cut him some slack.

I have not left myself much to talk about in this section.  I think it is pretty obvious where I stand with this card and even how I would like to use him in the future.  Honestly, the closing words about Lisandro would be you should try him because he is a little different from the normal meta that you see in every squad … and dare I say it, he is fun to use.  Perhaps that is why I don’t have a lot of negative comments about this card … 1. The card is actually class, to begin with, but more importantly … 2. I had fun using this card this weekend.  A word that is too little associated with this game lately (or you know, the past two years).  But I digress, and in the end, Lisandro gets two thumbs up from me.  One thumb for being a weapon who scores at will. The second thumb because as a man in my 30’s as well, Lisandro gives me hope that my pro career is just about to start, just a late bloomer.  Cheers for reading. 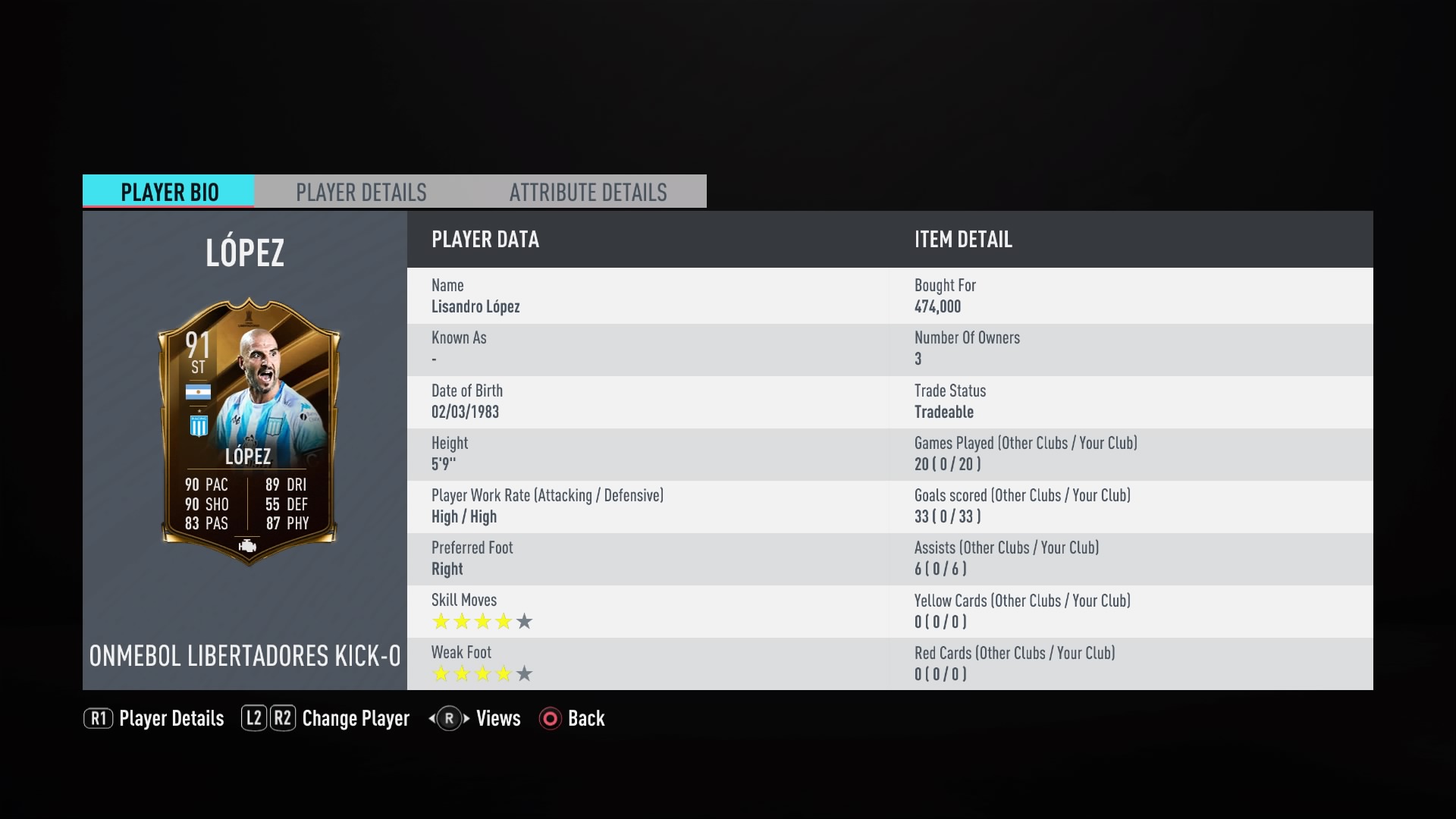 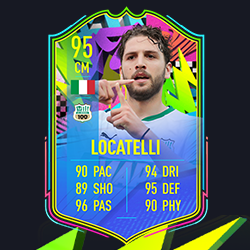 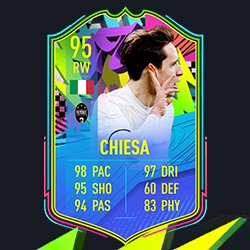 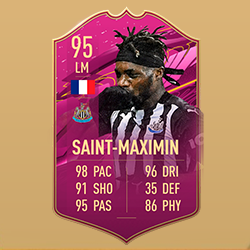 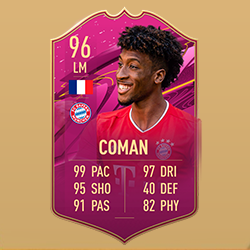