Day 987 of lockdown: They are here, they are finally here!  I have to admit that TOTS is my favorite time of the FIFA cycle. Sure, there could be more content, more grind-friendly objectives, or even heaven forbid, something free.  Yet, I still find myself enjoying the influx of cards and the fact that they are generally affordable and WL ready; especially when those same cards fill large holes in different positions for different leagues.  Exhibit A: Felipe Anderson Pereira Gomes – a much needed addition to the list of available LW/LM options in the EPL.  The LW/LM has caused me so many headaches with team building (why have I not completed Sané?  I don’t know, but am currently chipping away at him).  Mané continues to be the most useable option but with a difficult nation to link, while Sterling just does not do it for me this year.  So, with that in mind I went into my review of Anderson with way too high of expectations and belief that the savior was here.  I applied the SNIPER chemistry style and played Anderson as both a ST (right) and LM in a 4-4-2 formation.  Anderson was the Brazilian flair in the following squad: 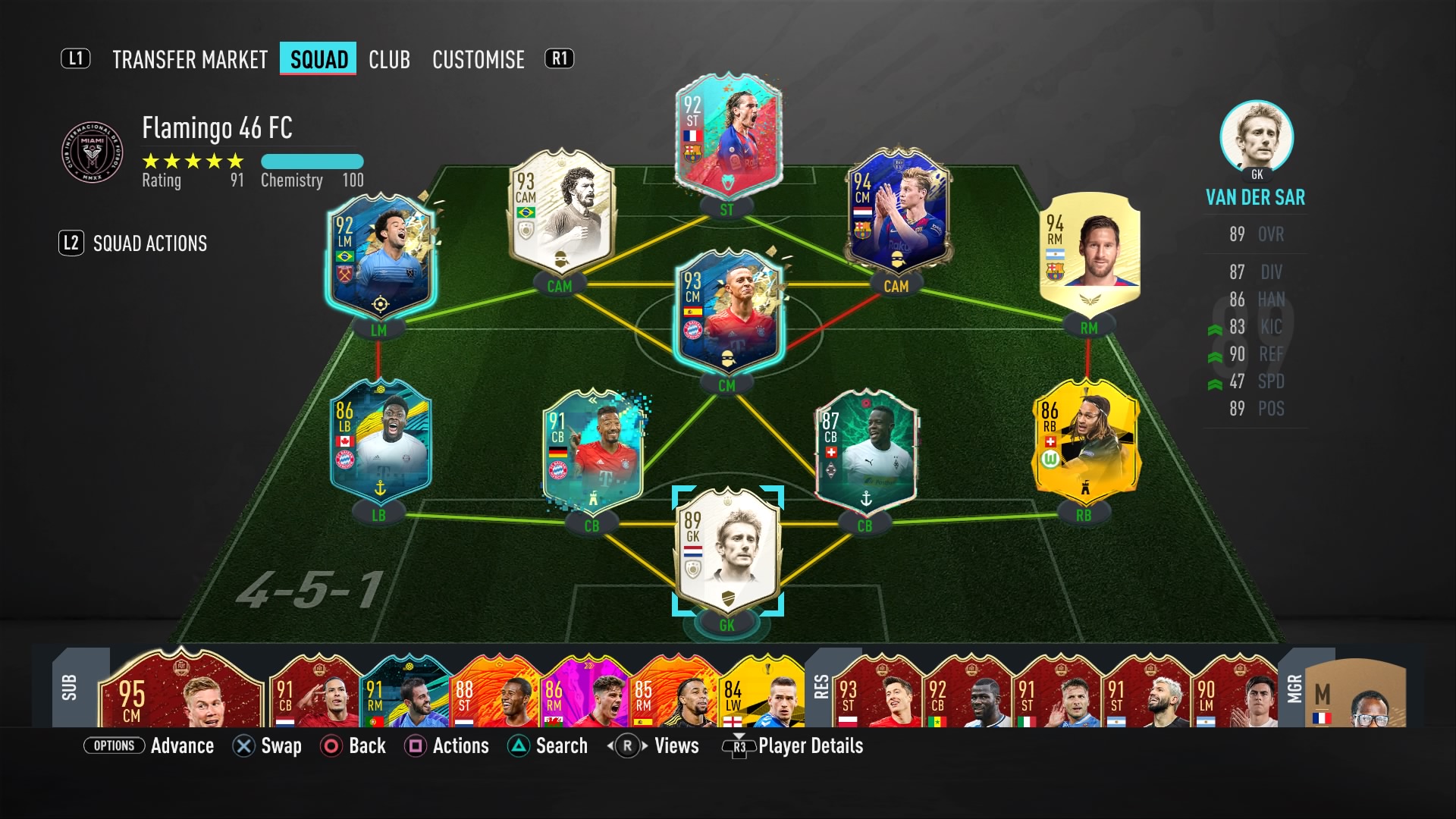 My first ever rating per position, and something that I think I might look at doing more often in the future.  The 9.2/10 relates to my experience with Anderson at ST and the qualities he brought to the table this weekend.  While the more favorable 9.5/10 comes in the form of Anderson’s wing-play throughout my matches.  Regardless of where you play this card, you are definitely getting two things; blistering pace and dazzling dribbling.  With 96 ACCELERATION & 96 SPRINT SPEED, you do not need to be doing anything crazy like applying HAWK for the boost to 99.  This card has pace to burn and the acceleration from standing still is so nice… almost too nice at times as you risk running right into your opponent's defenders.  At full speed, no one is catching Anderson either, which was so crucial to his fantastic wing-play.  On the ball Anderson is pure magic, he can Houdini out of the tightest of areas, which I found incredibly useful in the drop-back-sweat-fest I played through this weekend.

At this point, the Brazilian links in FIFA 20 are out of control.  A wide assortment of options leads to increasing creativity in squad building.  This weekend I went for Prime Moments Sócrates to link Anderson, but there were so many different directions I could have gone.

4 STAR SKILLS – 4 STAR WEAK FOOT – 99 FINISHING – 99 SHOT POWER – 98 LONG SHOTS … how could this card not stand the test of time?  Honestly, I would have said at the begging of this review that Anderson was a shoo-in for a 5/5 in this category.  However, there are a few underlying issues that I would hold me back from a 100% endorsement.  Despite all of the weapons at Anderson’s disposal, I still went with only a 9/10 for shooting.  The key issues for me were the 99 SHOT POWER, which at times did not feel anywhere near an 85 even, along with the 4 STAR WEAK FOOT, which again felt underpowered given what you would expect.  With these combined, I did feel like Anderson left quite a few goals on the table and really could have provided more in the attacking third than his 14 goals in 20 matches.

As of this writing, the upgrade packs have just been released on Monday with minimal effect on Anderson’s Sunday evening price.  You can get this card for around 700k at this point and I do believe that is fair value, but would not use the word great.  However, fair value is all we can ask for and I do think he just about warrants the full 700k … I would have been more inclined to give him a 5/5 at 650k.

All good so far, but there are two issues I did want to touch on quickly.  1. Passing – 17 assists, how can I complain about the passing?  In all honesty, the vast majority of Anderson’s assists came from his pace down the wing, opening up back post tap-ins.  I guess he does need to still get the ball there, but I would expect his gold card to do the same.  In the build-up play, when I really needed that cutting pass, Anderson could not come up with the goods.  Time and time again play broke down off the foot of Anderson and I had to part with him in the squad after the 20 matches.  On the wing, this was way less of an issue, hence the separate overall ratings.  2. Physical – he isn’t … I think that sums it up.  Adequate stamina, really poor physical strength on the ball.

My first taste of the TOTSSF was bittersweet in the end.  I really, really, wanted Anderson to be the answer to my EPL LW/LM dilemma… and he was sort of.  However, I wanted him to blow away the competition and really challenge TOTY Mané’s throne, which he couldn’t quite reach.  So, I return to my statements at the start of this review; “I went into my review of Anderson with way too high of expectations and belief that the savior was here,” which was my mistake.
Anderson is more than a quality card and if you have been thinking about giving him a go, especially as a LM/LW, then you will be happy with the results, I can guarantee that.  He may not be the king of the EPL Left Side, but Prince Felipe still holds royalty with the current cards available. Cheers for reading. 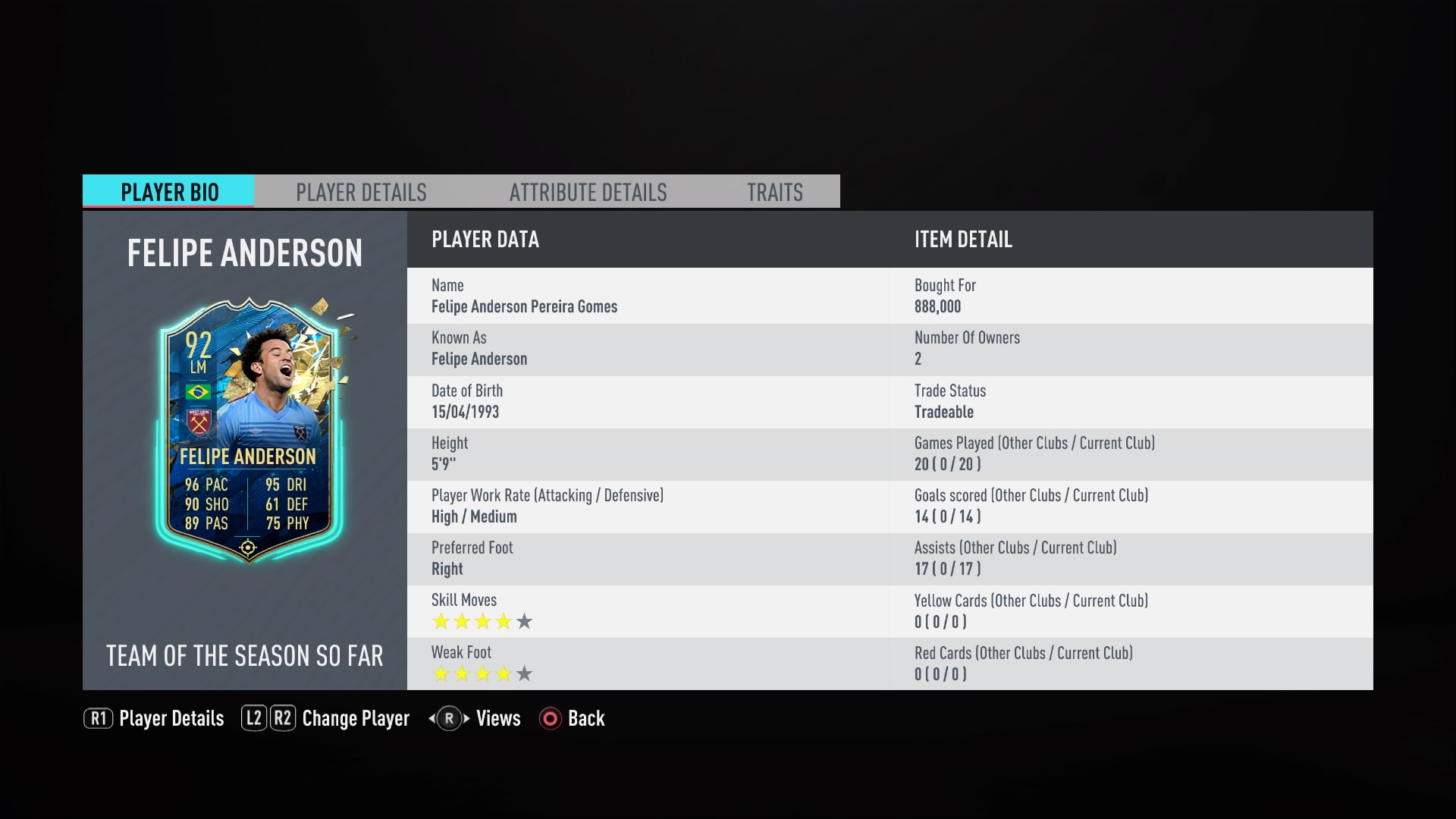 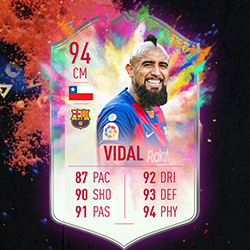 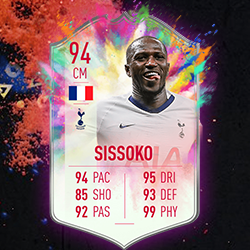 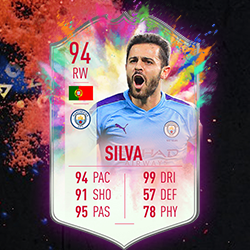