Day 1456 of lockdown: Football is back!  The restart of the Bundesliga this weekend was a welcomed return of the beautiful game.  I can’t tell you how nice it was to watch a match not already knowing the end result.  Additionally, this weekend saw the release of the Bundesliga TOTSSF, which coincided perfectly with the real-life action.  The team was full of useable and intriguing options and in the end, my reviews picked themselves.  If you are following me on Twitter @IVIaeday you will have saw I was fortunate enough to get Davies from a two player gold upgrade, which cemented my first choice.  Given the fact that I had now had extra coins for the other player, it made perfect sense to go right to the most expensive available and take a look at the Polish phenome, Robert Lewandowski.  I can see the comments now, “oh a 99 rated player was good, I did not see that coming…” However, I have used every single version of Lewandowski this year, except his 90 rated POTM.  Every time he gets an upgrade I think, “this card looks insane, surely it will be amazing” … and every time I walk away saying the same thing, “amazing finishing, minimal pace, unusable dribbling.”  With this in mind, I walked into the review of the TOTSSF with a healthy dose of skepticism and would not have been surprised if he was the worst 99 rated card in FIFA history.  Within 5 minutes of my first match, it was clear that EA has FINALLY given one of the world’s best players the justice he deserves.  With the ENGINE chemistry style applied Lewandowski was a free-flowing juggernaut and of course led the line in the 4-4-2.  Lewandowski was in charge of the TikTok account all weekend in the following squad: 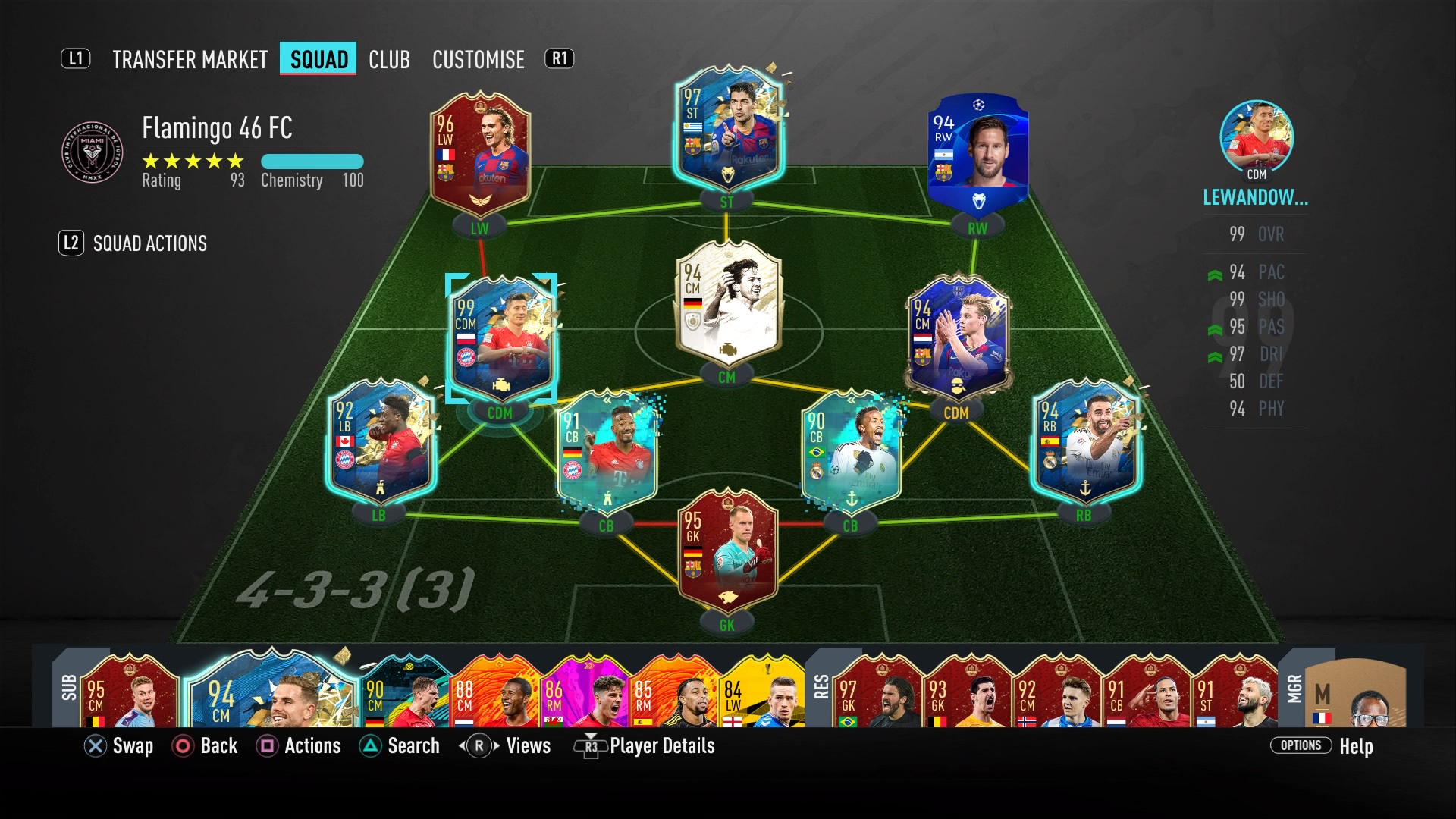 Not quite the elusive 10/10, but this card tried everything to force my hand.  41 goal contributions in 20 matches are all you can ask for given some of the gameplay issues I experienced this weekend.  Obviously the shooting with this card was going to be incredible, but I wanted to start with the two areas that have sunk other versions of the Bayern frontman.  To start with, pace … he actually has some now.  In fact, he has pace in abundance and after the ENGINE was applied Lewandowski boasts the perfect 99 ACCELERATION & 99 SPRINT SPEED.  Is this card as pacey as Adama Traore and other players with smaller builds? No.  But I did not notice a difference between Lewandowski and Suarez and therefore went with the same rating as the Uruguayan last week.  Maybe even more importantly though is that this card now has a level of agility that rivals many of the top available players and properly mirrors this man’s moves on the dance floor (see his TikTok videos for further proof).  94 AGILITY & 99 BALANCE is a little higher than what this card feels, but with the 4 STAR SKILLS mixed in this card is still quite a smooth operator.

Running out of words, so all I will really say is that if this man was not Polish he would be an easy 4.5/5.  The Bundesliga and especially Bayern options are now fully stocked and just the nation provides limitations.

If you look closer at the 95 Passing on this card it is important to note that the only in-game stats between Lewandowski and a 98 or 99 in the passing department are 79 CROSSING and 83 LONG PASSING (84 & 93 with ENGINE).  Two borderline pointless statistics for the ST position, unless it fits your style in which case it will be a small issue.  It was interesting that as the matches progressively became more difficult I found Lewandowski became more of a facilitator to Suarez and his 13 assists were largely from the final 8 matches.

Tough category here. I honestly thought this card would be 2.6 million coins by now and a no-brainer 5/5 rating.  However, Lewandowski continues to fluctuate around the 2.8 – 3 million mark and is, I believe, a mixture of hype from big name streamers/pros and more importantly the fact that he deserves the price tag.  99 Shooting … 99!  You can actually feel the sinews strain as this man puts everything into homing missiles that keepers don’t dare get a finger too for fear of losing them.  Incredible accuracy and power.  Power being the operative word when describing Lewandowski as his 96 STRENGTH borders on the ridiculous and truly makes this card feel invincible at times.

I can’t speak for everyone in this category but I went with a 4.5/5 for one reason only.  28 goals in 20 matches is no slouch, but given all of Lewandowski’s many weapons and statistics, and after realizing the pace and dribbling were present in this card, I would have guaranteed 30+ to start the weekend.  The biggest issue came in about 5 matches of slower gameplay in which Lewandowski did not feel like the same player.  While others can still be effective, I found Lewandowski was a player reliant on good gameplay.  This is not an overly fair circumstance to review, but due to the persistence of these poor patches, I felt it worth noting for those considering splashing the coins to bring this man in.

Gameplay issues aside, I would still go with the same rating.  This card is just about perfect in every way and even the work rates really suit this FIFA.  I think a 5 STAR WEAK FOOT could have seen Lewandowski at the 9.9 rating and was a big reason why I didn’t go for the perfect 10/10 in shooting as well.  On his left, Lewandowski was just as potent but you do feel just the slightest difference and one or two efforts did not find the right location.  In the end, Mr. Tiktok waltzed right into my squad this weekend… the pirouettes were on point as he turned defenders inside out… the physicality allowed him to tango with any defender who tried to bully him… and in the end, he sent my opponents moonwalking out of matches as yet another rocket pierced the net.   If you have the coins, he is one of those cards you just have to try.  If you are saving up and just want that one superstar to carry your team forward, Lewandowski has the strength to carry that weight as well.  A phenomenal card that lives up to the 99 rating… I know… who saw that coming?  Cheers for reading. 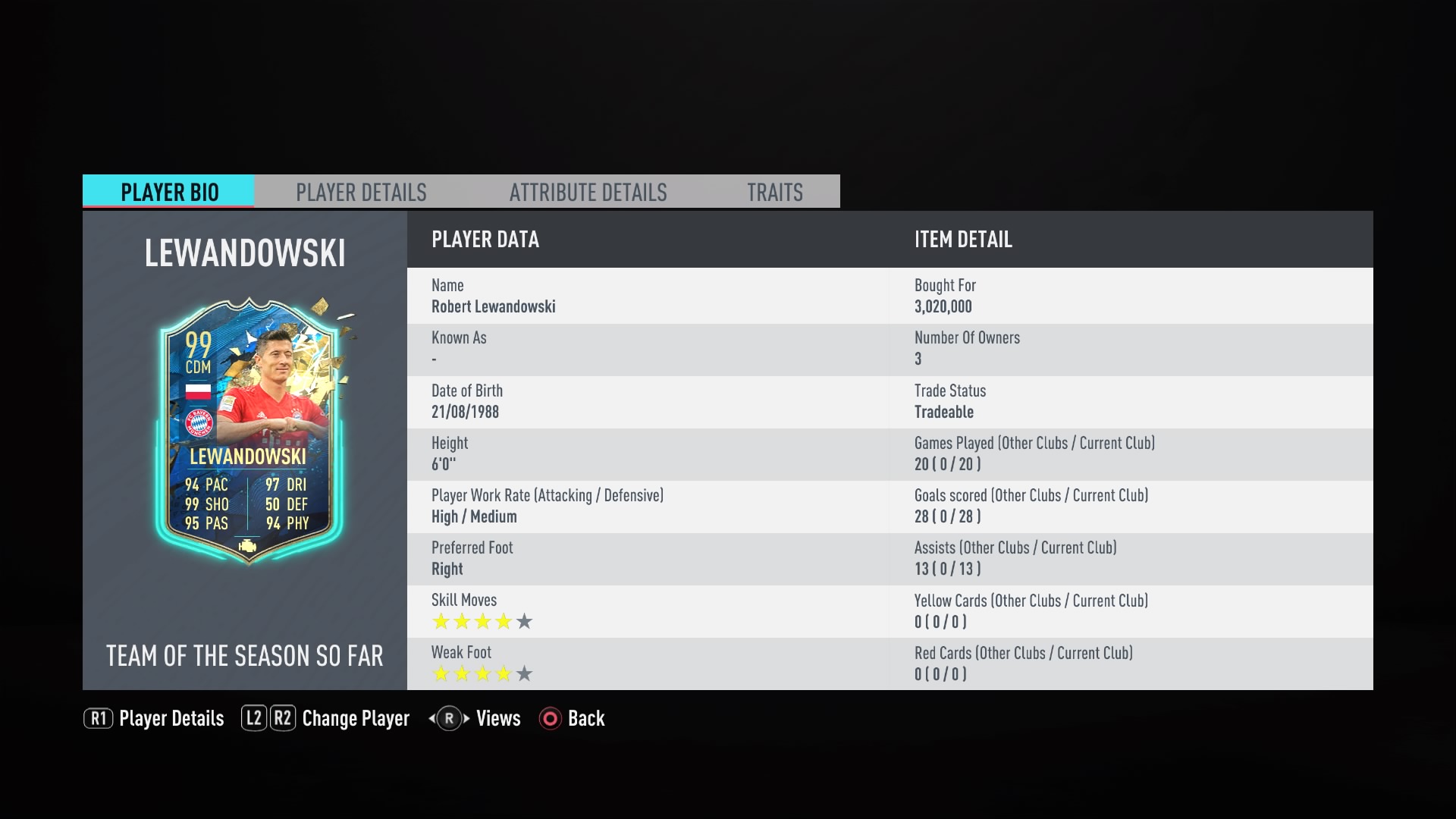 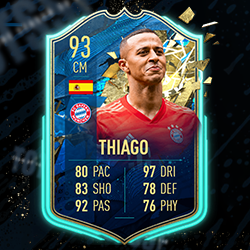 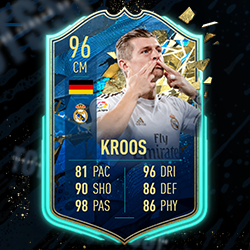 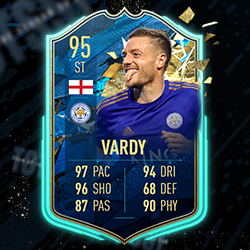 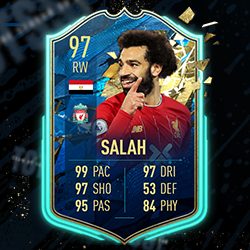 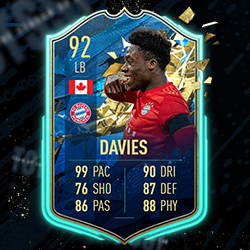