If I was asked to build the perfect midfielder for my attacking CM position in the 4-4-2 I would start by asking for 90 rated Ruud Gullit and life would be good.  But then reality would set in with the 6 million coin price tag just a tad outside my budget.  It is at this point that I would turn to a card in the design of 87 RTTF Gini Wijnaldum.   Liverpool bias aside, this card is exactly what this position requires and it is why I have used the 85 Wijnaldum since the start of FIFA 21.  Even at this stage in the game, there were still a few squads that benefited from his skill set, especially when completing specific objectives.  However, it is without a doubt that 85 Wijnaldum is past his prime in the game and it is why I was looking forward to this review the second this card dropped.  While I deployed Wijnaldum as the attacking CM at the start of every match this weekend… I normally like to bring 82 Atal into that position around the 60th-minute mark.  I am not sure how many of you completed Atal… but if you are not still currently using him you are missing out as he is a monster super sub. So, with a need to make room for Atal I would take out TOTGS Kimmich and move Wijnaldum over into the defensive CM where he performed just as well.  The card is as well-rounded as any others in FIFA 21 and Wijnaldum dominated, regardless of his position, all weekend in the following squad: 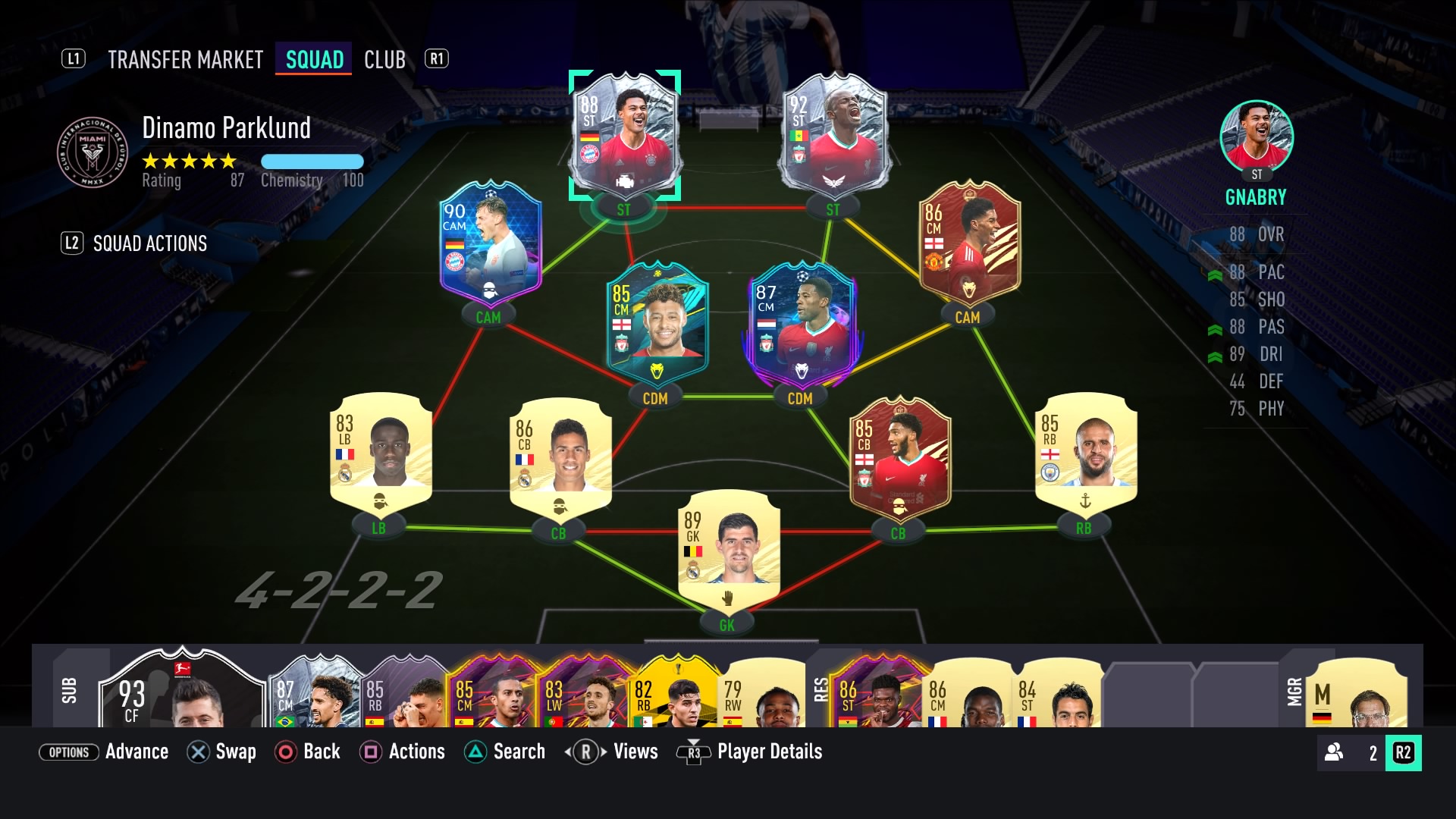 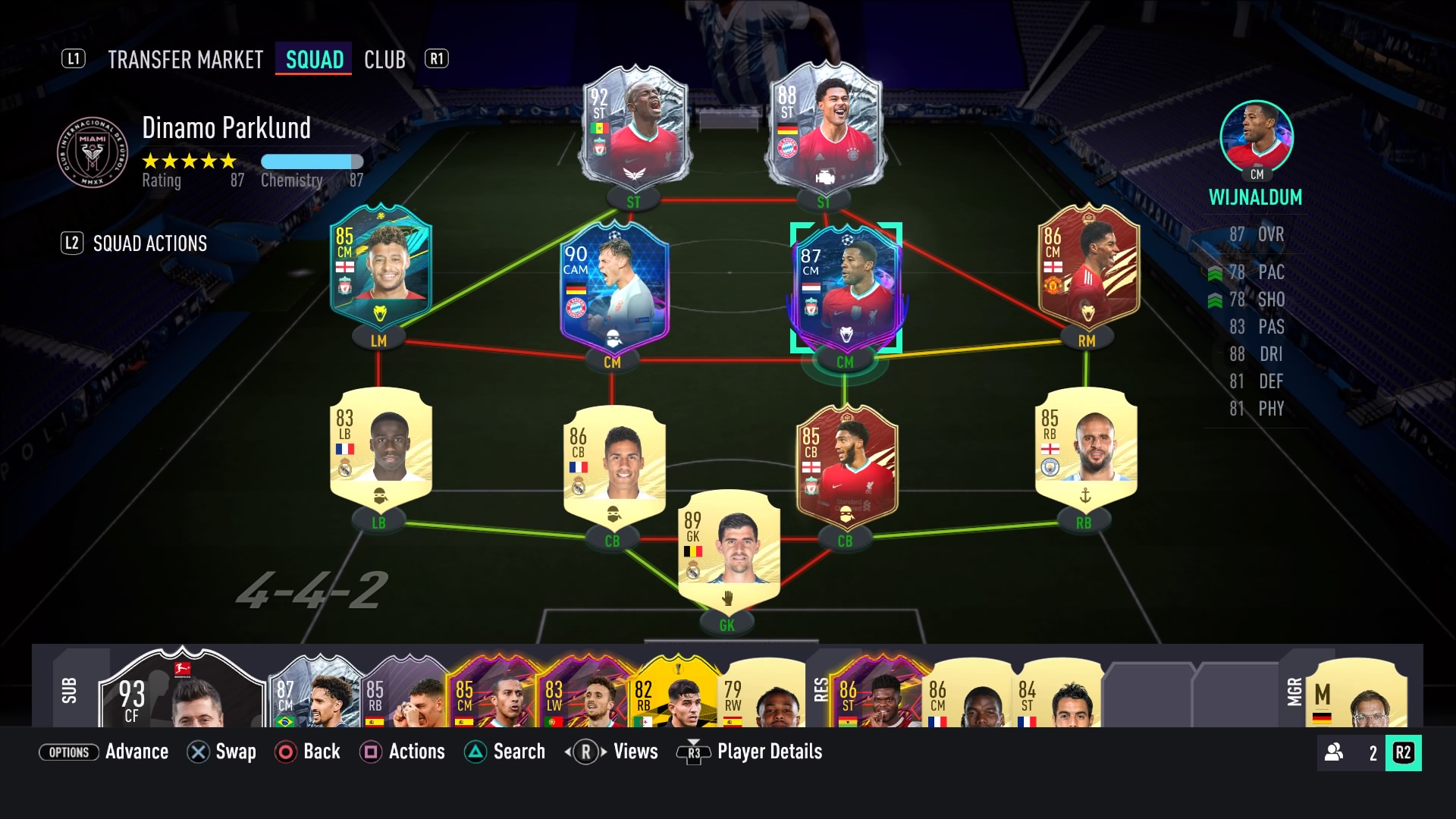 Across the board, you are going to get a heavy dose of HUNTERs and SHADOWs with Wijnaldum and I don’t think that this is a bad choice.  89 ACCELERATION & 88 SPRINT SPEED feel very powerful in the midfield and you can bridge the gap between defense and attack with relative ease.  Additionally, Wijnaldum does have the defensive statistics that a lot of attacking CMs will lack and his pace mixed with 95 STAMINA helps with tracking back in defence as well.  One side note, it is worth pointing out that with a HUNTER Gini is an 86 rated CM… but with a POWERHOUSE is 92 rated… just in case this type of statistics is important to you, was definitely eye-opening for me.

With 86 AGILITY & 90 BALANCE I was thinking I may have to apply a chemistry style to boost the dribbling just a bit.  It is crazy to think that we are already at a point where high 80 statistics make us start to question a player.  However, with the META being so heavily focused again this year on speed and movement it is key for players to feel responsive and agile in order to be deemed “usable.”  Thankfully, Wijnaldum has everything you need in the dribbling department with no additions at all and allows a focus on other areas with chemistry style application.

Obviously, this is a bit of an unorthodox “attribute” to focus on.  However, it is undeniable that there are no weaknesses in Wijnaldum’s card.  I will certainly listen to arguments that his 88 FINISHING & 76 LONG SHOTS are not consistent enough… or that 76 STRENGTH in a smaller midfielder is lacking… but from everything I experienced, Wijnaldum is a Swiss Army Knife on the pitch and capable of completing anything you ask of him with consistent results. Consistency is the key here… and is a big part of my 9.5/10 rating overall; I swear this card never has a poor match and comparably there are not many better all around cards.

430k. I think I will combine these two categories this time around given the real lack of negatives with this card.  Again, the card is not perfect… but I am not going to sit and nitpick fine margins when the card performed so well all weekend.  So let’s return to the price tag and discuss value.  If you input the minimum statistics for Wijnaldum into FUTBIN player search you get a very interesting result.  I will save you the time… 90 & 93 Gullit, 91 Vieira, Flashback Khedira & an all but extinct RTTF Kessie.  With the first three cards being beyond 99% of budgets and Khedira no longer available… you have two options remaining.  I won’t lie, I have been really sleeping on RTTF Kessie who looks like an absolute beast (if you are using him I would love a mini review in the comments).  But it also reaffirmed in my mind just how good Wijnaldum is and therefore how good of value I believe the card is overall.

Then you have to factor in the RTTF intricacies that come along with this card.  I have actually been blown away by the number of people who have picked Leipzig over Liverpool in their Champions League predictions.  I cannot see it, but maybe I am blinded by my own loyalty.  In my mind, Liverpool has the edge in this tie if they can avoid any further major injuries to key members in the squad.  With that in mind, it is possible that Wijnaldum joins the Gullit Gang by mid-February and continues to improve with new options available.  Furthermore, it is not outside the realm of possibilities that Wijnaldum gets a January upgrade if he continues on the run of form he has produced since November; potentially bumping this card up before February.  All things to consider, and all “ifs” and “maybes” … but one thing that is guaranteed, this card performs at the level of a 500k player and is good value in my mind… with the potential to become unreal in months to come.

Perhaps the only knock against Wijnaldum that I can find is that he is not exactly a specialist in any area.  As the 5 goals and 11 assists in 20 matches suggests the scoring touch and creativity of an out and out CAM is certainly not there.  The tenacity and tackling of Wijnaldum compared to a Kante or Marquinhos in CDM is close, but not quite as potent.  So in those cases, there are alternatives to Wijnaldum that will yield better results in the long run.  However, as a CM there are not many who can match up with Wijnaldum’s widespread abilities and statistics, which therefore makes him the perfect option.  Additionally, as I previously mentioned Wijnaldum does possess the ability to move in and out of a variety of positions throughout a match and provides excellent flexibility for formation changes as they are needed.  In the end, it should be obvious by now that I think this card is an excellent option.  For those that have already tried Wijnaldum, I would love to hear in the comments below the different formations and positions everyone is using him in; I can imagine that it is an interesting variety given his wide range of talents.  Hope everyone is safe and well, Happy Holidays.  Cheers for reading. 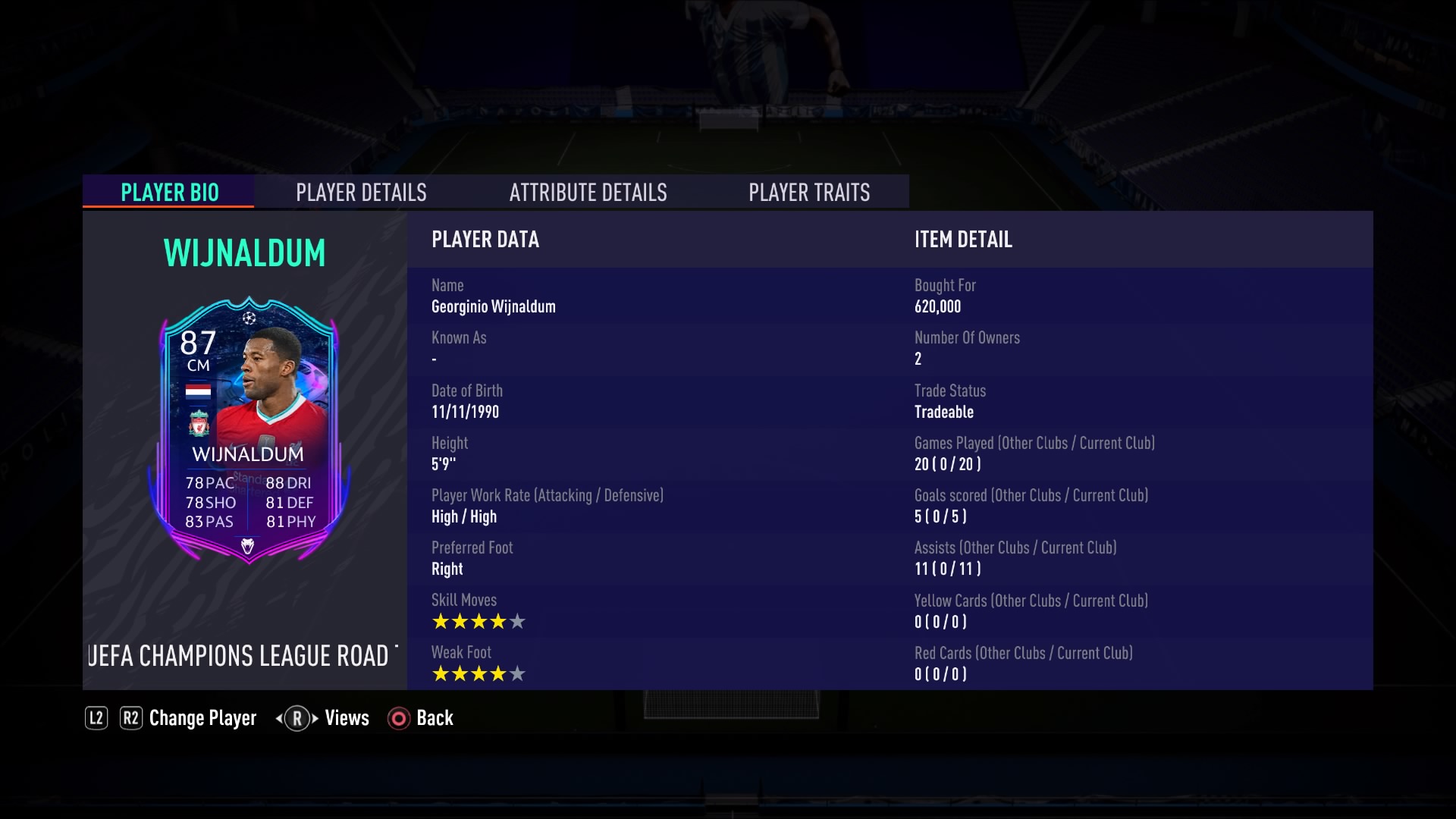 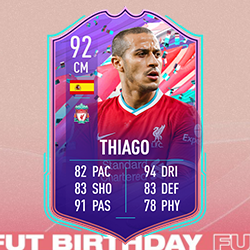