Gareth Bale has called time on a career, this time his instead of Loris Karius’. A glittering career, littered with some of the greatest goals ever scored on the grandest stages the game has to offer. We are of course talking about his scorching effort on a cold Wednesday night at Hull in 2006.

In all seriousness, Bale is one of the greatest British players of all time, arguably its greatest export, and has almost single-handedly driven Wales to three of the last four major tournaments. *That* Champions League final goal, *that* Copa Del Rey goal, a multitude of long-range screamers, and more Champions Leagues than all but 4 teams, he truly deserves a massive card to celebrate the end of his era.

Here are the following SBC Requirements you’ll need to complete for Gareth:

This is Di Maria TOTT level of cheap. And getting it as we go through one of the biggest pack binges of the year means that the price is only going to drop. You will also easily be able to complete this with fodder acquired from all the objectives we have right now. 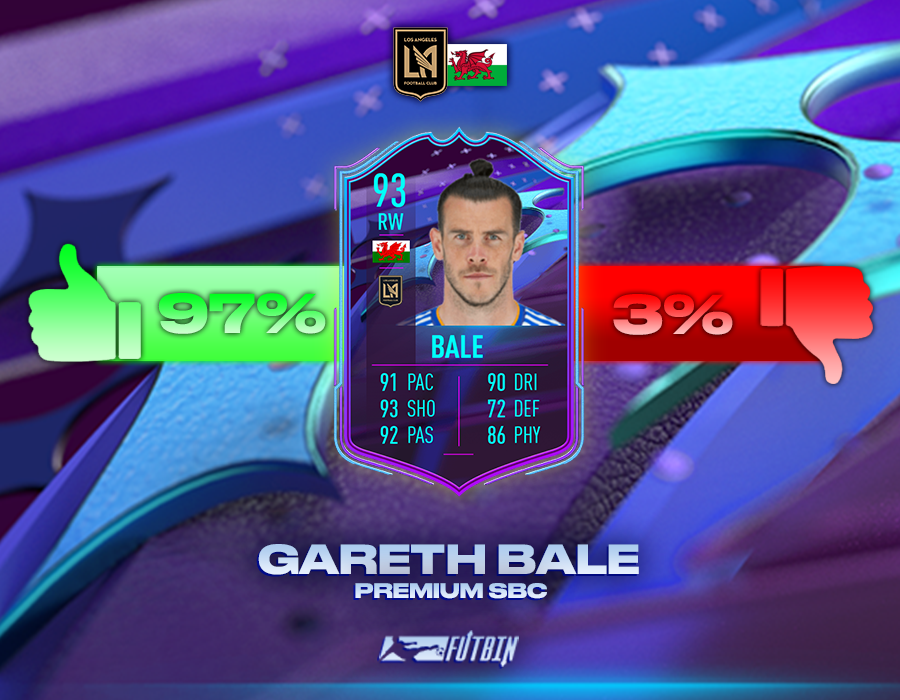 Before I dive into how Bale played in the game, it’s prudent to note that I only played him on 1 chemistry and 0 chemistry. I think this is reflective of how most users will end up utilizing him. As a substitute he plays on base stats, Welsh managers are insta selling at 5k and the price of any half-decent MLS player is more overpriced than those Monkey NFT’s.

Having said all that, even on base stats this card is absolutely ridiculous. In the air, he’s like the opposite of IRL Wout Weghorst. He looks like he should win every header and he does. Deadly from corners, brilliant as a target man when clearing the ball over a press, he is imperious in the air.

Dribbling wise he does feel a little heavier than you’d want. I think this could be more to do with body type and 84 balance than anything else. On new gen, he is only controlled and so you don’t get the advantage of either AcceleRATE type which also leaves him a little slower than you’d like. On full chemistry, an Engine may fix this, but as mentioned, I’m not sure it’s going to be worth forking out 150-200k to make your squad worse just to get Bale on full chem.

His shooting is delightful. 99-shot power is immediately noticeable and anything off his left goes like a rocket. 4-star weak foot is absolutely enough to mean that his right foot is an option too, but on his left, it’s just another level. The extra shot power on his trivela’s, boosted by the outside-of-the-foot shot trait makes them almost impossible to save.

However, it was his passing that most impressed me. With the strength to hold the ball up, he would play line-breaking passes with ease. I’m coming more around to the concept that curve has a huge effect on how good a player's through balls are and Bale is one of the best I’ve used. He finds angles I’ve not even contemplated and with 94 composure it’s almost irrelevant how close a defender is.

How do you compare this card? It’s a real issue. There isn’t a card in the game that is this good that isn’t from the top 5 leagues and so any comparison of stats becomes almost futile. In fact, the next best card is himself, his 91-rated World Cup Stories card!

If we take the time to compare to that card, we don’t get very far. 4/3 instead of 4/4, medium/medium work rates instead of high/medium. A hilarious lack of alternative positions and ranging from slightly worse to significantly worse in literally every stat, even the tradeable aspect of 91 Bale can’t save him from being tossed aside here.

On a pure “fodder” basis. Bale is the cheapest 93 rated by almost 100k. In fact, he’s cheaper than every 92-rated card too. And whilst I wouldn’t suggest that it’s worth doing this SBC to just throw him into another SBC, it’s absolutely an option if you genuinely hate this card.

When you look at wingers around this price, the comparison gets even starker. Jesus OTW at 111k couldn’t lace this card’s boots if they had boots. Raphinha’s champions league card is 100k and despite being quicker, is not a close comparison either.

So who can you link him to? From a Welsh perspective, Ian Rush’s icon card is terrible. Regardless of the version. Then we have a whole bunch of SBC’s that have expired and finally, we have James’ World Cup Phenoms card who is 50k more expensive than he was this time last week. And Connor Roberts in form who is just bad.

MLS-wise, the only non-SBC tradeable cards that aren’t extinct right now are Landon Donavan’s world cup hero card at a hilarious 320k and, at a stretch, Alex Pato’s winter wildcard. Everything in between is extinct and obviously overpriced.

This card has an unprecedented 97% upvotes. No quip I can make really will portray how mad it is to get 97% of people to agree on something.

An interesting debate was started in the comments of Bale, it really is a close-run thing… 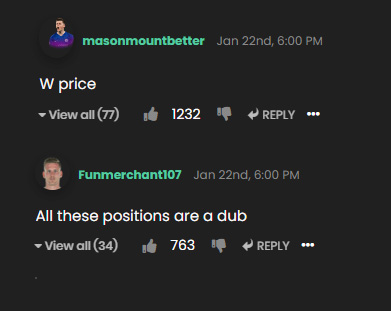 This is a brilliant SBC. It’s a fun card rather than one that will fall easily into your team and it is priced that way. It’s not super cheap but will be easily completable with fodder acquired over the next 10 days. He’s going to be hard to get onto 3 chemistry but I honestly think this is the beginning of the new chemistry system coming into its own. The fact he gets base stats regardless of who else is it is amazing.

If you’re in choppy water and struggling to get a win, this card could definitely Bale you out… 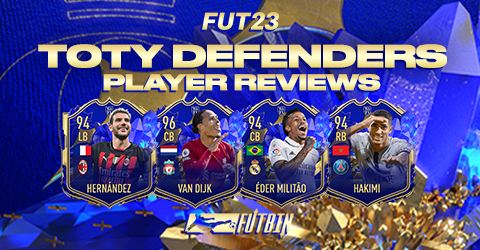