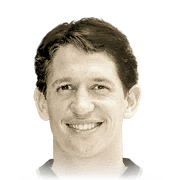 -
Sub out
Upcoming Matches
P. Chemistry
Squad chemistry
ST
86
RW
82
LW
82
CF
85
RF
85
LF
85
CAM
82
CM
75
RM
80
LM
80
CDM
61
CB
54
LB
59
LWB
62
RB
59
RWB
62
Reset
Basic
Sniper
Finisher
Deadeye
Marksman
Hawk
Artist
Architect
Powerhouse
Maestro
Engine
Sentinel
Guardian
Gladiator
Backbone
Anchor
Hunter
Catalyst
Shadow
Comments
Reviews
0
/600
Click here to verify your account in order to comment Update my avatar Dos and don'ts
Top Rated
New
Controversial
Show comments
Top Reviews
Only logged in users can submit a review
A review must be written in English
At least 200 characters are required.
Compare this player to other similar players you have used(optional).
If you import your club to FUTBIN or send us an image with the player data(fill the form below) your review will be marked as verified.
Include what you liked about the player in the pros area and what you disliked about the player in the cons area.
Your review will be manually checked during the next 24 hours.
Chem Style Used
Formations
Position
Rate Player Base Stats (1-10)
Pace
5
Shooting
5
Passing
5
Dribbling
5
Defending
5
Physicality
5
Most Used In:
Submit Review

After 3 games in Division 2 rivals, I learnt a lot from using Gary Lineker. As explained in my youtube review, he feels very similar to Haaland. 3 Star skill moves and 4 star weak foot isn't perfect, but, it certainly isn't terrible. Lineker finished the 3 games with 4 goals and 2 assists in a 442, with the hunter chem style.

Before we get into the pros and cons, let me just say that I did enjoy using him. Some of the goals he scored were very satisfying and truth be told, I expected him to be absolutely dreadful, but he was surprisingly useable!

Now lets get into the pros and cons...

Shooting - This probably doesn't come as much of a surprise. 92 Base finishing is outstanding. When paired with the hunter chem style, it goes all the way up to 99 and it doesn't disappoint!

Positioning - Right place, right time. Lineker makes valuable runs through the middle of the pitch and if you are a possession or a long ball user, you'll still benefit very nicely from his fantastic positioning!

Composure - Gazza has 88 composure and it shows. He rarely missed any clean cut chances, even when under pressure.

High / Low Work Rates - Strikers who have H/L WR very rarely disappoint when used correctly. He often pulled CB's out of position, allowing me to exploit the space with my other striker or my Wingers. Great Stuff!

Passing - Ooh boy... This is my biggest drawback with Lineker. There were multiple times where Lineker attempted to make a vital pass, in order to create a clean cut chance, and the end product was woeful. Either not enough power on the pass, or, simply not anywhere near his teammate. Grrr many chances were lost due to this.

Agility + Balance - My rule of thumb is to avoid more than 3 or 4 touches with Lineker due to his 81 agility and 78 balance. I typically used the agile dribbling when in the box to help with his responsiveness in turns. It certainly helped, but he was no Messi or Mahrez. (Obvious I know)

Aggression - This one also really grinded on me. Once a defender made a tackle on Gary, he very rarely put up much of a fight. More often than not, a defender could run In front of Lineker and walk away with the ball with relative ease. This bugged me because Lineker hasn't got great dribbling. So getting away from defenders isn't very easy.

If you want to see him in action, feel free to check out my video on YouTube :) Thank you for reading!