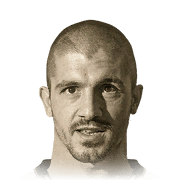 -
Sub out
Upcoming Matches
P. Chemistry
Squad chemistry
ST
73
RW
74
LW
74
CF
76
RF
76
LF
76
CAM
77
CM
83
RM
76
LM
76
CDM
89
CB
87
LB
85
LWB
84
RB
85
RWB
84
Reset
Basic
Sniper
Finisher
Deadeye
Marksman
Hawk
Artist
Architect
Powerhouse
Maestro
Engine
Sentinel
Guardian
Gladiator
Backbone
Anchor
Hunter
Catalyst
Shadow
Comments
Reviews
0
/600
Click here to verify your account in order to comment Update my avatar Dos and don'ts
Top Rated
New
Controversial
Show comments
Top Reviews
Only logged in users can submit a review
A review must be written in English
At least 200 characters are required.
Compare this player to other similar players you have used(optional).
If you import your club to FUTBIN or send us an image with the player data(fill the form below) your review will be marked as verified.
Include what you liked about the player in the pros area and what you disliked about the player in the cons area.
Your review will be manually checked during the next 24 hours.
Chem Style Used
Formations
Position
Rate Player Base Stats (1-10)
Pace
5
Shooting
5
Passing
5
Dribbling
5
Defending
5
Physicality
5
Most Used In:
Submit Review

Defensively his very solid. Rarely has those annoying bounce back tackles, when he tackles he wins the ball. Very strong tackler. He also feels very strong in game when bodying attackers, very physical. Unofrtunately his pace and his agility are noticablely low in game, he doesn't turn very well and his recovery speed his a bit low, especially when comparing to the likes of kante. His dribbling isn't very smooth, yet for me I don't dribble much with my cdm and it is fine, he has control over the ball yet he can't turn very quickly. His passing is questionable sometimes, yet short range passing is reliable, his long passing is a bit dodgy although his stats look good in that area. his shooting is honestly abysmal, don't shoot with him.

I think he is very viable for now, as his defensive efforts are very good, great interceptor and tackler, gets good animations defensively and is a noticable anchor in game. His stocky body type also allows him to act as a brick, very tough to overpower him even with bigger attackers like haaland and lukaku.

After using Gattuso for the latest 40 games in WL and Rivals I can state the fact that this guy is funny to use but at the same time the most frustrating player in the game. Due to investing in Vidal 3 weeks ago I've played with my first own team. Decided to do the Icon SBC and got this chap. The famous qoute "Sometimes maybe good sometimes maybe shit" is excactly what this card is. On the ball he's abysmal, he runs like Andy Carroll with it, cant pass the ball at all, if you compare him to how good Modric is at passing, he's that bad and is as agile as a brick trying to run in a circle. BUT in regards to winning the ball back he's undoubtedly the best player i've had. As soon as any player is close to him he literally butchers them. What's fun is that he actually does butcher the poor offensive players. The tackles are just hilarious. I mean, wow. If you want a player that can't do anything with the ball but you want someone to just run around screaming "You shall not pass" in two ways. This is your guy. Sadly for me it's just not enough and I would honestly recommend Valverde, Casemiro, Llorente or any other CDM more due to the fact that this dude can't be near the ball on a football pitch...

Just about everything with the ball.