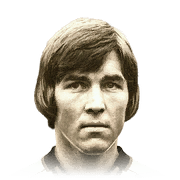 -
Sub out
Upcoming Matches
P. Chemistry
Squad chemistry
ST
85
RW
85
LW
85
CF
86
RF
86
LF
86
CAM
83
CM
75
RM
83
LM
83
CDM
60
CB
54
LB
62
LWB
65
RB
62
RWB
65
Reset
Basic
Sniper
Finisher
Deadeye
Marksman
Hawk
Artist
Architect
Powerhouse
Maestro
Engine
Sentinel
Guardian
Gladiator
Backbone
Anchor
Hunter
Catalyst
Shadow
Comments
Reviews
0
/600
Click here to verify your account in order to comment Update my avatar Dos and don'ts
Top Rated
New
Controversial
Show comments
Top Reviews
Only logged in users can submit a review
A review must be written in English
At least 200 characters are required.
Compare this player to other similar players you have used(optional).
If you import your club to FUTBIN or send us an image with the player data(fill the form below) your review will be marked as verified.
Include what you liked about the player in the pros area and what you disliked about the player in the cons area.
Your review will be manually checked during the next 24 hours.
Chem Style Used
Formations
Position
Rate Player Base Stats (1-10)
Pace
5
Shooting
5
Passing
5
Dribbling
5
Defending
5
Physicality
5
Most Used In:
Submit Review

Dalgish is an very fast turning small player, so that means that he isnt very strong so he wont be able to win a phy against defenders often. But if you are able to use him right you wont need that, he is so super quick on the ball if you turn alot the defender wont be able to take the ball, also you (mostly) dont have to worry about his schooting inside the box. If you like fast small players like Ben yedder and Correa and you have to coins I think this would be an great buy.

His fast turning for me is the best part about the card, but when you pass the defence the schooting will be the second best.

He isnt able to win much fys battles, also his passing isnt great but it does the job.

Dalglish is a very very good player and here is why: He is so agile, his dribblings are really smooth and fast because he is so small. Despite this he can still push through some defenders witih his pace and agility but of course not with his strenght against defenders like Kimpembe, Marquinhos Van Dijk etc. I suggest you to use Hunter chemistry style to push his pace a little more. I play him as a striker in the 442 formation along with Ginola and he performs amazing. His runways are so good and I don't even wanna talk about his finishing. IT IS UNBELIEVABLE! He almost only scores bangers from everywhere, if its a volley, no problem for dalglish, if its from outside the box, no problem for dalglish, if he's getting pushed by any defender, no problem for dalglish he bangs every shot in the corner and thanks to his 5* weak foot it doesn't even matter with which foot you're shooting.

I am an elite player and in fut champs I usually get to rank 2.

I packed him in my first icon pack of the year and after trying him out i think it is a huuuge dub and if you can afford him you should buy him. This man is amazing at striker together with Benzema but he can also play alone up on front and score lots of goals. I prefer to play him together with Benzema in the formation 4-4-2. Dalglish feels very much like a better verison of Fekir road to the knockouts Dalglish has much better finishing and feels so much more agile than Fekir. This is my personal opinion after using him in the elite division.

His passing is not the best