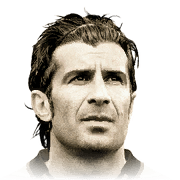 -
Sub out
Upcoming Matches
P. Chemistry
Squad chemistry
ST
83
RW
88
LW
88
CF
87
RF
87
LF
87
CAM
87
CM
82
RM
87
LM
87
CDM
67
CB
57
LB
64
LWB
69
RB
64
RWB
69
Reset
Basic
Sniper
Finisher
Deadeye
Marksman
Hawk
Artist
Architect
Powerhouse
Maestro
Engine
Sentinel
Guardian
Gladiator
Backbone
Anchor
Hunter
Catalyst
Shadow
Comments
Reviews
0
/600
Click here to verify your account in order to comment Update my avatar Dos and don'ts
Top Rated
New
Controversial
Show comments
Top Reviews
Only logged in users can submit a review
A review must be written in English
At least 200 characters are required.
Compare this player to other similar players you have used(optional).
If you import your club to FUTBIN or send us an image with the player data(fill the form below) your review will be marked as verified.
Include what you liked about the player in the pros area and what you disliked about the player in the cons area.
Your review will be manually checked during the next 24 hours.
Chem Style Used
Formations
Position
Rate Player Base Stats (1-10)
Pace
5
Shooting
5
Passing
5
Dribbling
5
Defending
5
Physicality
5
Most Used In:
Submit Review

Luis Figo, a legend that i think for the younger generation is very underated. In fifa he isnt the most hyped player either. But looking at his stats for a this fifa i instantly thought.

we might have something here, and i was right. This guy is crazy, his shooting is way better than other players i have tried with 83-85 shooting stats. his passing is top tier, which is important for me in a 4321. He is very fast, i play him with Mané, and Dembele as LF and RF and Figo seems as fast or abit faster than them actually. (I am using a Hunter tho) His dribling is soo smooth, aswell. And even his interception from there defenders are great for a st.

I was abit worried about the workrates but he has really good runs, i sub in Haaland often and i actually prefer figo's runs.

There isnt really any

I bought him for 600k and I wasnt sure about this investment, but Figo proved me wrong very fast. His dribbling is smooth, it feels like ball is glued to his leg, when defenders are close to Figo he gonna go through them, but when no one attacks him just shoot power shot. Figo`s power longshots are incredible, if you are around 20m from goal just shoot, when I tried it for first time I was stunned. Most of his goals for my team are bangers. He isnt strong but his body type makes him a real terminator. Stamina could be better but 80 is enough for CAM. I definietly recommend this card for everyone.

What a card! Was a bit underwhelmed when i got him in the icon pack but turns out hes actually very good! I play him middle CAM on a 4231 and it works perfectly: his med/low workrates arent noticeable there, and he sends long lobbed passes like its nothing. Really recommend trying him out if you are looking for a good passer!