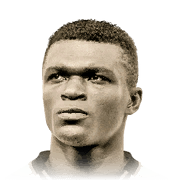 -
Sub out
Upcoming Matches
P. Chemistry
Squad chemistry
ST
68
RW
65
LW
65
CF
68
RF
68
LF
68
CAM
69
CM
74
RM
68
LM
68
CDM
84
CB
89
LB
82
LWB
79
RB
82
RWB
79
Reset
Basic
Sniper
Finisher
Deadeye
Marksman
Hawk
Artist
Architect
Powerhouse
Maestro
Engine
Sentinel
Guardian
Gladiator
Backbone
Anchor
Hunter
Catalyst
Shadow
Comments
Reviews
0
/600
Click here to verify your account in order to comment Update my avatar Dos and don'ts
Top Rated
New
Controversial
Show comments
Top Reviews
Only logged in users can submit a review
A review must be written in English
At least 200 characters are required.
Compare this player to other similar players you have used(optional).
If you import your club to FUTBIN or send us an image with the player data(fill the form below) your review will be marked as verified.
Include what you liked about the player in the pros area and what you disliked about the player in the cons area.
Your review will be manually checked during the next 24 hours.
Chem Style Used
Formations
Position
Rate Player Base Stats (1-10)
Pace
5
Shooting
5
Passing
5
Dribbling
5
Defending
5
Physicality
5
Most Used In:
Submit Review

Packed him out the mid/prime pack and was quite happy but didn't really need a CB since i was using Varane fb and Cordoba but when i tried him out he was insanely good.

Best cb i've used overall and i got so chocked when using him since i thought that Varane fb would totally outshine him but it was the other way around. Try him out and i promise he will do wonders for you and you will not concede alot of goals due to his defending capabilities.

So I had some fodder in my club and needed a good cb next to Süle Showdown and there was this Desailly Prime, which is like every year a horrible player to play against, so i wanted him in my team. First thing i noticed is that if he is in your team he gives the defence way more stability, its no longer susceptible for counter attacks from your oppenent and he is a wall. He makes as well those automated tacklings, where when you dont contrl him the AI is till defending for you, which helps a lot. His positioning is outstanding, everytime there to save you from conceding and his physicality feels like 99. No player got him down and he was always stable. His pace is a fake stat, because he caches up to every player lie Mbappe, Neymar FB and so on. His passing as well was not outstanding, but not as bad like a 66, more like an 80. He jumps to every header and gets everyone of them. He even scored a goal from me with his left foot, so he can shoot as well. I used him in Div rivals elite and WL, where i get around 60 points every weekend. Soon i will drop a video on him on my Youtube channel "NotAnEsportler" and i wpuld appreciate it if you come around. Thx for reading

Dribbling? I didnt dribbled with him much but on thhe ball and only on the ball he feels clunky.

I completed prime desailly for almost completely free he is one of the best cb cars i have used this year. he works well next to a pacy cb ( i play him next to FS Lacroix) and his physical stats or unreal and his tackling is also really good i think that the sbc is 100% worth it.