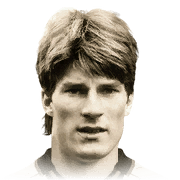 -
Sub out
Upcoming Matches
P. Chemistry
Squad chemistry
ST
79
RW
85
LW
85
CF
84
RF
84
LF
84
CAM
85
CM
79
RM
85
LM
85
CDM
60
CB
49
LB
60
LWB
65
RB
60
RWB
65
Reset
Basic
Sniper
Finisher
Deadeye
Marksman
Hawk
Artist
Architect
Powerhouse
Maestro
Engine
Sentinel
Guardian
Gladiator
Backbone
Anchor
Hunter
Catalyst
Shadow
Comments
Reviews
0
/600
Click here to verify your account in order to comment Update my avatar Dos and don'ts
Top Rated
New
Controversial
Show comments
Top Reviews
Only logged in users can submit a review
A review must be written in English
At least 200 characters are required.
Compare this player to other similar players you have used(optional).
If you import your club to FUTBIN or send us an image with the player data(fill the form below) your review will be marked as verified.
Include what you liked about the player in the pros area and what you disliked about the player in the cons area.
Your review will be manually checked during the next 24 hours.
Chem Style Used
Formations
Position
Rate Player Base Stats (1-10)
Pace
5
Shooting
5
Passing
5
Dribbling
5
Defending
5
Physicality
5
Most Used In:
Submit Review

Where to even start. As a fellow Dane there is something special about playing with Laudrup. As the greatest player in our country's history, he is a must try every year, and despite the fact that EA are totally deluded and have given him a rating and stats way belov the level of player he actually was, his card this year is actually pretty good. It took him a couple of games, but playing on the lefthand wing he got into a rythm and never looked back. His finesseshots from the edge of the box are heavenly. They seem to fly into the corner every single time. I personally used a hunter on him considering his dribling and passing is good and the extra pace and shot boost is all he needs to be the all time great he is. 150k for this card is a steal considering what you pay for other icon cards out there.

If you want a cheap and very fun card I would definetly give him a go.

Michael Laudrup base 85 Icon is probably the best one in terms of "value for money" in whole game. No matter if you don't have much coins in wallet and want to try some icon for the sake of it, or you need some chemistry bitch to the formation like 4-3-3, he is THE guy. There are no better alternatives in that range.

?I bought him for 96.5k on PC and he is one of the best dribblers in that price (not considering players from SBC's), with rapid speed to help that, he's really META creator in attack. As a player, you want him to play three positions where he fulfills his potential - LW, CAM or CF. Of course, he is playable at ST, but you really can't trust his finishing. Nice longshots and finesses tho!