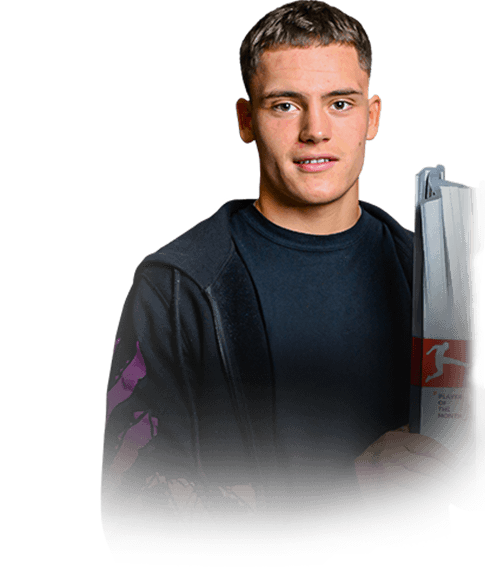 0
Red
Upcoming Matches
P. Chemistry
Squad chemistry
ST
79
RW
86
LW
86
CF
85
RF
85
LF
85
CAM
87
CM
84
RM
86
LM
86
CDM
73
CB
63
LB
71
LWB
75
RB
71
RWB
75
Reset
Basic
Sniper
Finisher
Deadeye
Marksman
Hawk
Artist
Architect
Powerhouse
Maestro
Engine
Sentinel
Guardian
Gladiator
Backbone
Anchor
Hunter
Catalyst
Shadow
Comments
Reviews
0
/600
Click here to verify your account in order to comment Update my avatar Dos and don'ts
Top Rated
New
Controversial
Show comments
Top Reviews
Only logged in users can submit a review
A review must be written in English
At least 200 characters are required.
Compare this player to other similar players you have used(optional).
If you import your club to FUTBIN or send us an image with the player data(fill the form below) your review will be marked as verified.
Include what you liked about the player in the pros area and what you disliked about the player in the cons area.
Your review will be manually checked during the next 24 hours.
Chem Style Used
Formations
Position
Rate Player Base Stats (1-10)
Pace
5
Shooting
5
Passing
5
Dribbling
5
Defending
5
Physicality
5
Most Used In:
Submit Review

At first I was thinking that 50k for this player was too much but after using some fodders of my club it cost me around 13k where I saved a lot. He is an improved version of Nkunku with almost the same price where you can save with untradeables it is even cheaper. He has an insane dribbling only missing the 5 star wf, his pace is unbalance but it feels really good in-game. I tried him MCO and Striker but I concluded that he works best as MCO. He is a good play maker with insane passing also. Only bad things I can find is the low base long shots but in-game it looks like having 99 long shot, the missing of 5*5* but 4*4* is still super good, and the strength could also be a downfall but thanks to his agility and balance so he doesn't need that much strength. Overall I think the value for money is insane even being an SBC and I think he is the best CAM in Bundesliga without counting Goretzka who I think as a box to box center mid.

use him in a cam spot in a 4 3 1 2 and he wont dissapoint he is better than nkunku if and if foden witch you may dissagre with but he is a must have and is quick and has the best passing and finishing ever must do him!!!!!!!!!!!!!

As a casual FIFA player I dont exactly have the option to try out the best meta players. I saw this sbc realised he fit in my team and completed him with my fodder expecting him to be decent for me in my upcoming games. As I said i am a casual so i was worried going into my first champs qualification of the year. This man carried me from start to finish getting me 5/8 of my games won to get me into the weekend league. I noticed throughout the games that his positioning and shot power really stood out as well as super agile character. He got me a hattrick in my final game with some amazing goals. He is such good value and an underrated card that i think can be meta for a while up until christmas.