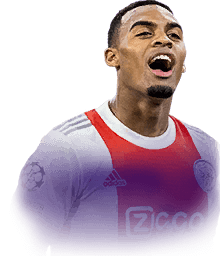 0
Sub out
Upcoming Matches
P. Chemistry
Squad chemistry
ST
83
RW
87
LW
87
CF
86
RF
86
LF
86
CAM
88
CM
87
RM
87
LM
87
CDM
83
CB
77
LB
81
LWB
83
RB
81
RWB
83
Reset
Basic
Sniper
Finisher
Deadeye
Marksman
Hawk
Artist
Architect
Powerhouse
Maestro
Engine
Sentinel
Guardian
Gladiator
Backbone
Anchor
Hunter
Catalyst
Shadow
Comments
Reviews
0
/600
Click here to verify your account in order to comment Update my avatar Dos and don'ts
Top Rated
New
Controversial
Show comments
Top Reviews
Only logged in users can submit a review
A review must be written in English
At least 200 characters are required.
Compare this player to other similar players you have used(optional).
If you import your club to FUTBIN or send us an image with the player data(fill the form below) your review will be marked as verified.
Include what you liked about the player in the pros area and what you disliked about the player in the cons area.
Your review will be manually checked during the next 24 hours.
Chem Style Used
Formations
Position
Rate Player Base Stats (1-10)
Pace
5
Shooting
5
Passing
5
Dribbling
5
Defending
5
Physicality
5
Most Used In:
Submit Review

This man is an absolute tank for me in the midfield, I use him as the more defensive CDM next to POTM Til in a 4231, Defensively very good and still manages to out strength players, he feels very swift and with the 4* skill moves I occasionally just decide to go on a run with with monster through the opposition team and he regularly scores or assists. His shooting is also surprisingly good and you cant complain about a 4* weak foot on top off everything else. His passing is also surprisingly good as well

Sometimes he tends to make a foward run out of nowhere, this does come in handy as I usually manage to score but it also drags him out of position but this may just be my tactics

When i saw this card was released, i thought that he would link good to my untradable Berghuis otw engine and potm Guus Til. I bought him for 24k and slapped an on him. I already had some experience with him cause of his fifa 21 storyline card, but this is different, 4* skills him so much more fluid. 4* weak foot him even better. Me personally likes tall midfielders, so him and Guus Til in midfield in a 5212 is perfect, overall for me he is a 9\10

This man is absolutely awesome! I have packed him when he was at 25k. To this day, I regularly take him from the bank as a super sub.

I use in as a CM. He feels pretty fast and agile, and with 4 star skills and 4 star weakfoot you can get along well.

It is getting more and more expensive at the moment, because Ajax is doing very well in the CL and above all thanks to the super good special card from David Neres.

Especially because of the good links to the new Eredivisie Special cards and to players like De Jong, Depay, David Neres, Owusu, this player is also easy to link.

I would play him with a shadow or engine.