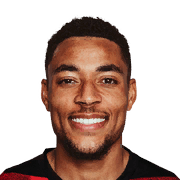 0
Red
Upcoming Matches
P. Chemistry
Squad chemistry
ST
84
RW
88
LW
88
CF
87
RF
87
LF
87
CAM
87
CM
82
RM
88
LM
88
CDM
70
CB
63
LB
71
LWB
74
RB
71
RWB
74
Reset
Basic
Sniper
Finisher
Deadeye
Marksman
Hawk
Artist
Architect
Powerhouse
Maestro
Engine
Sentinel
Guardian
Gladiator
Backbone
Anchor
Hunter
Catalyst
Shadow
Comments
Reviews
0
/600
Click here to verify your account in order to comment Update my avatar Dos and don'ts
Top Rated
New
Controversial
Show comments
Top Reviews
Only logged in users can submit a review
A review must be written in English
At least 200 characters are required.
Compare this player to other similar players you have used(optional).
If you import your club to FUTBIN or send us an image with the player data(fill the form below) your review will be marked as verified.
Include what you liked about the player in the pros area and what you disliked about the player in the cons area.
Your review will be manually checked during the next 24 hours.
Chem Style Used
Formations
Position
Rate Player Base Stats (1-10)
Pace
5
Shooting
5
Passing
5
Dribbling
5
Defending
5
Physicality
5
Most Used In:
Submit Review

5.0
Underrated baller in FIFA and irl
70 users liked this review

Now Arnaut is one of my favourite players so I've been using him in career mode and quickly realised how good he is. The moment i saw this card, i bought him as i knew he would be amazing and i couldn't have been more correct. Even tho it's only October, I think Danjuma will be my favourite player of FIFA 22. Here's why:

I have been using him in division rivals and fut champs for 1 month now and I have played him in many squads and many positions and he always rocks. He's very active player on the field and is always very easy to pass to and finish a goal. I have played him for a left winger and at the moment im playing him as a striker and he's excellent at both striker and left winger even though he has 4* 4* that is still very good. And people are complaining about the links but I really think there is really good la liga players to green link him to.

Picked him up purely to get frenkie de jong on 10 chem with the strong link, turns out he's absolutely lethal infront of goal and carried me to the 12 wins in champs.