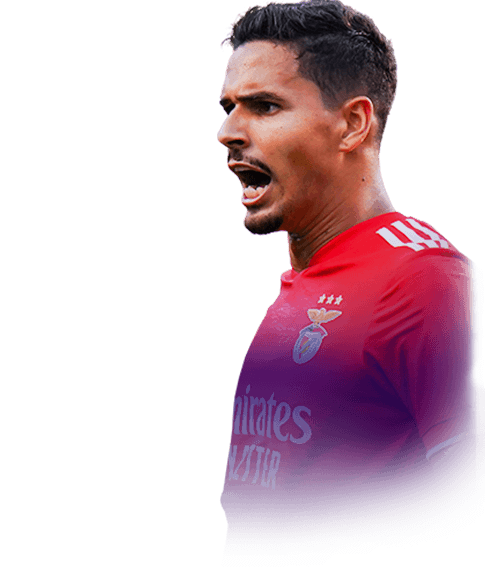 -
Sub out
Upcoming Matches
P. Chemistry
Squad chemistry
ST
62
RW
62
LW
62
CF
63
RF
63
LF
63
CAM
66
CM
72
RM
66
LM
66
CDM
82
CB
84
LB
79
LWB
76
RB
79
RWB
76
Reset
Basic
Sniper
Finisher
Deadeye
Marksman
Hawk
Artist
Architect
Powerhouse
Maestro
Engine
Sentinel
Guardian
Gladiator
Backbone
Anchor
Hunter
Catalyst
Shadow
Comments
Reviews
0
/600
Click here to verify your account in order to comment Update my avatar Dos and don'ts
Top Rated
New
Controversial
Show comments
Top Reviews
Only logged in users can submit a review
A review must be written in English
At least 200 characters are required.
Compare this player to other similar players you have used(optional).
If you import your club to FUTBIN or send us an image with the player data(fill the form below) your review will be marked as verified.
Include what you liked about the player in the pros area and what you disliked about the player in the cons area.
Your review will be manually checked during the next 24 hours.
Chem Style Used
Formations
Position
Rate Player Base Stats (1-10)
Pace
5
Shooting
5
Passing
5
Dribbling
5
Defending
5
Physicality
5
Most Used In:
Submit Review

It's been a while ever since Verissimo was out and I thought on making one review of him because I've seen comments that say he's good some say he's bad, so here is my sincere opinion if you are in doubt if you should or not try this card out in your team.

I've had Verissimo for the longest month of my life, I've played 278 games with him and I'm feeling confident when writing this. I've explored literally every position this guy can play, CB, CDM, CM, LB, LWB. And his best place it is at CB. Verissimo is an odd card you look at his 83 pace (Going up to 85 soon) and you expect him to destroy the attackers, well it doesn't work like that. Even with the Anchor (best chem style for him) Verissimo is not gonna be a cheap Varane. Lucas has a physical that puts me in doubt when challenging for the ball, sometimes he'll tumble over or be completely overpowered by an attacker. But rarely he'll give away a game. what makes Verissimo a good card is his pace. the fact he can outrun many players like Insigne and even Mbappe makes me wonder what this guy actually has in store. In my team he plays the agreesive defensder, running after the attackers while 85 Dante stays back as he conservative one. He gives good slide tackles and its very good on the 1v1 situations, intercepts the ball when needed disarms very well, its always good positioned defensively but he sometimes makes unecessary runs up the pitch due to the Low/Med workrates. He's 1.88m and has good heading accuracy. He'll receive the 2+ upgrade soon and I can say he'll be a cheaper version of 85 Eder Militão. And the links might be a certain problem but with the NOS objective players you can link him better I've played him with 6 chem and he ws almost the same so there are no excuses for the links.

I play him at RCB with these instructions:

It works for me might work for you too. :)

> Pace: I'm doing this review before the upgrade so his 83 pace might have changed by now.

> Awareness: He always manages to stay in position.

> Intercepting: He always find good spots to pressure on to cut a pass.

> Workrates: Low/Med makes him run up for no reason.

> Upgrade: He has gotten the 84 upgrade but I think that's it for Benfica.

This is my first review on Futbin, I'll try my best.

I should preface this by saying I'm pretty average at Fifa. This guy and Marquinhos are the predominant reason I reach Div 4 recently. I feel as if Marqinhos is already pretty meta, so I don't want to sing his praises too much, but if you have used him you have a decent idea of what to expect.

As soon as I fitted these two in my team I started winning games. Out of the 10 or so games I played with him I won 7, roughly 4 of those were mostly because my opponent just couldn't score. He is godly with a shadow, extremely quick and hits like a prime Ray Lewis. I struggle to remember any instance where he missed a tackle or made a bad pass. For me, his positioning was incredible. His stamina may look like a problem at around the 70th minute but it does not affect his play in the slightest. Every time I saw my opponents making runs I wasn't panicking to switch players as much as before because this guy is just so damn good. If you have the coin you owe it to yourself to at least try this guy.

Apart from Marquinhos, a way to fit him in your team is with Grimaldo, who is dirt cheap and I also enjoyed using.