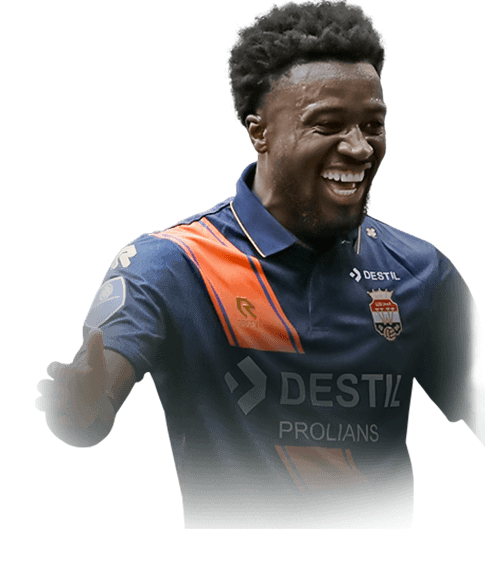 It is a mandatory player to do. I have been testing it this futchampions of both RB and CDM, to close matches. It has good links. For example I have put it together with de jong and van dijk. I have used it on a 433 (2) and it works very well in both positions. It is strong, fast and agile. His 86 aggression and 90 stamina combo (from CDM) makes him very heavy in the Kante style. If you get to the area it has a good long shot so don't hesitate to shoot !!

He's good. Easy objective. Definitely a must do.

I've been using him at CB and RB on the second best chem-style (behind Artist), Guardian, but majority RB. Linked up with all the usable Eridervise cards, it's a cute setup.

Shooting: I know it isn't shooting, but his freekicks and headers are magical, specifically freekicks. I had made 1 freekick all year before getting this card. He's scored 4 in that time. 1 was in squad battles, but the rest in actual games. Crazy. Also got a couple headers from corners. Can't ask for more from a fullback. 4.6/5

Passing: A player could have 99 passing and the passes would still be bad. It's hit or miss with everyone, and Owusu is no different. 2/5 because passing is bad in FIFA in general.

Dribbling: Really jammy. I just dribble through people because defending is so broken. It's not this card's dribbling as much as it is gameplay. 3.5/5

Physicality: Good jumping for corners, although defenders don't jump when EA wants you to score. 4.2/5

In conclusion, he's pretty good. Nothing crazy, but a good option nonetheless. Hopefully EA will fix the game so I can give him a legit runout, but that won't happen.