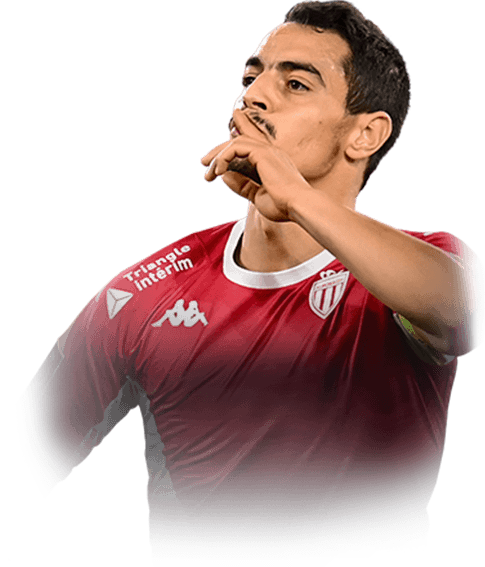 0
Red
Upcoming Matches
P. Chemistry
Squad chemistry
ST
87
RW
88
LW
88
CF
89
RF
89
LF
89
CAM
88
CM
81
RM
87
LM
87
CDM
64
CB
56
LB
63
LWB
67
RB
63
RWB
67
Reset
Basic
Sniper
Finisher
Deadeye
Marksman
Hawk
Artist
Architect
Powerhouse
Maestro
Engine
Sentinel
Guardian
Gladiator
Backbone
Anchor
Hunter
Catalyst
Shadow
Comments
Reviews
0
/600
Click here to verify your account in order to comment Update my avatar Dos and don'ts
Top Rated
New
Controversial
Show comments
Top Reviews
Only logged in users can submit a review
A review must be written in English
At least 200 characters are required.
Compare this player to other similar players you have used(optional).
If you import your club to FUTBIN or send us an image with the player data(fill the form below) your review will be marked as verified.
Include what you liked about the player in the pros area and what you disliked about the player in the cons area.
Your review will be manually checked during the next 24 hours.
Chem Style Used
Formations
Position
Rate Player Base Stats (1-10)
Pace
5
Shooting
5
Passing
5
Dribbling
5
Defending
5
Physicality
5
Most Used In:
Submit Review

5.0
THE RAT LEADER IS BACK
56 users liked this review

So i managed to pack this beast out of a ligue 1 upgrade earlier today and i can simply say that he is the best st i have used in my main team this year. at little about me: im a 2000+ skill point rivals player and rank 1 in champs. so i jumped into champs wiht the rat king and he did not disappoint by any means. i was really suprised by his noticable streng and pace combbo along side with his perfect left stick dribling and cracked shooting. with this car compared to his normal it has good stamina and u can really fell it.

This guy is just horror for every defense. Got him from the 25k Season Level pack.

He feels a lot faster ingame compared to what his stats show.

Wissam is by far the most movable player i played this year, even more movable than Messi, Salah or Jota Numbers Up.

His shot is incredible accurate and because of his 5* Weak Foot u can shot from nearly everywhere.

This card also feels like his stamina has doubled compared to his Base Card. Even in Extra-Time he blows past defenders with his incredible fast first step.

With nearly 1000k he´s very expensive but i will promise u that he will lift your tame to a higher level.

Ben Yedder is actually sooooo good he can shoot from everywere almost and has a sick ball controll. I packed him but i would say if u have the coins go buy him he's the best striker i have ever tried out. And i have tried many other very good strikers like Mbappe and many other ligue 1 players. Even he's dribble is aslo so incredible good beacuse the ball everytime just sticks to his feet it's like he never lose the ball. I would wish he was 5 star skill moves beacuse then it would be the most insane card ever in fifa history.

He's so good at many there are something that is not the best but he is a very good card here are the good things and the bad things.

He does actually have some things that he's not the best at and here it is: