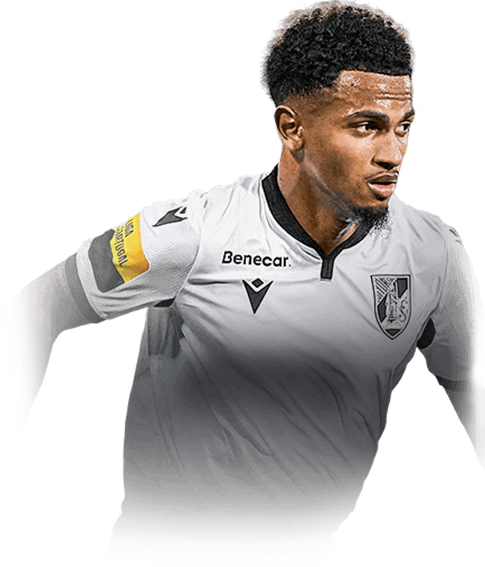 0
Red
Upcoming Matches
P. Chemistry
Squad chemistry
ST
80
RW
87
LW
87
CF
87
RF
87
LF
87
CAM
86
CM
79
RM
86
LM
86
CDM
62
CB
49
LB
63
LWB
68
RB
63
RWB
68
Reset
Basic
Sniper
Finisher
Deadeye
Marksman
Hawk
Artist
Architect
Powerhouse
Maestro
Engine
Sentinel
Guardian
Gladiator
Backbone
Anchor
Hunter
Catalyst
Shadow
Comments
Reviews
0
/600
Click here to verify your account in order to comment Update my avatar Dos and don'ts
Top Rated
New
Controversial
Show comments
Top Reviews
Only logged in users can submit a review
A review must be written in English
At least 200 characters are required.
Compare this player to other similar players you have used(optional).
If you import your club to FUTBIN or send us an image with the player data(fill the form below) your review will be marked as verified.
Include what you liked about the player in the pros area and what you disliked about the player in the cons area.
Your review will be manually checked during the next 24 hours.
Chem Style Used
Formations
Position
Rate Player Base Stats (1-10)
Pace
5
Shooting
5
Passing
5
Dribbling
5
Defending
5
Physicality
5
Most Used In:
Submit Review

I used this card for a few games of weekend league and I can confidently say that this card is a re generation of Ryan Kent. The dribbling and the pace combined make Edwards into the perfect winger. He gets though players with ease. His runs are so perfect for every through ball from the cms. 4 Star skills complements this card very well and coms in very handy. I used him with a deadeye to give a nice shooting and passing boost which showed clearly with his incredible finishing and crosses into the box. English links come in handy but forced me to box him with english players which was a downside. I also found his stamina would run down very quickly which was annoying. Other than that, he is a cheep beast! This is one of the best wingers Ive used this year and I highly recommend you buy him.

Made a futbin account just to post this review. Absolute mad lads over at EA making this card. No matter what position he is at (I play him sub in at ST with finisher) the ball magically finds itself at his feet. Literally he would be the best RB/LB in the game, he has such insane balance and reactivity. The amount of times I just user chase down someone from behind, someone glitch into getting the ball, then slow dribble/fake shot/stop like the disgusting player I am is way too high. He never loses the ball, his touch is lighter than marshmallow fluff on a wafer. 98 balance, 99 agility, 92 reactions (!!!), 95 dribbling, super short, cheeky body type, and 90 composure aka Brittish Michael Jordan.

Seriously, this guy is messi but faster. It says in game he has like 84 finishing in game after boosts but try him in game and he's banging in slonkers. If this card was in the prem he would be 300k+, he is that insane and meta.

All of it. Literally any position. I don't care. He will score and your opponent will cry :'(

That I will won't get to try any other strikers other than him and SBC Benzema until TOTY because what is the point man.

So I'm a rank 2 player in elite division, 1800 skill rating kinda guy - pretty average in this years game. I've got two accounts, one full italian squad with icons, and a try every one account where I just got this guy in. He is my favourite card so far this year, over italian icons, over Rooney, Butra, Nedved, Neymar, Messi, Fekir, etc etc - he's such a monster.

5 ft 6 with basically perfect dribbling and insane pace, slap a marksman on him and he's a 92 wide player. I play him RF in a 4321 and he's scoring for fun. Finesses are top tier, and you know the biggest cheat code with this card - nobody knows who the fuck he is, or that he's a lefty. So you can get it onto his left and slap it in without a lot of players realising he's a lefty. 15 goals in 10 games, some incredible finishes, and all whilst playing on 8 chem. Legend.

The overall score given by EA on cards is such a con - sometimes they line up with the stats, sometimes they don't. This guy is an 87/88 rated card hiding behind an 84.

Yes he is 4* 3* but his dribbling pace and attacking movement more than compensate, and this from a guy who generally tries to use 5* WF players wherever possible.

I've not seen a single squad with him in, he's DIRT CHEAP and absolutely amazing. Try him! Soft link to Tavernier IF at RB (bonkers card also).

Now I just have to find a way to get him and Corona into the same squad.