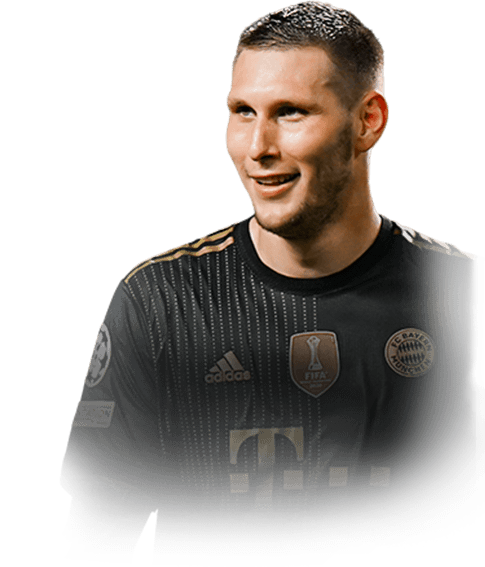 -
Sub out
Upcoming Matches
P. Chemistry
Squad chemistry
ST
65
RW
63
LW
63
CF
65
RF
65
LF
65
CAM
68
CM
75
RM
67
LM
67
CDM
85
CB
87
LB
82
LWB
79
RB
82
RWB
79
Reset
Basic
Sniper
Finisher
Deadeye
Marksman
Hawk
Artist
Architect
Powerhouse
Maestro
Engine
Sentinel
Guardian
Gladiator
Backbone
Anchor
Hunter
Catalyst
Shadow
Comments
Reviews
0
/600
Click here to verify your account in order to comment Update my avatar Dos and don'ts
Top Rated
New
Controversial
Show comments
Top Reviews
Only logged in users can submit a review
A review must be written in English
At least 200 characters are required.
Compare this player to other similar players you have used(optional).
If you import your club to FUTBIN or send us an image with the player data(fill the form below) your review will be marked as verified.
Include what you liked about the player in the pros area and what you disliked about the player in the cons area.
Your review will be manually checked during the next 24 hours.
Chem Style Used
Formations
Position
Rate Player Base Stats (1-10)
Pace
5
Shooting
5
Passing
5
Dribbling
5
Defending
5
Physicality
5
Most Used In:
Submit Review

So, Bayern vs Barcelona, honestly i think Bayern would make it througth them (no offense) so i think the best CB to choose in this Showdown is Sulinho

I played 4 games with him in FC and didn´t scored or assisted any goal bc he is a CB, I must say that 83 pace is goated, despite being 195 tall he can actually run very fast with a shadow, he can easily catch any fast ST like Mbappe and etc that surprised me a lot, also his movement is not bad, i mean, he is not Neymar but he can do it well, his defending is beatiful, he is a very agressive player when doing tackles or to body a player, literally he is a tower in the picth,

So, I honestly recommend u to do this SBC, despite being a bit expensive he is possible the best Bundesliga atm and can be upgraded

This is by far the best cb I've used on this game, not only does he feel absolutely rapid, but his agility and balance stats are a complete lie, off the ball, he is by far the most agile player I've used. And of course his defending, he is just a tank when it comes to it, and that tank travels at about 1.07 billion km/h, although sometimes this can be a downside, seeing as sometimes he can just glide around the attacker, only intimidating him, that is the difference between him and Pique, Pique feels a lot more solid defensively meanwhile Sule sometimes does feel too fast to be solid. His dynamic image is also a beauty but that goes without saying.

Agility (Off the ball)

Balance (Off the ball)

So I decided to write an Review becouse This monster.

I did him on the first day he came out, without the upgarde he was insane but tody i played a few games division rivals(divison 1) and fut quali with the upgrade and he is not more insane he is i don´t know the word for him becouse he is more then incredible. I swear last year i had toty Van Dijik and süle feels like him incredibile.

and he is GERMAN