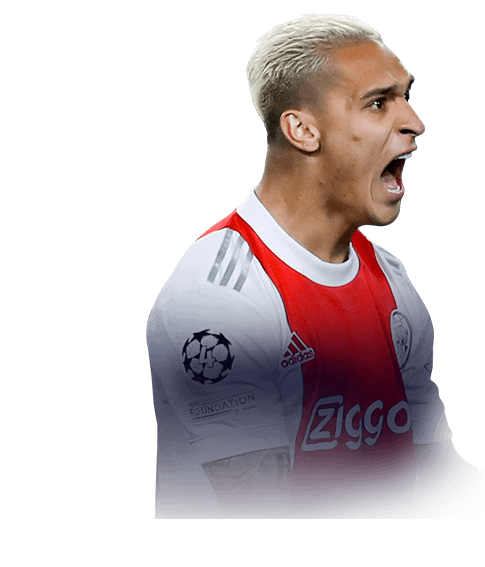 -
Sub out
Upcoming Matches
P. Chemistry
Squad chemistry
ST
81
RW
88
LW
88
CF
87
RF
87
LF
87
CAM
87
CM
80
RM
87
LM
87
CDM
66
CB
56
LB
65
LWB
69
RB
65
RWB
69
Reset
Basic
Sniper
Finisher
Deadeye
Marksman
Hawk
Artist
Architect
Powerhouse
Maestro
Engine
Sentinel
Guardian
Gladiator
Backbone
Anchor
Hunter
Catalyst
Shadow
Comments
Reviews
0
/600
Click here to verify your account in order to comment Update my avatar Dos and don'ts
Top Rated
New
Controversial
Show comments
Top Reviews
Only logged in users can submit a review
A review must be written in English
At least 200 characters are required.
Compare this player to other similar players you have used(optional).
If you import your club to FUTBIN or send us an image with the player data(fill the form below) your review will be marked as verified.
Include what you liked about the player in the pros area and what you disliked about the player in the cons area.
Your review will be manually checked during the next 24 hours.
Chem Style Used
Formations
Position
Rate Player Base Stats (1-10)
Pace
5
Shooting
5
Passing
5
Dribbling
5
Defending
5
Physicality
5
Most Used In:
Submit Review

the dictionary has just changed; Antony now on means class and fun.

let me just say... since the beginning of the year i ve started collecting all possible Netherlands/eredivise waiting for an Antony special card. surprisingly there are now tons of good eredivise cards to be played with him, unfortunately most of them playing in the same role. (neres which is very similiar and also berghuis after the latest 86 upgrade)

Antony shines when running trough the pitch, the ball will always be under his control even in difficult situations. due to this, his skills are god level. especially because is that kind of player you know how he play in real life, thus when attempting a crazy move you can relate to.

in comparation with neres i found out he's better at holding the ball once he got past the defender, without beeing bullied of despite his strength.

i've been remarkably surprised by his finesse shot at the second post when cutting into the box from the right wing, must say that sometimes he hits the post but that s life and Antony makes it way funnier.

passes are good, especially crosses (to haller). he has the outside foot shot, don t know if it actually works for passes as well. i ve seen him doing lot s of beautiful "trivela" crosses in the middle if well positioned.

if you want a responsible skilly player, well rounded in the attacking situations and fun to use he is the guy.

i don t use to buy players for more then 100k since i ve got not a lot of coins and there will be similiar cheaper alternative, and i do play fifa pretty good for fun

dribbling, from the skills moves to analogic s one

weak foot if you care about