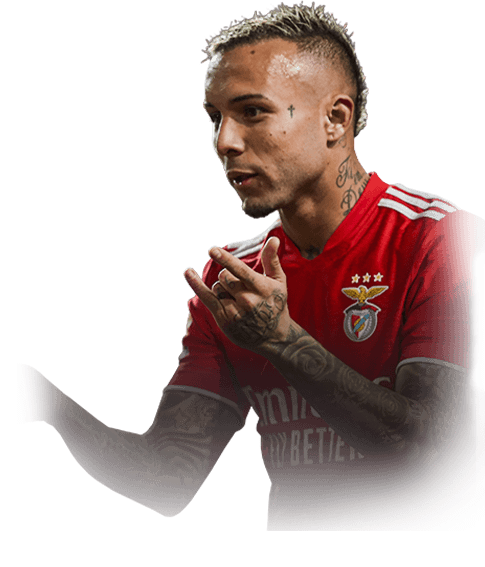 0
Red
Upcoming Matches
P. Chemistry
Squad chemistry
ST
81
RW
88
LW
88
CF
86
RF
86
LF
86
CAM
88
CM
82
RM
88
LM
88
CDM
64
CB
51
LB
64
LWB
69
RB
64
RWB
69
Reset
Basic
Sniper
Finisher
Deadeye
Marksman
Hawk
Artist
Architect
Powerhouse
Maestro
Engine
Sentinel
Guardian
Gladiator
Backbone
Anchor
Hunter
Catalyst
Shadow
Comments
Reviews
0
/600
Click here to verify your account in order to comment Update my avatar Dos and don'ts
Top Rated
New
Controversial
Show comments
Top Reviews
Only logged in users can submit a review
A review must be written in English
At least 200 characters are required.
Compare this player to other similar players you have used(optional).
If you import your club to FUTBIN or send us an image with the player data(fill the form below) your review will be marked as verified.
Include what you liked about the player in the pros area and what you disliked about the player in the cons area.
Your review will be manually checked during the next 24 hours.
Chem Style Used
Formations
Position
Rate Player Base Stats (1-10)
Pace
5
Shooting
5
Passing
5
Dribbling
5
Defending
5
Physicality
5
Most Used In:
Submit Review

You may think it's too soon to make a review on any of these cards, but I've just finished playing my 20 FUTChamps games and I'm certain of what I'm gonna say.

Everton Little Onion, For this champions I wanted to try something different, So I quickly grinded the objective and received the player pick, I prefered this card over the Ice one for a few reasons. One, the passing is really important in this game better passers have more chances of giving a sucessful over the top pass or cross with more precision, Two, I was in need of a good passer in my team that could play as an attacker for the role of False 9, Fire Everton offered me that over the more striker like Ice one. Three, the Fire one with a hawk becomes just as overpowered as the Ice one but with a plus the 87 passing which makes him quick, good finisher and a complete passer.

I played Everton for the entirety of the FUTChamps he was beside 90 Ronaldo in a 4-4-2. While Ronaldo had to be the man in the box to score me goals. Everton retreated more into the midfield to drag out defenders and open spaces with his agility, And he did that role perfectly I might keep him in the main team subbing off Neymar. Everton retreated back into the midfield to be an option for a pass and leave Ronaldo to make runs up as he gave the final touch to the play. As result he gave assist to 24 out of the 30 goals i scored in this champs. His best performance was a 5-2 where he scored a Hat trick and gave two assists.

Everton is very agile so dribbling pass defenders with him isn't a issue, his passing is marvelous his through balls are hard to make the L1 triangle was never so OP, and despite not being the Finisher one he scored some pretty cheeky goals. So i say pick this guy if you want a playmarker more than a finisher he wont let you down.

> Passing: It's the main detail of the card.

> Dribbling: He is agile specially with a Hawk chem style.

> Shooting: I know it differs from the other card, but he scored some good goals for me.

> Strength: He isn't that strong and can be easly overpowered that's why Hawk is a goos chem style for him.

> Positioning: He has a really bad sense of where to stay.