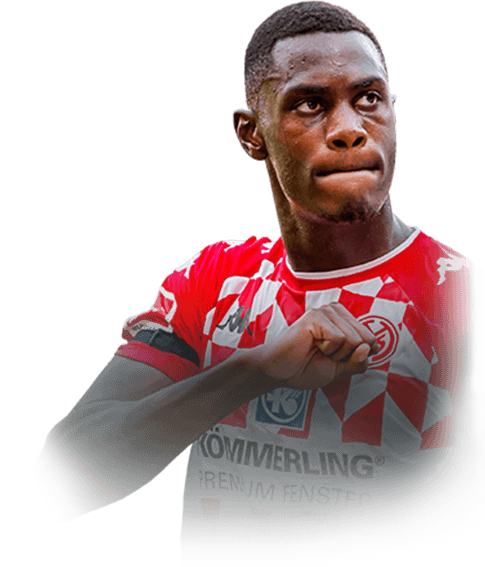 1
Sub out
Upcoming Matches
P. Chemistry
Squad chemistry
ST
65
RW
71
LW
71
CF
68
RF
68
LF
68
CAM
72
CM
78
RM
75
LM
75
CDM
85
CB
86
LB
83
LWB
83
RB
83
RWB
83
Reset
Basic
Sniper
Finisher
Deadeye
Marksman
Hawk
Artist
Architect
Powerhouse
Maestro
Engine
Sentinel
Guardian
Gladiator
Backbone
Anchor
Hunter
Catalyst
Shadow
Comments
Reviews
0
/600
Click here to verify your account in order to comment Update my avatar Dos and don'ts
Top Rated
New
Controversial
Show comments
Top Reviews
Only logged in users can submit a review
A review must be written in English
At least 200 characters are required.
Compare this player to other similar players you have used(optional).
If you import your club to FUTBIN or send us an image with the player data(fill the form below) your review will be marked as verified.
Include what you liked about the player in the pros area and what you disliked about the player in the cons area.
Your review will be manually checked during the next 24 hours.
Chem Style Used
Formations
Position
Rate Player Base Stats (1-10)
Pace
5
Shooting
5
Passing
5
Dribbling
5
Defending
5
Physicality
5
Most Used In:
Submit Review

I am usually the type of person to check reviews before trying players by myself, but since there are none here, I had to do it on my own. And trust me, i wouldn't do it if it wasn't worth it.

He is one of the best CB i have used this year. Played him on an anchor and had just about enough pace (was faster than DiNa and Mbappe on 1v1's), his defending is brilliant, and with such a physical presence, it makes it really difficult to get past him without using top tier skills.

His passing. Oh my god. He distributes the ball really well, and he feels super agile as well, which allows you to carry the ball ahead with him in counter attacks and allows you to gain some time when you need it for build ups. As I said, his dribbling is brilliant, he moves pretty well and feels good with the ball in his feet. Only for a 100k, he is way better than typical meta CB like Kimpembe, OTW Upamecano or Marquinhos(gold). Pretty similar level to Showdown Sule (my other CB), but bit different body types, with Niakhate feeling way more agile. Surely a W card

Pace (on an anchor was decent, although I would reccomend a shadow)

Passing. Togheter with its dribbling, and if you're feeling dangerous, you could even use him as a CDM

I got him from my 82 +x25 pack thanks to my luck nkunku potm was available and linked him with this beast.He was playing in Marquinhos which I was in love. But no regrets man. Not the hero I wanted but the hero I needed. No matter who he is defending against he just puts his body between the ball and the attacker. After that he is not turning to goalkeeper he just dribbles or makes a solid pass. He is pretty good on the ball. His height is ok but in headers he is not doing anything spectacular but ok. This card is a must have if you can link him.

His physic stats are pretty good and he shows them in game.

Perfect dribbling for a CB.

Really nothing comes to my mind maybe he can be better in headers.

He is the best CB I have used so far this year. His pace is solid with a shadow. His defending and Physicality are great for a defender. His passing is good for a CB.

Pace: I used a Shadow and he was able to keep up with most attackers.

Physicality: He was able to body every player off the ball.