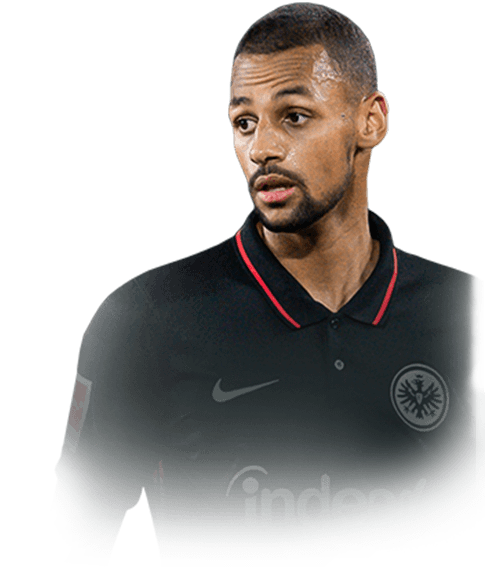 0
Red
Upcoming Matches
P. Chemistry
Squad chemistry
ST
81
RW
84
LW
84
CF
84
RF
84
LF
84
CAM
86
CM
88
RM
86
LM
86
CDM
89
CB
85
LB
86
LWB
87
RB
86
RWB
87
Reset
Basic
Sniper
Finisher
Deadeye
Marksman
Hawk
Artist
Architect
Powerhouse
Maestro
Engine
Sentinel
Guardian
Gladiator
Backbone
Anchor
Hunter
Catalyst
Shadow
Comments
Reviews
0
/600
Click here to verify your account in order to comment Update my avatar Dos and don'ts
Top Rated
New
Controversial
Show comments
Top Reviews
Only logged in users can submit a review
A review must be written in English
At least 200 characters are required.
Compare this player to other similar players you have used(optional).
If you import your club to FUTBIN or send us an image with the player data(fill the form below) your review will be marked as verified.
Include what you liked about the player in the pros area and what you disliked about the player in the cons area.
Your review will be manually checked during the next 24 hours.
Chem Style Used
Formations
Position
Rate Player Base Stats (1-10)
Pace
5
Shooting
5
Passing
5
Dribbling
5
Defending
5
Physicality
5
Most Used In:
Submit Review

I hadn't actually played FIFA in a week, as I think I last lost about 8 of my last 10 games in rivals. I'd only just been doing my daily 6PM logins to check the content, then logging out. Then yesterday I logged in and saw Djibril Sow added as an SBC.

I've used his standard gold card before in my starter squad, and then later in managerial masterpiece to get Reece Oxford, and I found him to be quite OP, so I was immediately interested in this card. I wasn't able to fit him into my team on full chem, but I figured that it would be better to have him in on 8 chem than gold Kimmich on 10. Whilst Kimmich had served me well for 138 games this FIFA, upgrading to an 8-chem Sow has so far proved to be a great decision.

It wasn't until after I'd played 5 or 6 games with him that I checked his height and was surprised to see he was only 6ft tall, because he felt and looked like he was 6ft3" in-game. He's so strong and aggressive at winning the ball back and wins so many aerial duels. If you're traumatised about being bullied at school when you were a kid, then you'll probably not want to come up against this guy.

After the first game I played with him, I checked his stats at the end of the game and it showed he had made 7 interceptions in that match with 4 tackles won. Whilst I haven't checked his stats after every match, his performances suggest he's kept up those stats in most games, and probably exceeded at times.

But not only does he win the ball so well, he can both drive forward with the ball, as well as make a telling pass.

I've played 12 games with him in rivals already, and have reached my 7-win target, which is a huge upturn from my poor run a week ago.

His value is utterly insane, and I would strongly suggest getting him to fit into your team, even if you can't get him on full chem.

I saw that card and i really was impressed by his stats and work rates. First of all i dont wanted to do him because he dont fit my squad but then the fifa devil inside me wanted to try him as a CB.

I want to apologies to all stikers but you wont score many goals because he is amazing. His work rates are good to which is very rare for a non icon cm.

90k for this card is way to cheap... He is a must do sbc if u can link him but thahts not that easy.

74 Sho is not impostant for a cb

Pac: this boy is soooo fast with a shadow i play him next to baby desailly and this combo is perfect

Sho: His shooting stats are great for a cm but i never shot with him tbh

Pas: His 88 passing is so helpfull and i love it

Dri: His agility is very good and his ballcontrol is so important

Def: He is a Wall... I cant say more then this but he is really a Wall

Phy: He is just a Monster even if he is not the tallest

As i said he is very good and 90k is way to cheap. He is a perfect CB with amazing stats and a very good feeling at the Ball. In many situations he just outrun Mbappe or Vini. The problem with fast defenders is mostly that there is a big con like his workrates or high or just a bad defending but in 12 games i dont feel anything bad about this card. His defedning is so good he can just push other defenders away or win the speed race. The duo od Desailly and sow ist just amazing and i dont want to change my defence for a while.

St: Mbappe if and Ginola

Thank you for reading my Review

When I tell you the first time I saw this card (or leaked I should say), something about it just told me "Must Complete SBC, you're buggin if you don't splurge your fodder." At the time I was using POTM Nkunku and Lacroix-Sule/Mbabu (yikes). Expecting for this SBC to be at least 200k, I saved my coins and did every fodder SBC to stack up to do it for free. Day of release, 80k value................

When I tell you this is one of the best pure DM's in the game, it's sometimes unexplainable. Pace on the ball, EXCELLENT. He is rapid, and using the shadow chem style is so crucial to unleash his true potential. His positioning, patience waiting for the attack to step up to him, only for him to press the man as soon as it crosses the midfield line and take the ball is pure class. Counterattacks are started with him, or just him putting in a crunching tackle, then the other DM cleans up and finishes the job. It doesn't matter who you pair with him in the midfield, pair Renato Sanches, Ballack, Acuna Headliners (In my case), and he will outperform them all. Passing 10/10, rarely puts in a wrong foot, and so many other traits you need from a DM he checks all the boxes. STAMINA HUGE FACTOR AS WELL!! He goes the whole game no fail.

I use Sow in a 352 with the likes of either Acuna Headliners, WW Guendouzi or WW Aouar in pairing. In the DM SLOT of course, he is a DM or CM strictly.

If you did this SBC, well done to you, you are the few who know. To the rest....... UNLUCKYYYY

-Shooting (Believe it or not, definitely scored some screamers in a Rivals game or 10)

-Only thing I'd say is sometimes can be outbodied by Icon Midfielders, such as Vieira, Gullit. Seeing these in the Elite Division often hurts, but he definitely holds his own against the top tier players.