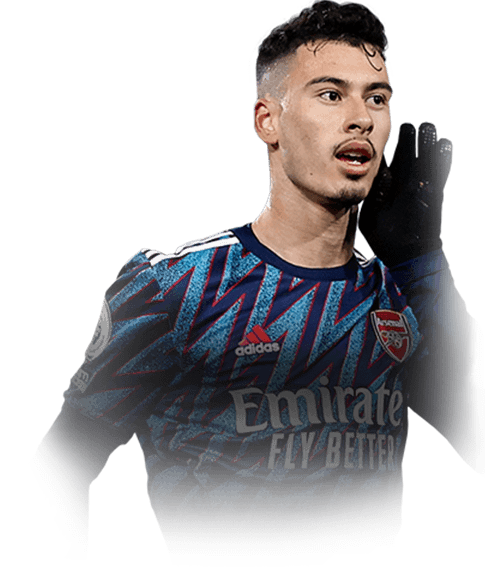 -
Sub out
Upcoming Matches
P. Chemistry
Squad chemistry
ST
83
RW
85
LW
85
CF
85
RF
85
LF
85
CAM
83
CM
76
RM
84
LM
84
CDM
65
CB
61
LB
68
LWB
70
RB
68
RWB
70
Reset
Basic
Sniper
Finisher
Deadeye
Marksman
Hawk
Artist
Architect
Powerhouse
Maestro
Engine
Sentinel
Guardian
Gladiator
Backbone
Anchor
Hunter
Catalyst
Shadow
Comments
Reviews
0
/600
Click here to verify your account in order to comment Update my avatar Dos and don'ts
Top Rated
New
Controversial
Show comments
Top Reviews
Only logged in users can submit a review
A review must be written in English
At least 200 characters are required.
Compare this player to other similar players you have used(optional).
If you import your club to FUTBIN or send us an image with the player data(fill the form below) your review will be marked as verified.
Include what you liked about the player in the pros area and what you disliked about the player in the cons area.
Your review will be manually checked during the next 24 hours.
Chem Style Used
Formations
Position
Rate Player Base Stats (1-10)
Pace
5
Shooting
5
Passing
5
Dribbling
5
Defending
5
Physicality
5
Most Used In:
Submit Review

4.5
The Brazilian R9 (Best Red I Have Ever Gotten)
13 users liked this review

I'm a gooner plain and simple. When Gabi smashed in that second goal vs Leeds I knew what we were getting. When this card came out I knew I needed his red. I played to six wins because I count be bothered and in the second pick he was right their the Brazilian R9 looking right me. So I picked up the best Scottish left back and we got going. I played 12 games of rivals with him so far and he is electric. In an attack with the new rat, the Canadian R9 and the Bulgarian Goat, he fit right in. He scored for fun and moved the ball around. He outside the box shots were so fun with his shooting traits and made Kimpebe cry sometimes. If you are a gooner you need this card in the 4-5-1 with KT and if you and the chance to pick him in reds and didn't you missed out. BTW EA why does he have 3/3 he deserves 4/4 at least. Happy Holidays!

I’ll start this off by saying, just like the other review…Im an Arsenal supporter and huge Martinelli fan. So, For sh*ts and giggles I temporarily shifted my team around so I could play a few games with him. I honestly had no intentions of playing him consistently. However, a “few games” quickly turned into him being a focal point of my attack. Currently with 12 games played, Martinelli has a return of 22 goals and 12 assists.

I switch to the 4312 in game and have him playing as my left striker. He’s fast, feels great on the ball, and can finish surprisingly well. With h/h work rates I find him winning back possession in the attacking half quite a lot as well. Apart from having 3*3*, I haven’t noticed very many downsides, at least with my custom tactics and the way I play fifa.

I say give him a try If your an arsenal supporter, looking for a cheap lw/st, or just wanting something different.