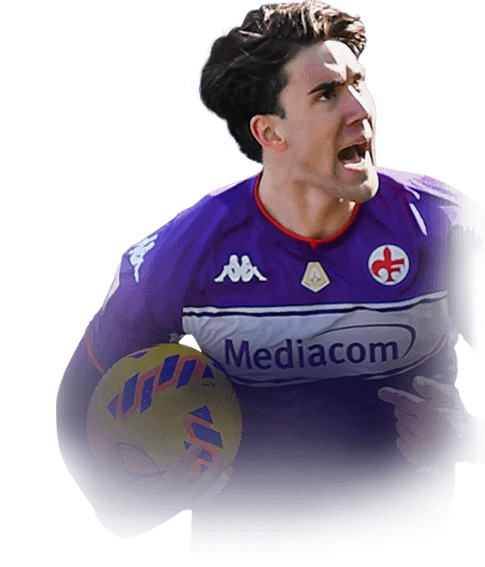 -
Sub out
Upcoming Matches
P. Chemistry
Squad chemistry
ST
91
RW
85
LW
85
CF
88
RF
88
LF
88
CAM
84
CM
77
RM
83
LM
83
CDM
60
CB
55
LB
59
LWB
62
RB
59
RWB
62
Reset
Basic
Sniper
Finisher
Deadeye
Marksman
Hawk
Artist
Architect
Powerhouse
Maestro
Engine
Sentinel
Guardian
Gladiator
Backbone
Anchor
Hunter
Catalyst
Shadow
Comments
Reviews
0
/600
Click here to verify your account in order to comment Update my avatar Dos and don'ts
Top Rated
New
Controversial
Show comments
Top Reviews
Only logged in users can submit a review
A review must be written in English
At least 200 characters are required.
Compare this player to other similar players you have used(optional).
If you import your club to FUTBIN or send us an image with the player data(fill the form below) your review will be marked as verified.
Include what you liked about the player in the pros area and what you disliked about the player in the cons area.
Your review will be manually checked during the next 24 hours.
Chem Style Used
Formations
Position
Rate Player Base Stats (1-10)
Pace
5
Shooting
5
Passing
5
Dribbling
5
Defending
5
Physicality
5
Most Used In:
Submit Review

I did him just for fun with some fodder in my club to try a new card in the weekend league, and I can say that he was better then expected. His agility was still playable and obviously nothing meta, but enough to have fun with him. You can obvioulsy skill with him but his headers and 95 finishing was fun to play with so I would recommend this to everyone under like division 4 to try. I'm in div 1 und played him in the weekend league and won 3 out of 4 games. He scored 6 goals.

there are some good links, but I dont know if their good enough

dribbling obiously (its not too bad)

He's a physical striker, and his agility/balance combination sure isnot good. But he's really a goal machine inside the penalty area, especially with his left foot... his rith isn't the best but it's pretty solid inside the area.

He's not a meta player of course, but he's usable, also if launched in full speed he keeps up the pace and phisically he's pretty solid. If you understand how to use it, he'll be a good striker even in high divisions (i used him in Div 3->1). For his price he's not that bad, and eventually he's an 87 fodder for future sbc's

shooting inside the area

dribbling (you must use him as a rundown player, even if sometimes i managed to dribble Varane and Kimpembe with the R1)

-speed in the forst meters

I used him in fut champs and div rivals, and he sucks! his card is clunky, he has no agility of balance, it feels like van dijk and kane were mixed. he is not worth the 20k. absolute letdown of a card.

no long shots, no dribbling, only inside penalty area striker