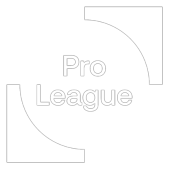 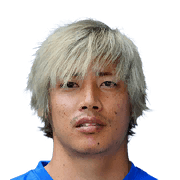 -
Sub out
Upcoming Matches
P. Chemistry
Squad chemistry
ST
79
RW
86
LW
86
CF
84
RF
84
LF
84
CAM
84
CM
82
RM
86
LM
86
CDM
76
CB
69
LB
77
LWB
80
RB
77
RWB
80
Reset
Basic
Sniper
Finisher
Deadeye
Marksman
Hawk
Artist
Architect
Powerhouse
Maestro
Engine
Sentinel
Guardian
Gladiator
Backbone
Anchor
Hunter
Catalyst
Shadow
Comments
Reviews
0
/600
Click here to verify your account in order to comment Update my avatar Dos and don'ts
Top Rated
New
Controversial
Show comments
Top Reviews
Only logged in users can submit a review
A review must be written in English
At least 200 characters are required.
Compare this player to other similar players you have used(optional).
If you import your club to FUTBIN or send us an image with the player data(fill the form below) your review will be marked as verified.
Include what you liked about the player in the pros area and what you disliked about the player in the cons area.
Your review will be manually checked during the next 24 hours.
Chem Style Used
Formations
Position
Rate Player Base Stats (1-10)
Pace
5
Shooting
5
Passing
5
Dribbling
5
Defending
5
Physicality
5
Most Used In:
Submit Review

Thus begins my quest to convert this subreddit to quicksell their Neymars and Mbappes, and to begin using unconventional players.

Since it’s my aim in life to use such cards in my FIFA journey, the release of Junya Ito’s second in-form was a godsend. I’ve always loved using Japanese players in Fifa, not only because of my own heritage or the fact that my favourite players were Nakata and Nakamura, but also because of the diversity and non-meta feel they provide, while still being able to compete at a high level.

Throughout 25 games of Junya Ito in the Elite Division and FUT Champs, where he was joined by his compatriots, His Royal Highness King Kazuyoshi Miubappe and Shunsuke Nakaneymar, Ito scored 7 and assisted 19. Here are my humble thoughts about his performance.

For wide players, I find it hard to disengage from the notion that both passing and left-stick dribbling are heavily interlinked and having one worse than the other will break the player. That being said, Ito has superb responsiveness, and swerves and turns at your behest. Hence, he offers you the tools to beat the man consistently, and he has the necessary passing to lay off to your strikers easily.

His low shot power hampers him, and even with the Finisher chemistry style you can feel the base 80 shot power. He can finish in high percentage situations, but I wouldn’t recommend you playing him in the centre, due to the next part of the review.

If you watch closely in game, when the wind blows on the pitch, you can see him sway slightly, his sub-70 base strength valiantly fighting a losing battle against the wind. Let’s put it this way, I’m taller than him (1cm), and heavier than him (20kg), and I still topple like a deck of cards if a somewhat strong person comes my way. Ito ain’t gonna be winning you any L2 battles.

You would want to use him only on the wing, and pass consistently into the box from the byline. His lean body type, coupled with his 99 agility, 90 balance, and 99 dribbling on a Finisher chemistry style translates into a silky Japanese worm, twisting and turning into the box for sumptuous layoffs to the onrushing King Kazubappe or Shunsuke Nakaneymar to finish off like a bowl of cheap ramen. Though he might have decent finishing stats, his low shot power lets him down at times, and you are better off using him as a creator than a finisher.

Finishing could be way, way better

Predominantly a side player

Not as handsome as Nakata. But then again, who is?